The deferral will anger many club administrators and coaches who point out the Eels and five officials were punished by the NRL two years ago, while player managers continue to be a major source of instability in the game. 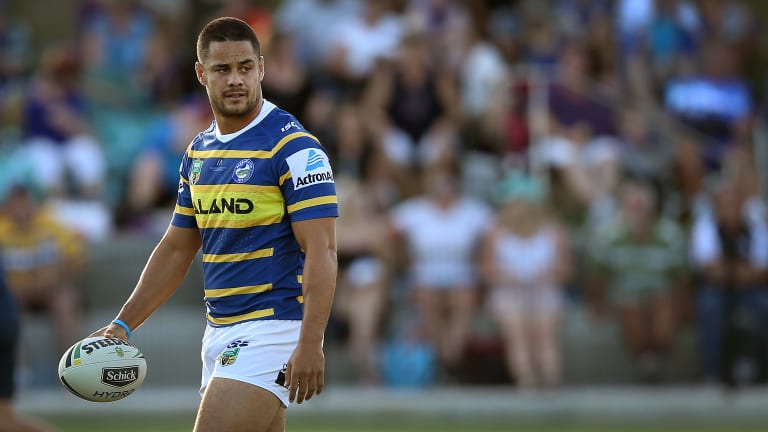 A former football manager at the Eels paid Jarryd Hayne nearly $40,000 from his personal account in several payments in 2015.

Some club chairs are agitating to have players pay agents’ commission direct, severing the co-operative relationship where clubs deduct the fees from the monthly payments made to players.

The agent then invoices the club for the commission it collects.

“The NRL could shut down this industry overnight if players were required to pay their agents direct,” one club boss fumed.

Coaches and club football managers also point out agents oppose the NFL model where salary offers for players are transparent between clubs, citing a breach of privacy. However, confidentiality is the least of the concerns of rugby league agents when it benefits them to destabilise a coach with leaked stories he is "losing the dressing room".

Agents also oppose transparency of offers because it is counter to their tactic of fuelling inflation (including their fees) by exaggerating offers from rival clubs, including the fictitious promise of third party deals.

The NRL has provided the indemnities but with protection comes a level of control.

The agents sanctioning body is an independent committee, not owned by the NRL or RLPA. Because the NRL is providing legal protection to the seven committee members, it requires they be comfortably satisfied their judgements withstand challenge in the highest court in the land.

Paul Massey, the Operations Manager of the RLPMAC said, “The Parramatta investigation was on the agenda at our meeting and the matter was discussed at length. However, we decided to put it back on the agenda until our next meeting on June 6.”

With over 600 pages of evidence, some of questionable credibility, embracing 12,000 emails, the committee must trawl through the material to produce compelling cases. No more evidence is required, merely a judgement on what material accompanies show cause notices which will result in unchallengeable sanctions.

The sheer volume of evidence means that punishment handed down will relate only to the Parramatta salary cap breaches.

Agents complicit in the Manly scandal involving third party agreements may be sanctioned at a later meeting.

However, if a player manager deregistered as a result of the Parramatta evidence, is again exposed by the Manly case, the original punishment may render later penalties unnecessary.

The eventual punishment will need to be very strong to placate some NRL coaches and administrators increasingly frustrated agents are rarely challenged by a timid media.

An eventual casualty is also expected to be the RLPMAC itself, an unwieldy body where the NRL has only one representative and the RLPA two.

It is expected the next iteration of the sanctioning body will be a committee consisting of equal numbers from the NRL and RLPA.

The RLPA would take over the day to day management of the committee, while the NRL would resource it, provided it had a robust set of rules.

This would overcome the criticism of the current committee structure which has three player manager representatives, meaning agents are judging agents.