Whilemost of the big names have made their deals, either signing with new teams or getting a big payday from their old one, Leonard has remained on the sidelines of free agency.

But on Monday night, an eyebrow-raising $10,000 bet was placed on the Los Angeles Lakers to win the 2020 title, and it could be the best indication yet that Leonard is close to joining LeBron James and Anthony Davis in purple and gold.

According to Arash Markazi at the Los Angeles Times, the bet was placed at the Westgate Las Vegas Superbook at 7/4 odds.

It’s possible there was simply a confident bettor who felt like putting a hefty bet on the Lakers. But as Markazi notes, the last time a $10,000 bet in came on the Lakers, it was just minutes before the team announced that they had traded for Anthony Davis.

Read more: An eyebrow-raising $10,000 bet was placed on the Lakers just minutes before the team traded for Anthony Davis

“I’m sure it was with knowledge, but that’s why we have liability limits in place,” Jeff Sherman, manager at the Westgate, told Darren Rovell of The Action Network after the first bet was made. 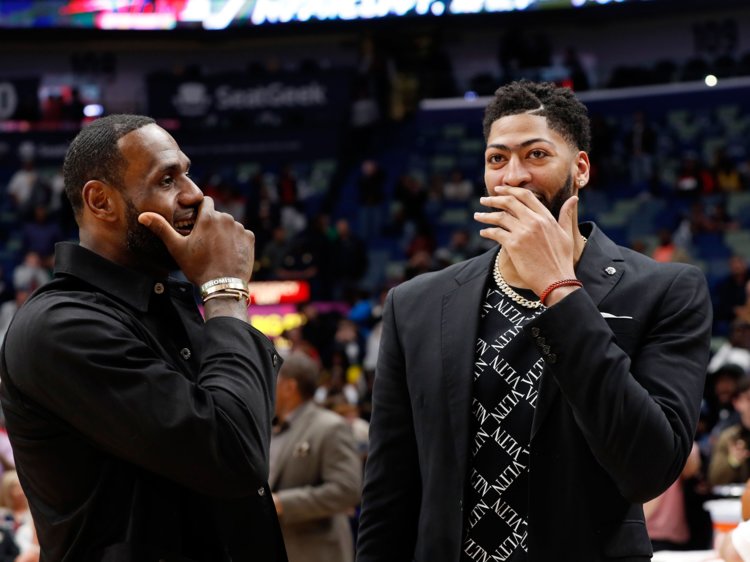 It’s not clear that this second bet came with any inside knowledge, or if Leonard will even wind up with the Lakers when he makes his free agency decision, but after what happened with the last bet, it’s no surprise Los Angeles fans are hopeful.

Until this week, the best indication of Leonard’s potential future with the Lakers came in the form of a cryptic tweet from James. Again, while it could have meant next to nothing, there were some that believed LeBron was teasing Leonard’s arrival.

Read more:LeBron James teased a change to his jersey number on Twitter, and some fans think it’s a hint that the Lakers will sign Kawhi Leonard

As things stand, Leonard has plenty of good options in front of him. He just won a championship with the Raptors and could return to the team and try to defend that title, either on a long-term deal or ona one-year deal that would put him in position for a huge payday next offseason.

He could also head to Los Angeles, where he has long been rumored to want to play, and join the Lakers or the Clippers.

We don’t know what will happen yet with Leonard’s free agency decision, but by the looks of it, there’s one bettor in Vegas who might have an idea.