The British superstar was given VIP access as he went backstage to meet the likes of Stephen Curry and David West. 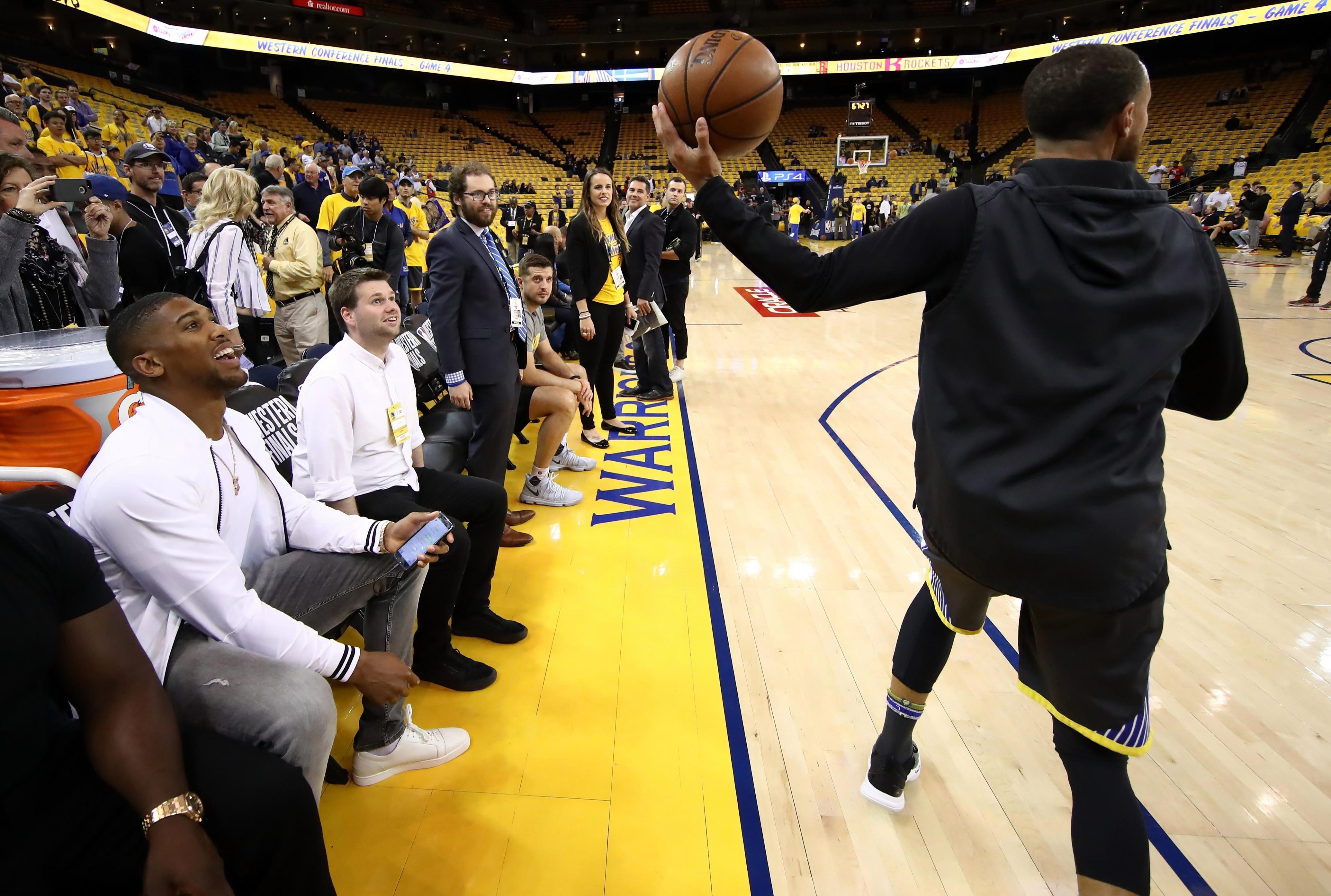 Joshua, 28, was given special treatment after being invited to watch the NBA Playoffs between the Warriors and Houston Rockets.

And he was treated to a cracker at the Oracle Arena in California with the Rockets snatching a narrow 92-95 victory.

The current IBF, WBA and IBO champ was given a star's welcome as Golden State Warriors players joked and laughed with him before the contest.

After the match he was invited to mingle with the players where he had a lengthy chat with Curry while also having a snap with rapper Trae. 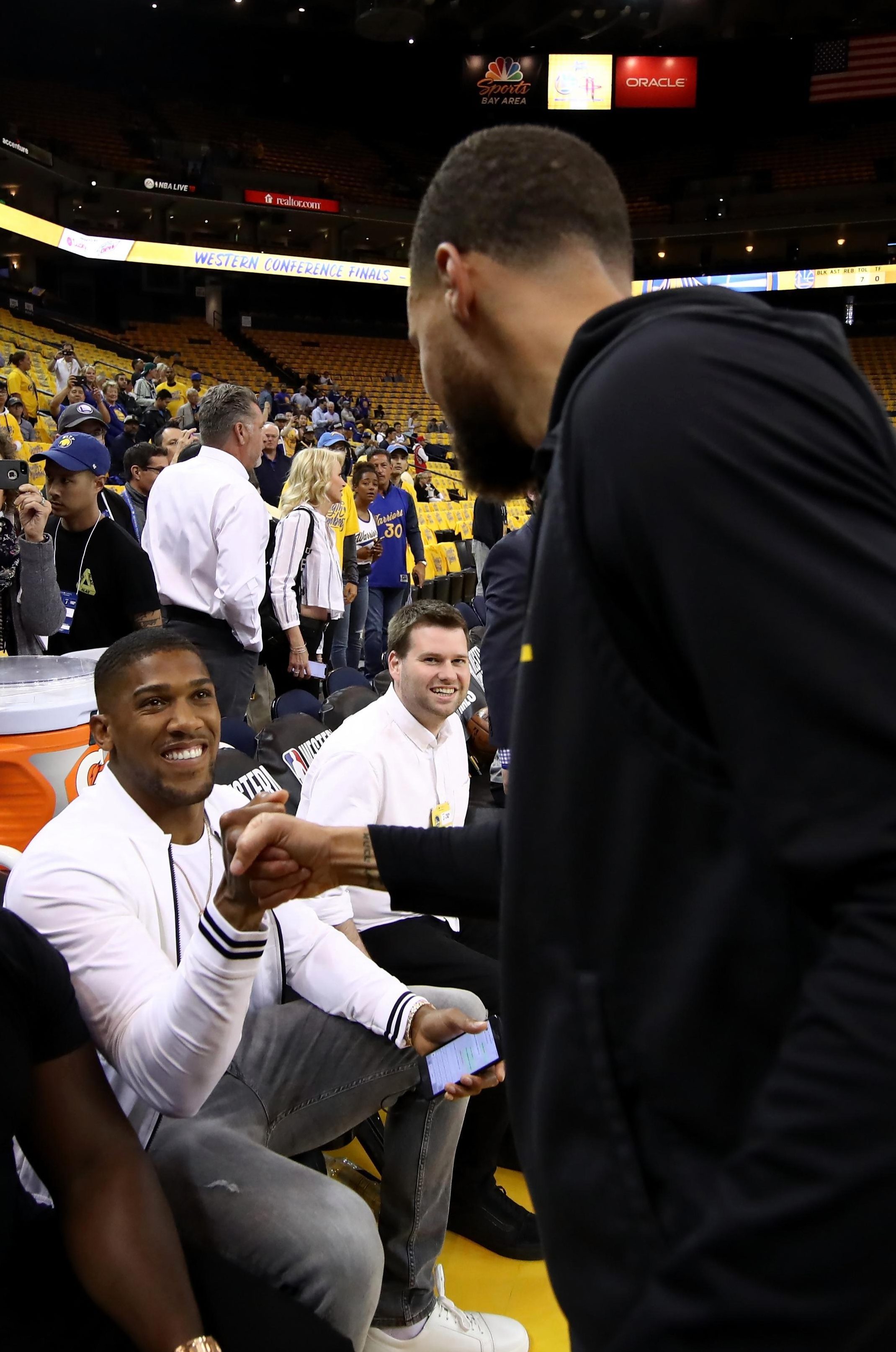 Joshua is spending his time relaxing before the hard work begins when he eventually takes on Deontay Wilder.

He was offered a £37million deal to take on Wilder but is braced to reject the money because the fight was proposed to take place in America.

Joshua wants his next bout to be in front of his own crowd as he guns for Wilder's WBC crown. 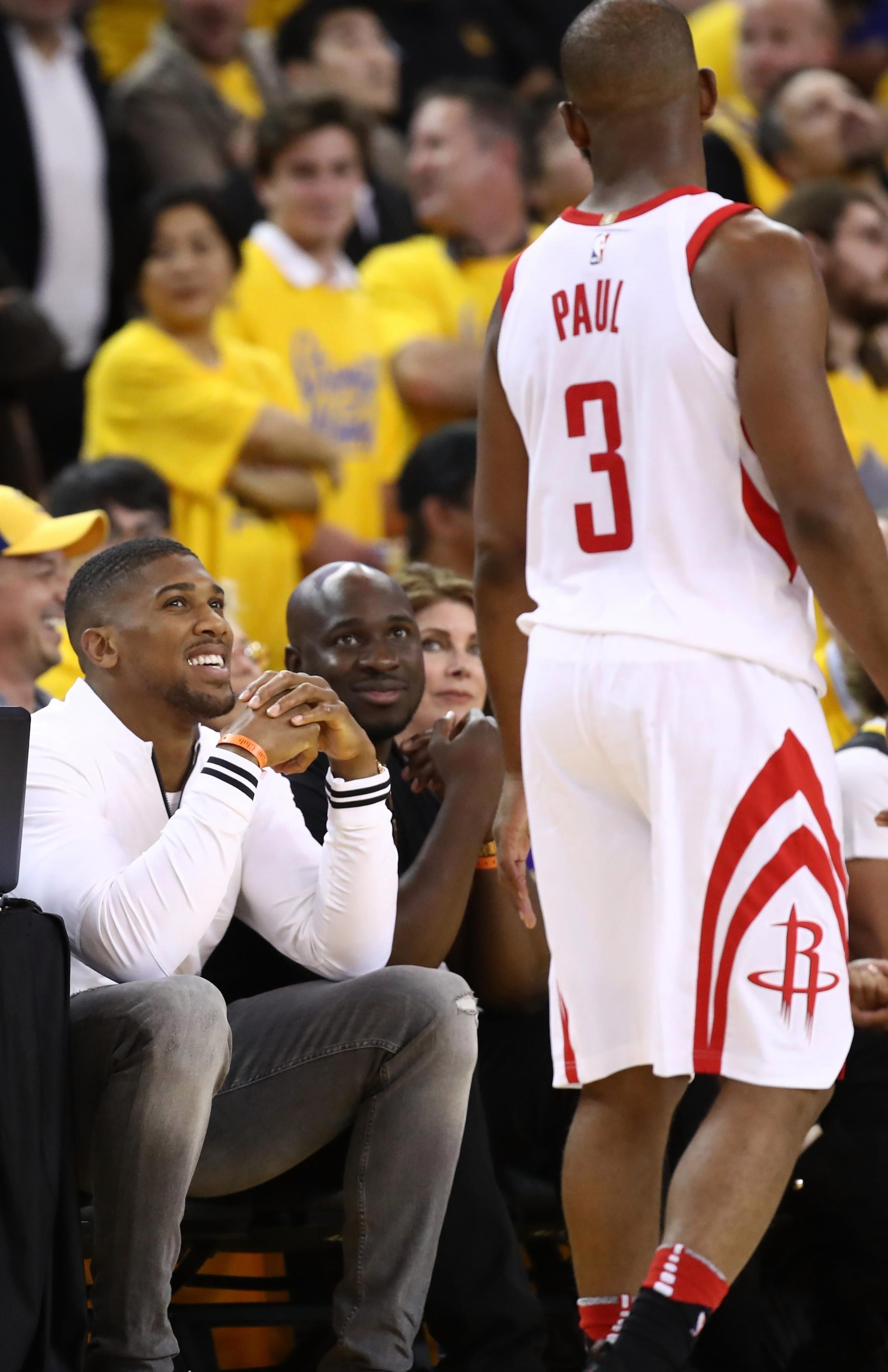 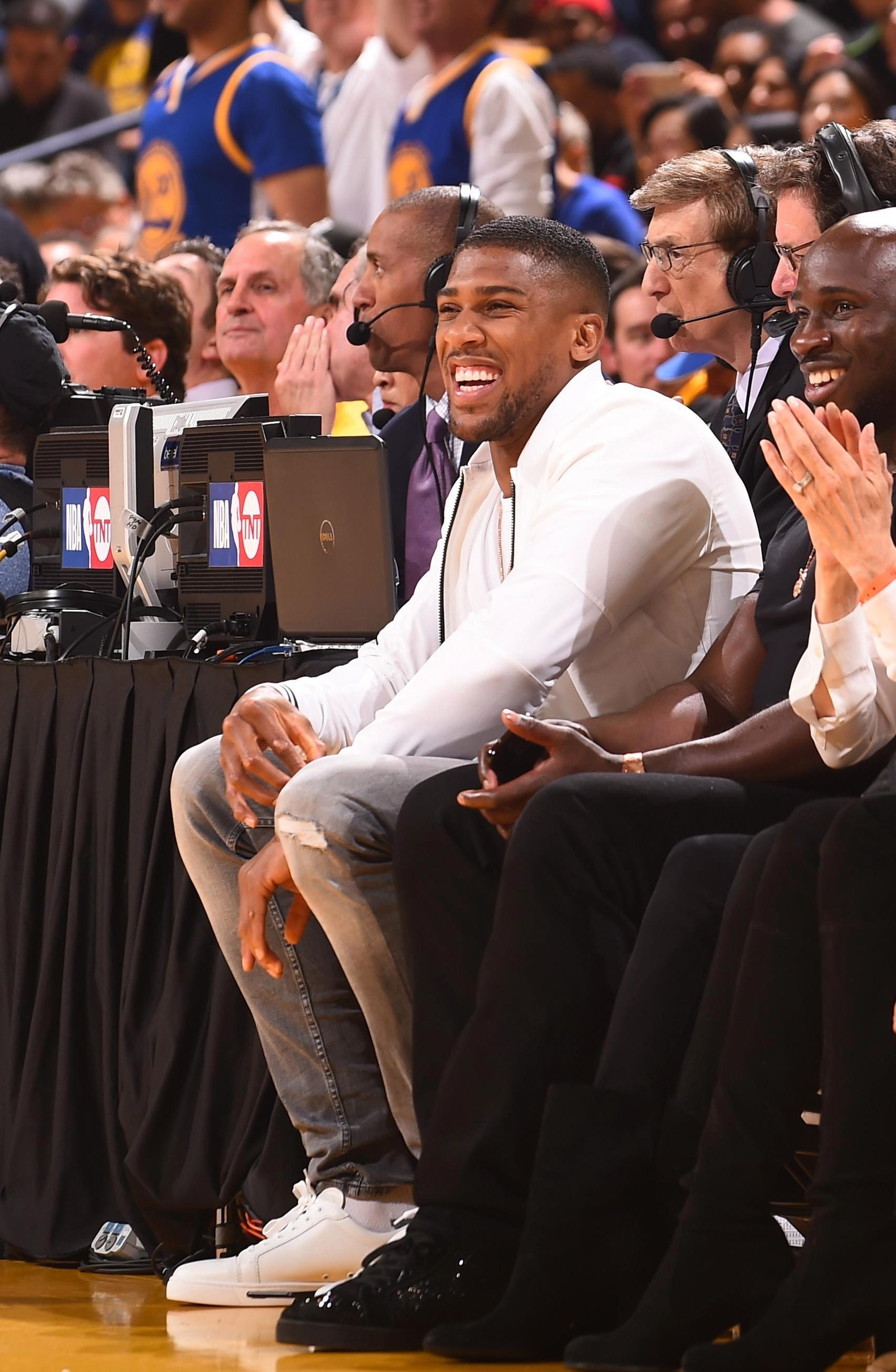 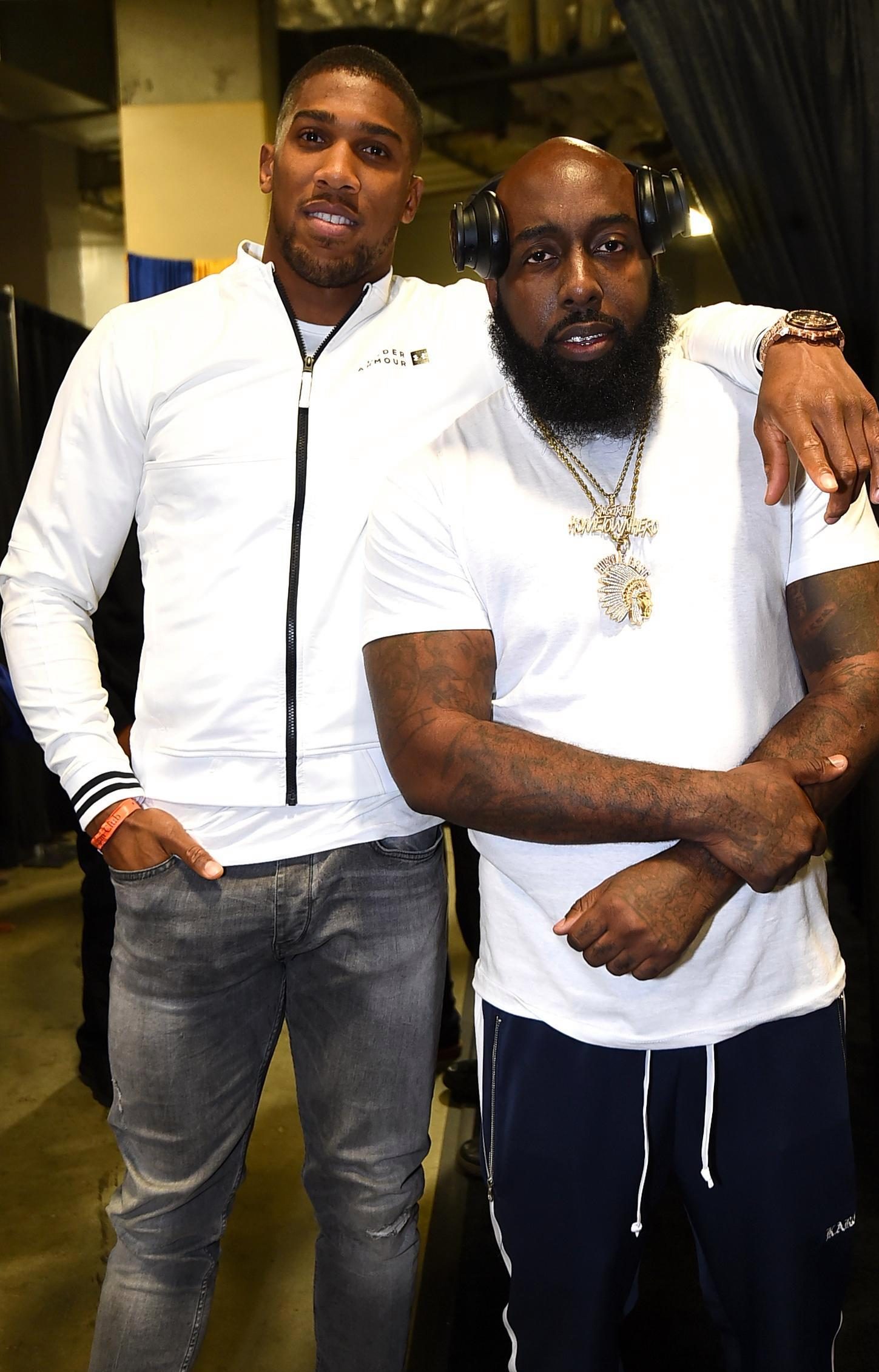 EYE UP, RICKY Ricky Hatton enjoys the sights as he relaxes and takes selfies with fans during Tenerife holiday 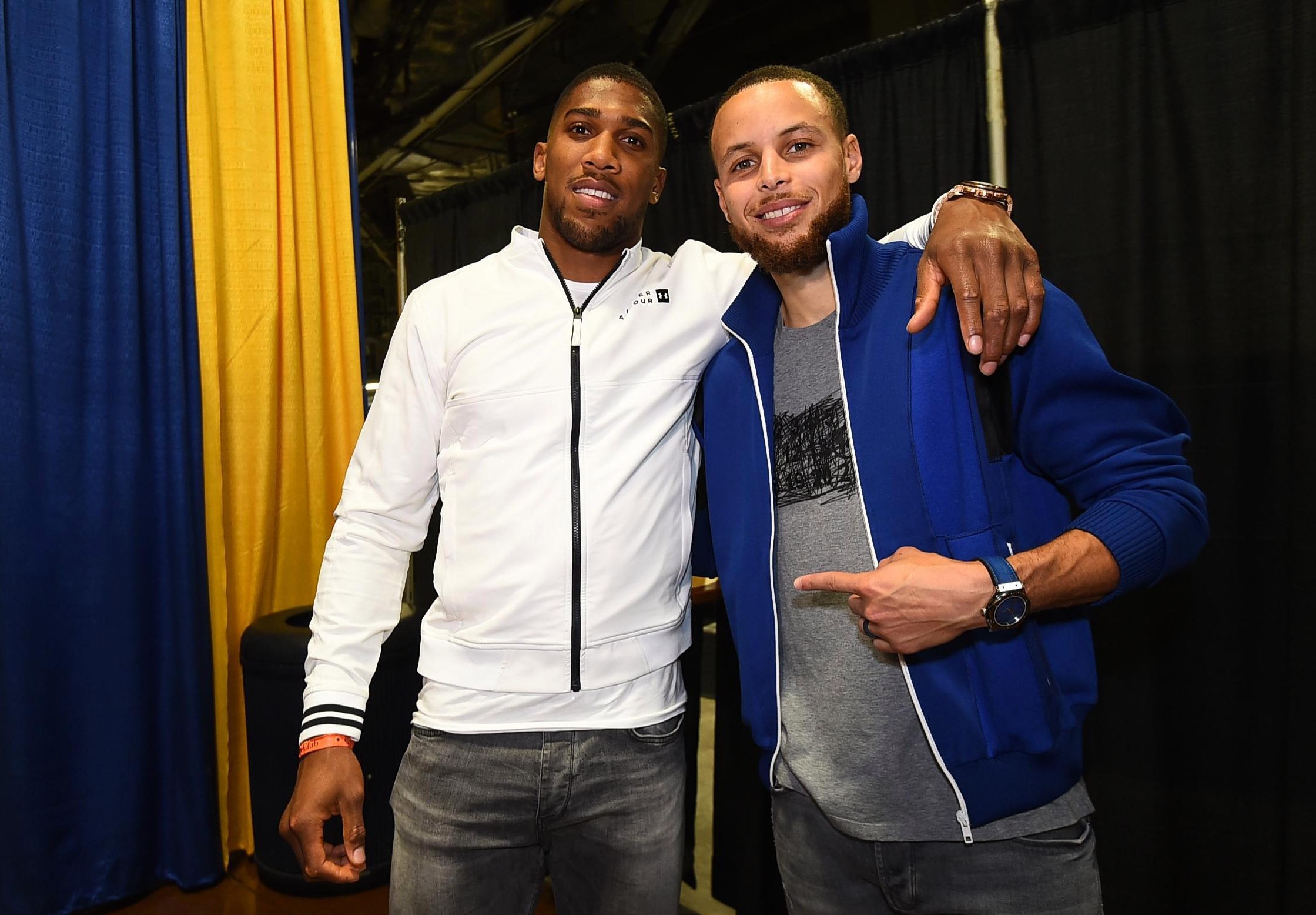 Wembley Stadium could host the fight and Joshua is willing to take a pay cut to ensure it happens.

Joshua told Capital FM: “With this Las Vegas talk, I owe it to everyone in Great Britain that have been supporting me to do my best to get this fight in the UK, in my opinion, that’s number one.

"But the thing is with that, number one as I’ve said, I owe it to the fans and everyone that’s been supporting me to do it here [Britain]."