Joshua admits he is “under tons of pressure” as he puts his WBA, IBF and WBO world heavyweight title belts on the line against the Russian at Wembley on Saturday night. 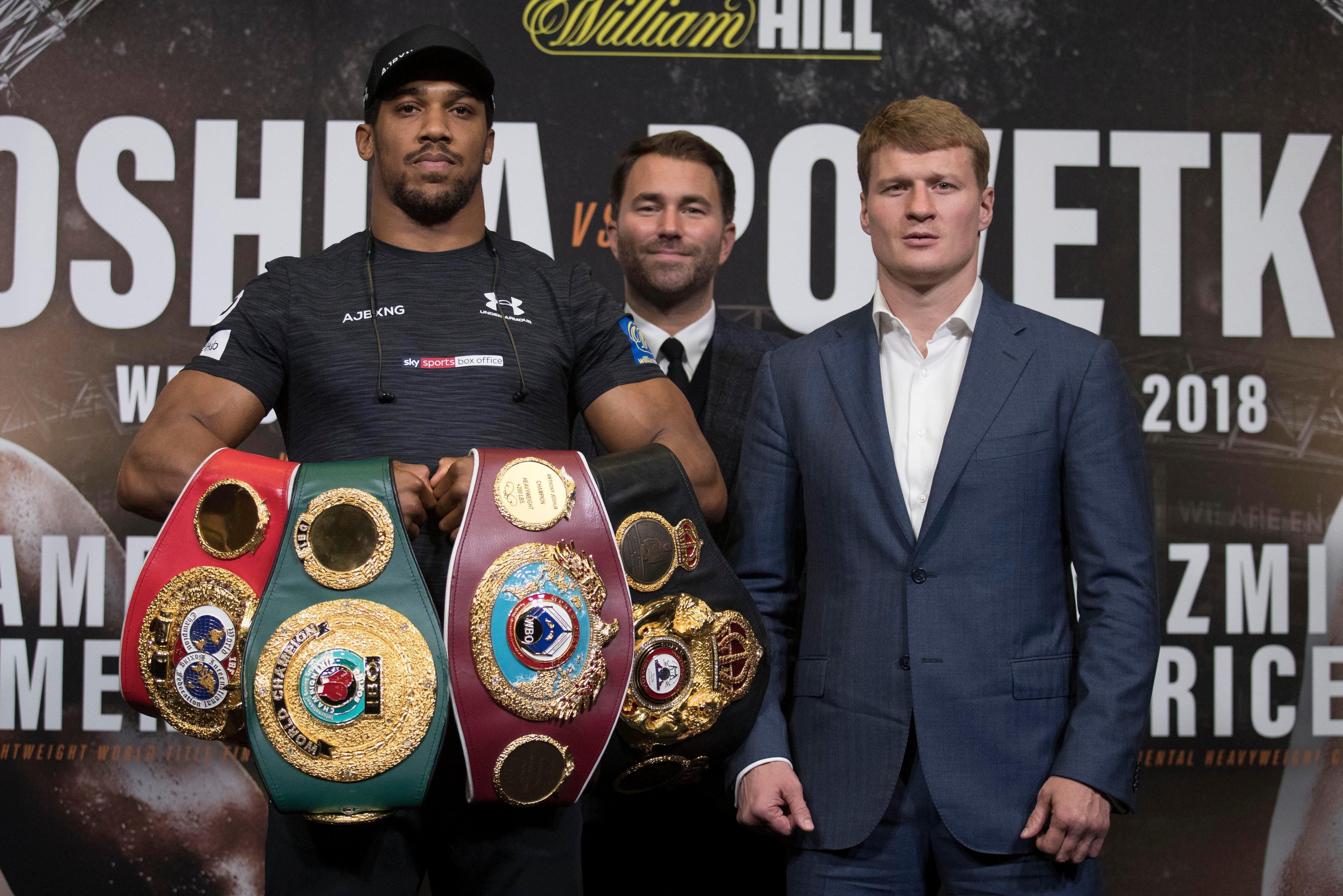 Povetkin has twice failed drug tests that led to suspensions and fines but is now the mandatory challenger  to Joshua’s  titles.

But Joshua said: “My job is to show the non-drug cheat is a stronger, better fighter — and that’s why I have to fight.”

AJ also admitted he is not completely happy about Povetkin being named as his mandatory challenger but will have to “deal with that”.

He told Fight Hub TV: “If you’re on drugs you get banned, simple as that. I do believe in a fair fight.

“It damages my opponent’s health if that was me cheating. So drug cheats should be more severely dealt with.” 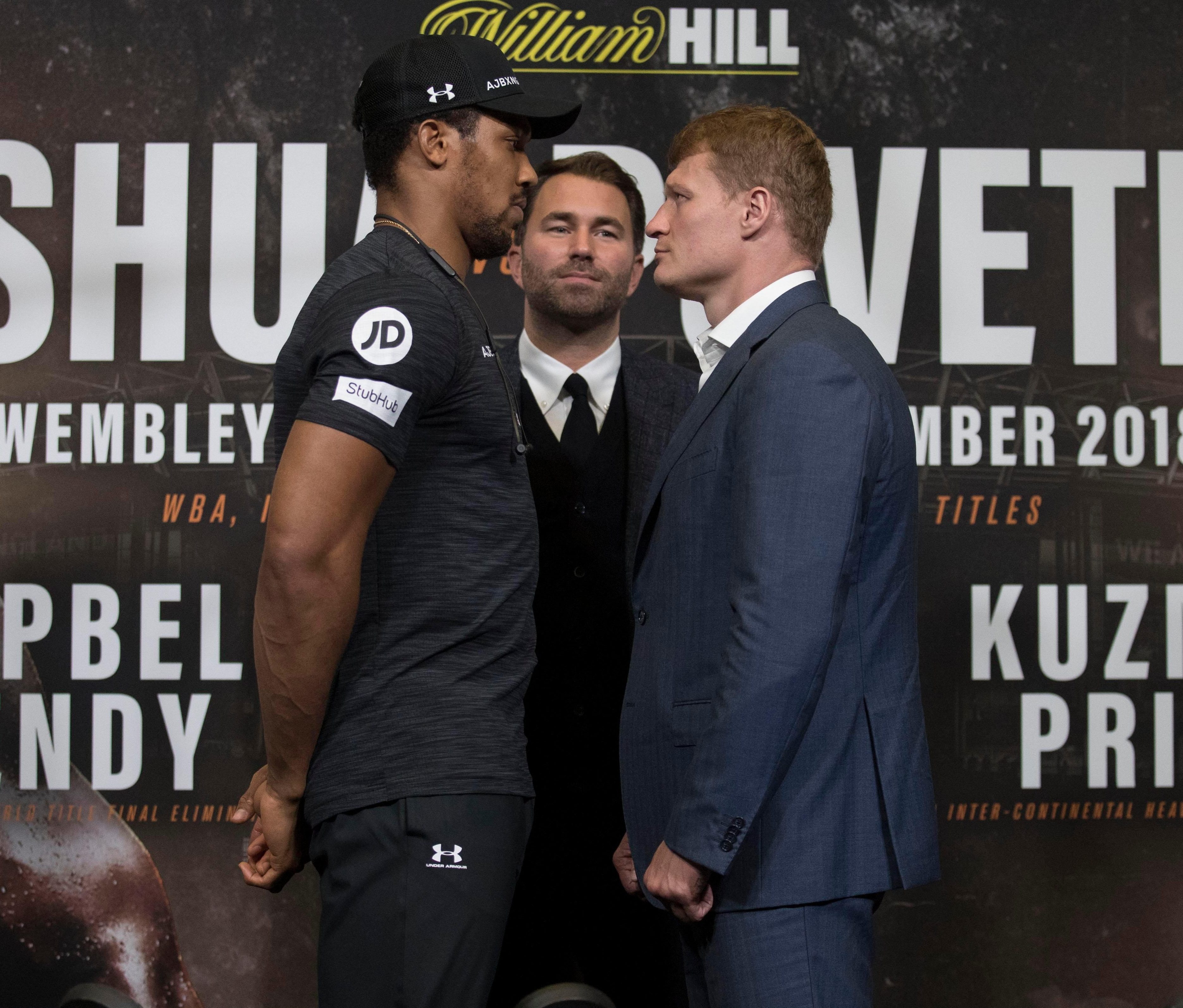 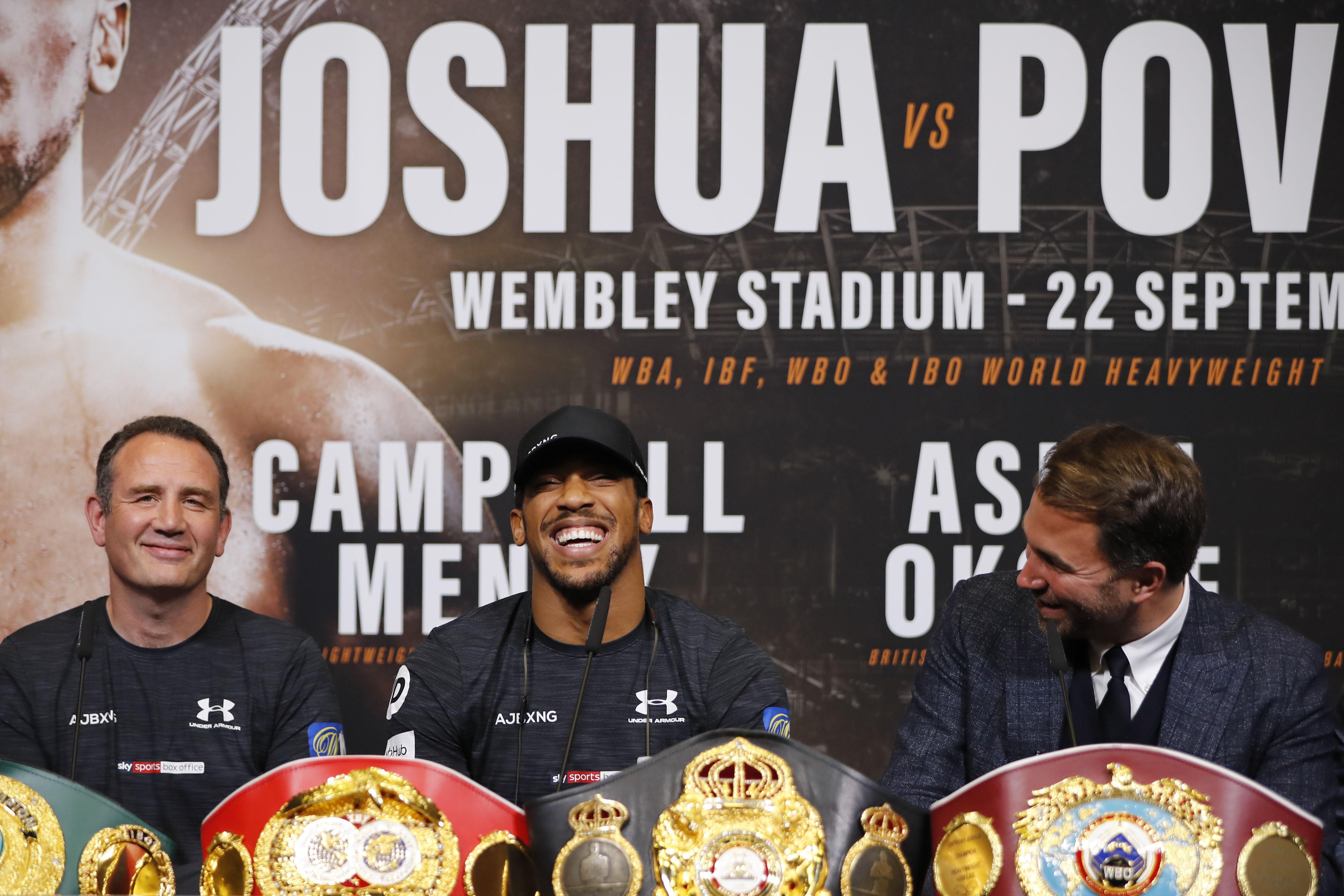 When asked if he believes Povetkin deserves the fight, Joshua replied: “Yeah, he’s the mandatory challenger, for whatever reason, so that’s the guy I have to fight, ain’t it?”

“Even though we present ourselves as calm, cool and collected, we know what we’re in for.

“You’ve just got to roll with the punches. What more can I do than give my best? You find a way to win and grind it out.

“My body has been broken down and built up again in this camp like never before.

“I just love to fight. I love fight week — I can finally taper down a bit, get my strength back.”

AJ will be boxing at Wembley for the first time since his epic knockout victory over Wladimir Klitschko last April. 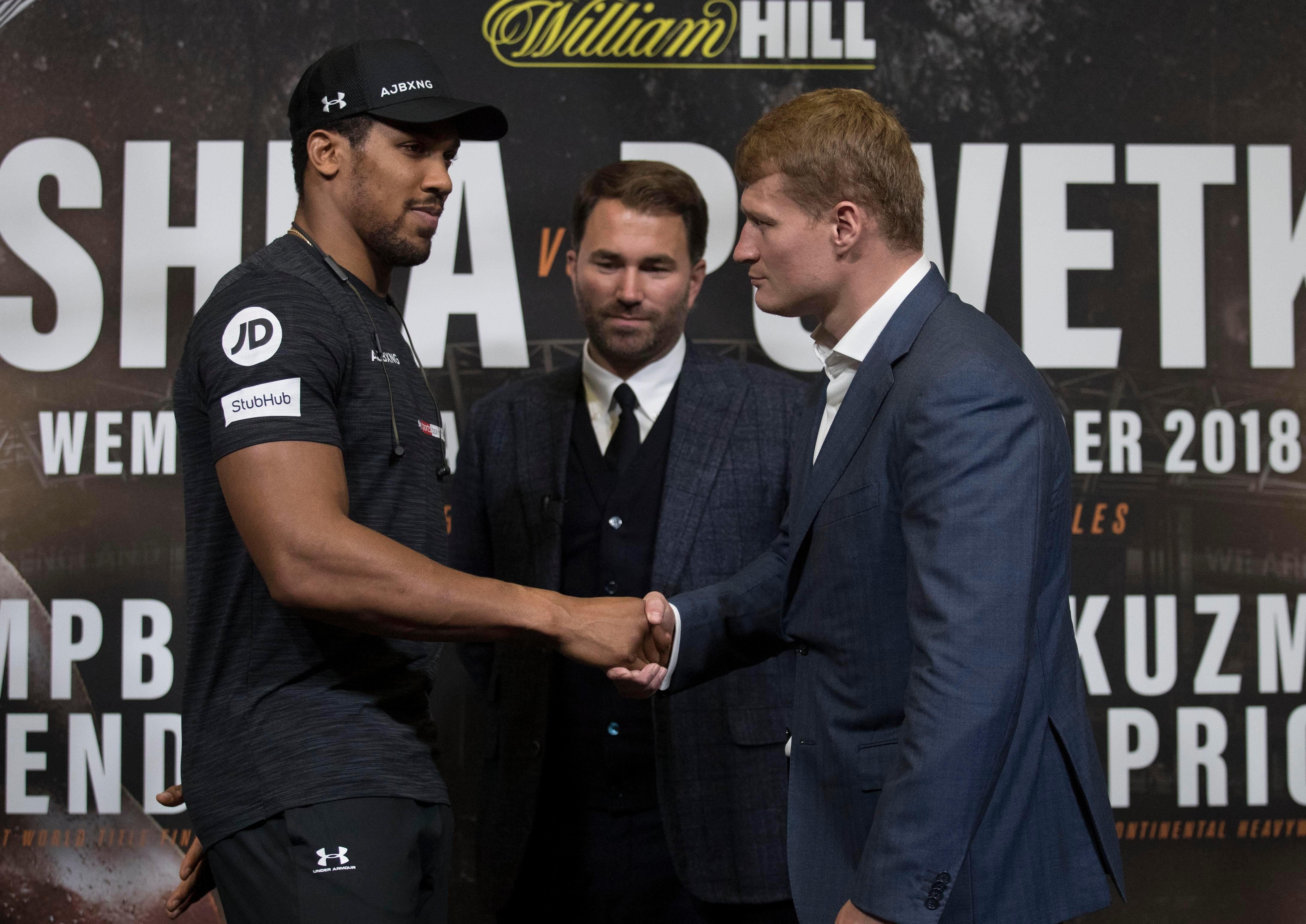 But he reckons he feels used to competing in major stadiums after two subsequent successes at Cardiff’s Millennium Stadium, against Carlos Takam and Joseph Parker.

The 28-year-old said: “This doesn’t feel new to me any more. Wembley feels like home now.

“Coming back here is a blessing. It’s time to just put on a performance.”