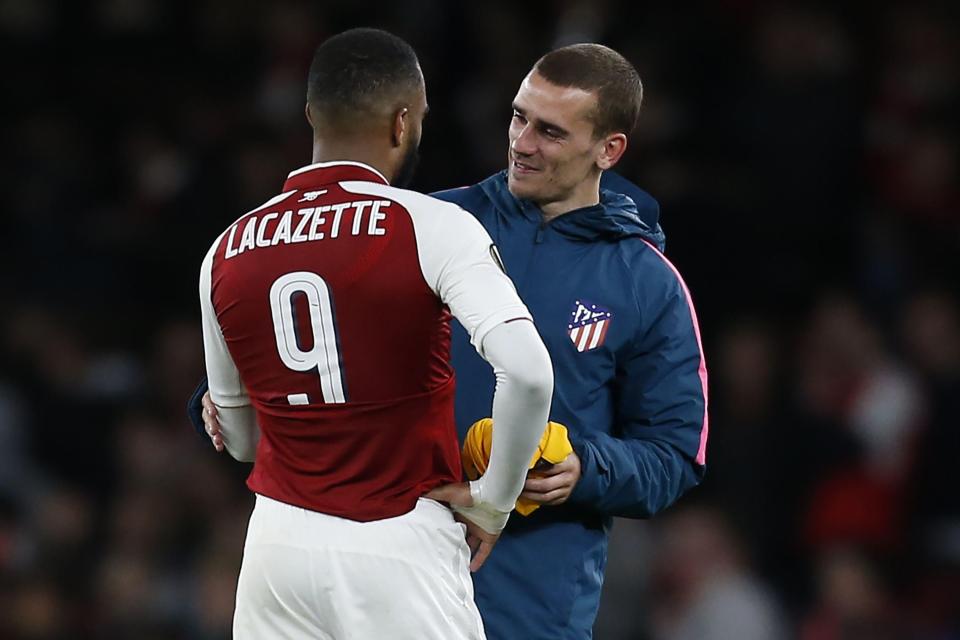 And both were on the score-sheet in the first leg showdown before swapping shirts at the end.

Griezmann and Lacazette exchanged jerseys and a laugh on the pitch at the end of the 1-1 draw.

French forwards Griezmann and Lacazette are best friends and even went on holiday together to Los Angeles.

Before the Europa League semi-final, Lacazette spoke of his close friendship with the Atletico forward. 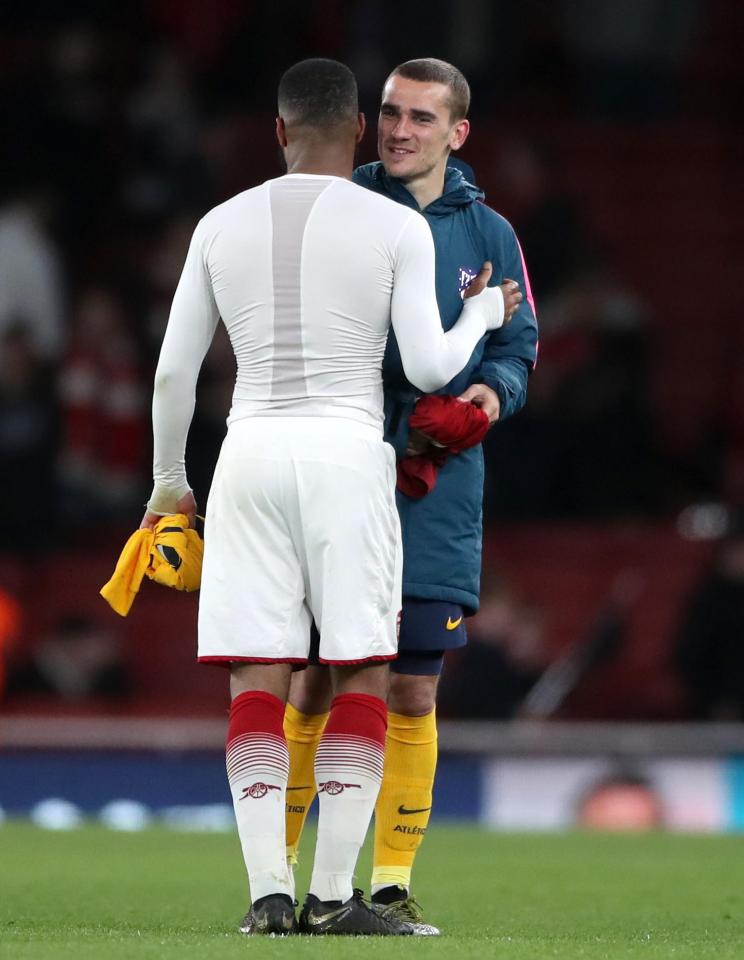 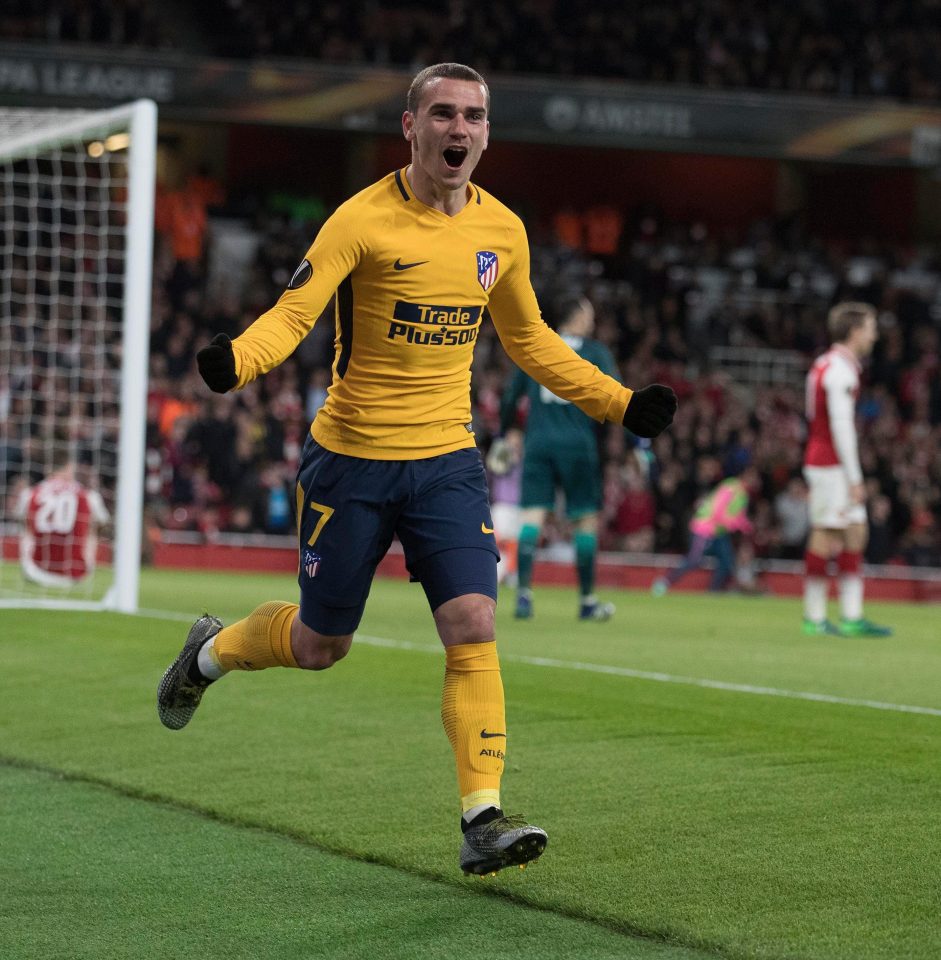 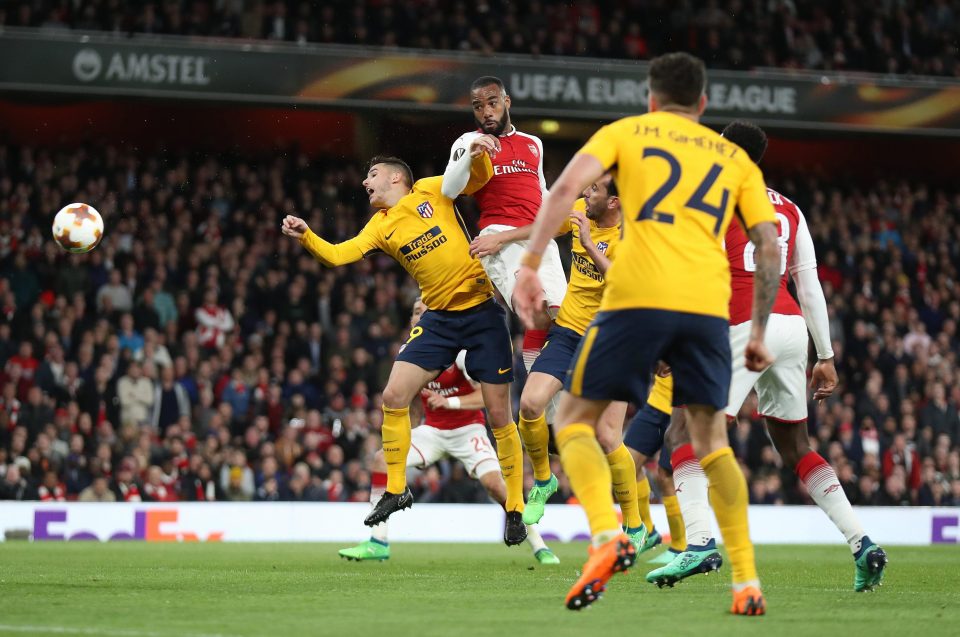 He told Arsenal's official website: "Griezzy is a very good player who I met nearly 10 years ago now.

"We developed a strong bond and we see each other every year, either on national duty or elsewhere. We get on really well.

"You can't really explain why you get on well with someone, it's instinctive. Perhaps we share the same values and the same jokes.

"We laugh a lot. We like to, quote-unquote, poke fun at people but always respectfully and in a kind manner. We are both jokers." 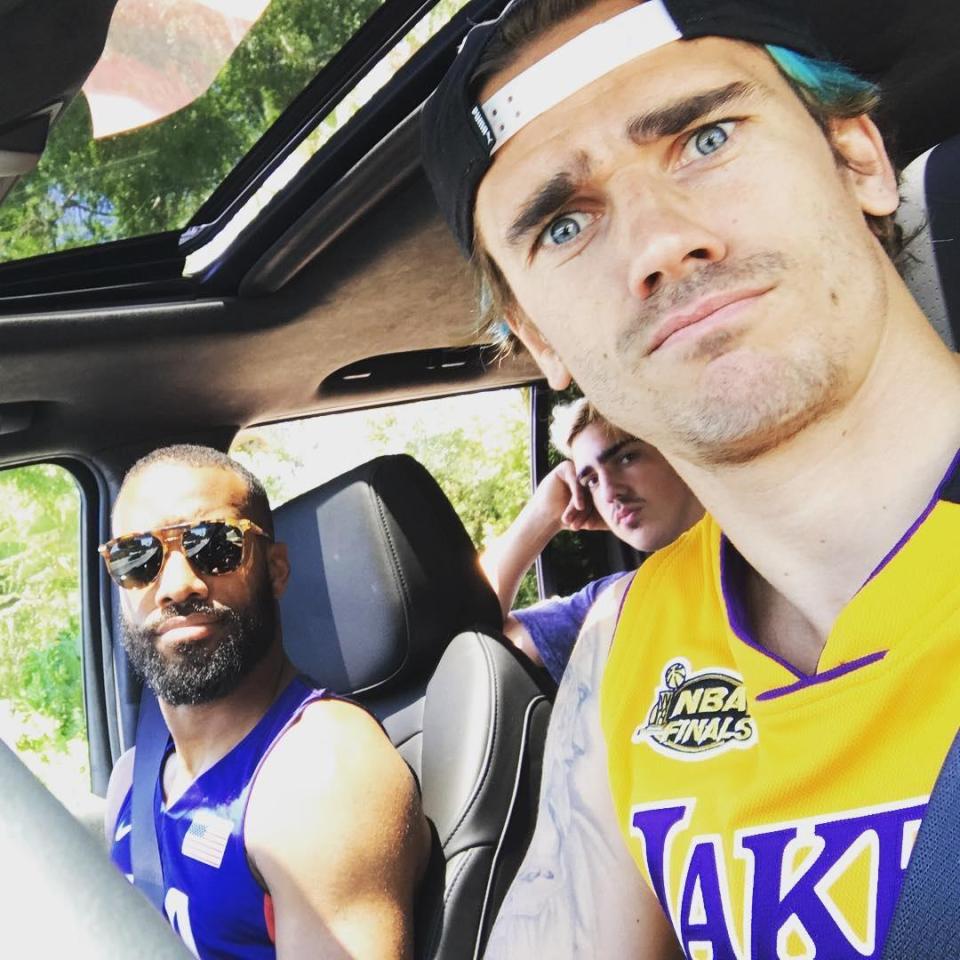 Both forwards were on target as Arsenal blew a number of chances to put 10-man Atletico Madrid to the sword.

Sime Vrsaljko was shown two yellow cards within the first ten minutes and manager Diego Simeone was also sent off as Arsenal had a dream start in Arsene Wenger's final European home game at the Emirates.

But despite dominating possession – the Gunners had 76 per cent of the ball – Arsenal could not take capitalise on their numerical advantage.

Arsenal also had a massive 28 shots at goal, with Atletico keeper Jan Oblak in fine form.

But after a mistake by Laurent Koscielny – and then a slip by Shkodran Mustafi – Griezmann was able to smash home from close range to score a vital away goal.