ANTONELA ROCCUZZO was spotted beaming with joy as she watched Lionel Messi lead Argentina into the World Cup final.

The 35-year-old superstar produced a goal and assist in the semis as his nation thrashed Croatia 3-0 on Tuesday. 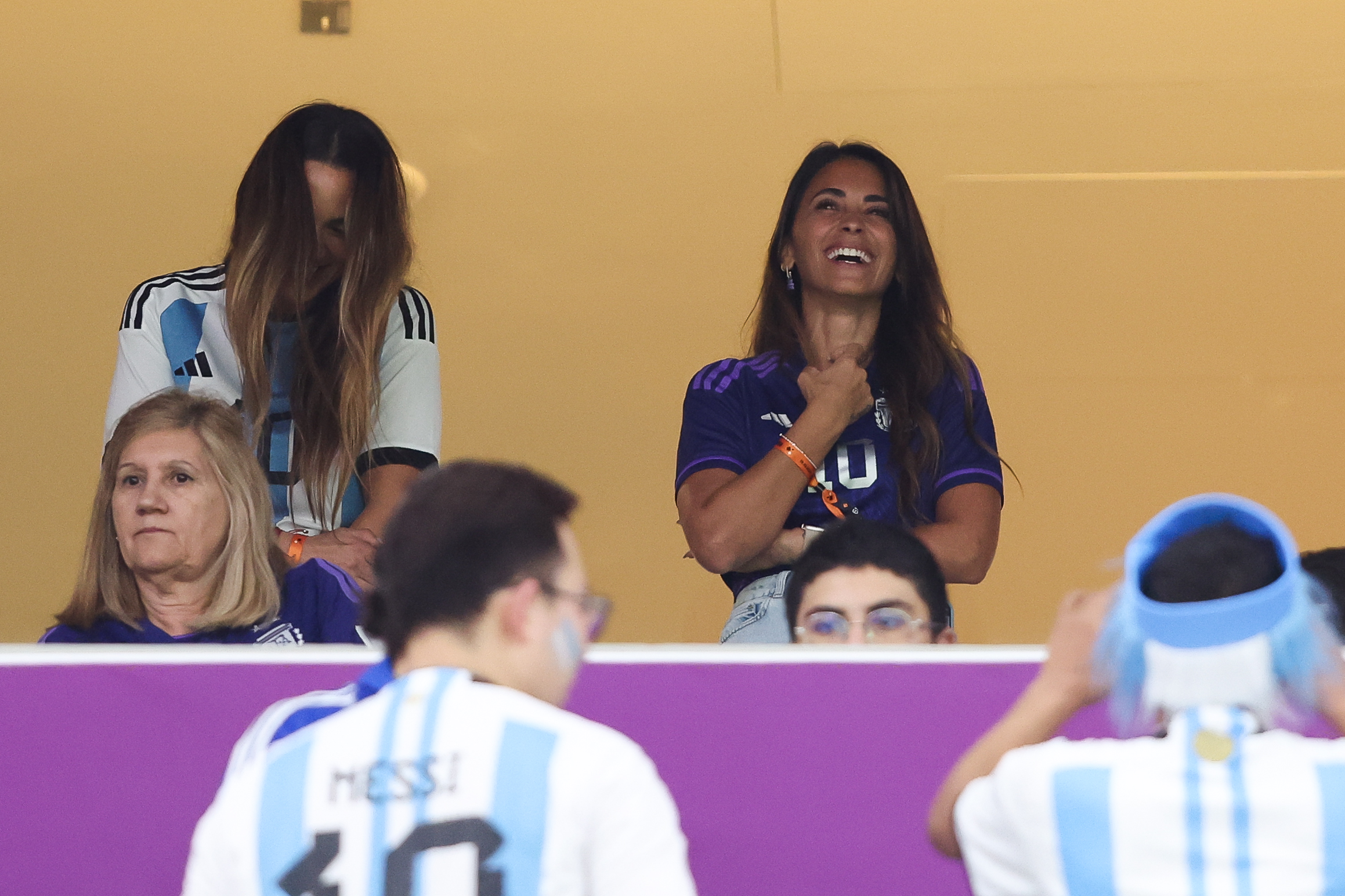 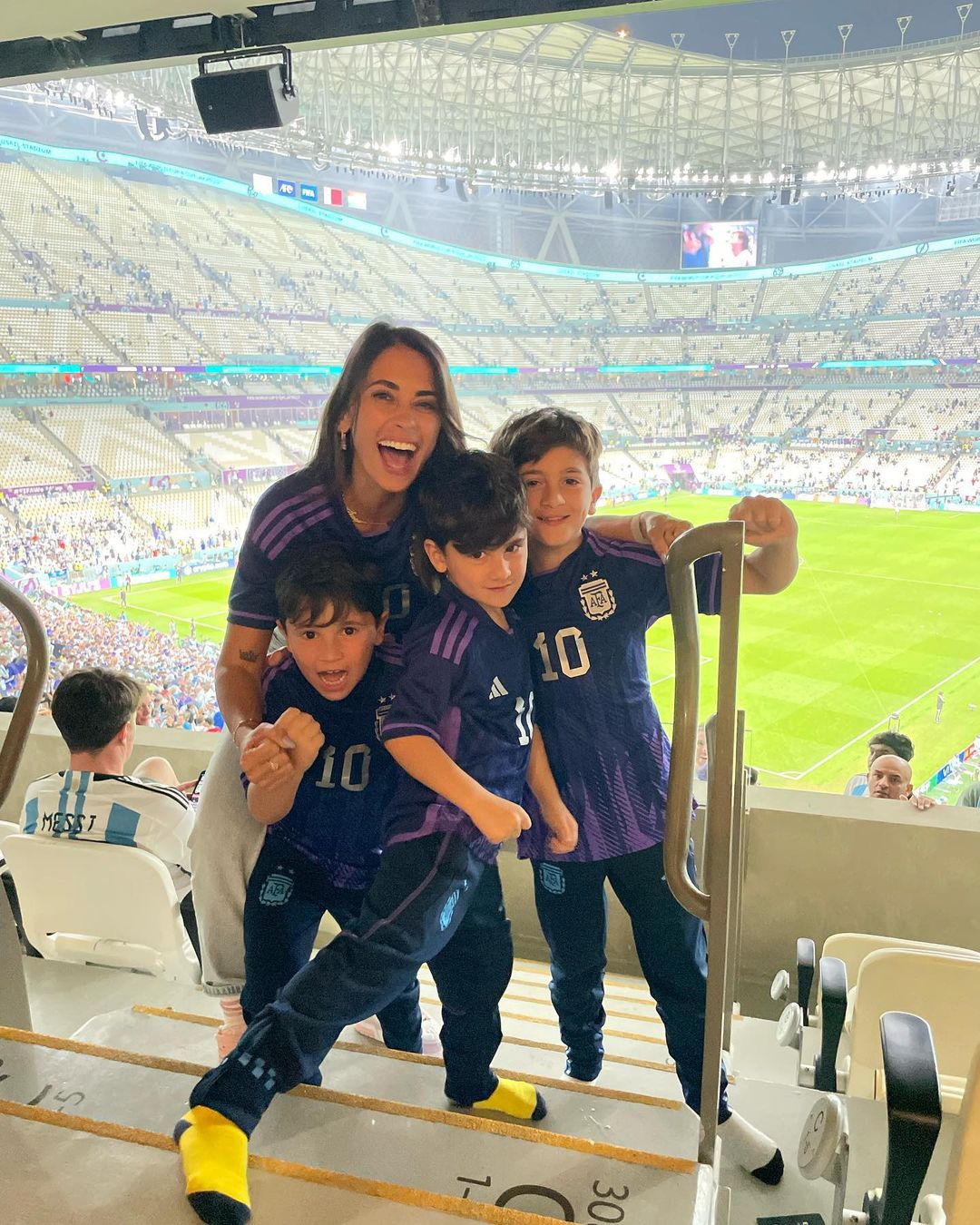 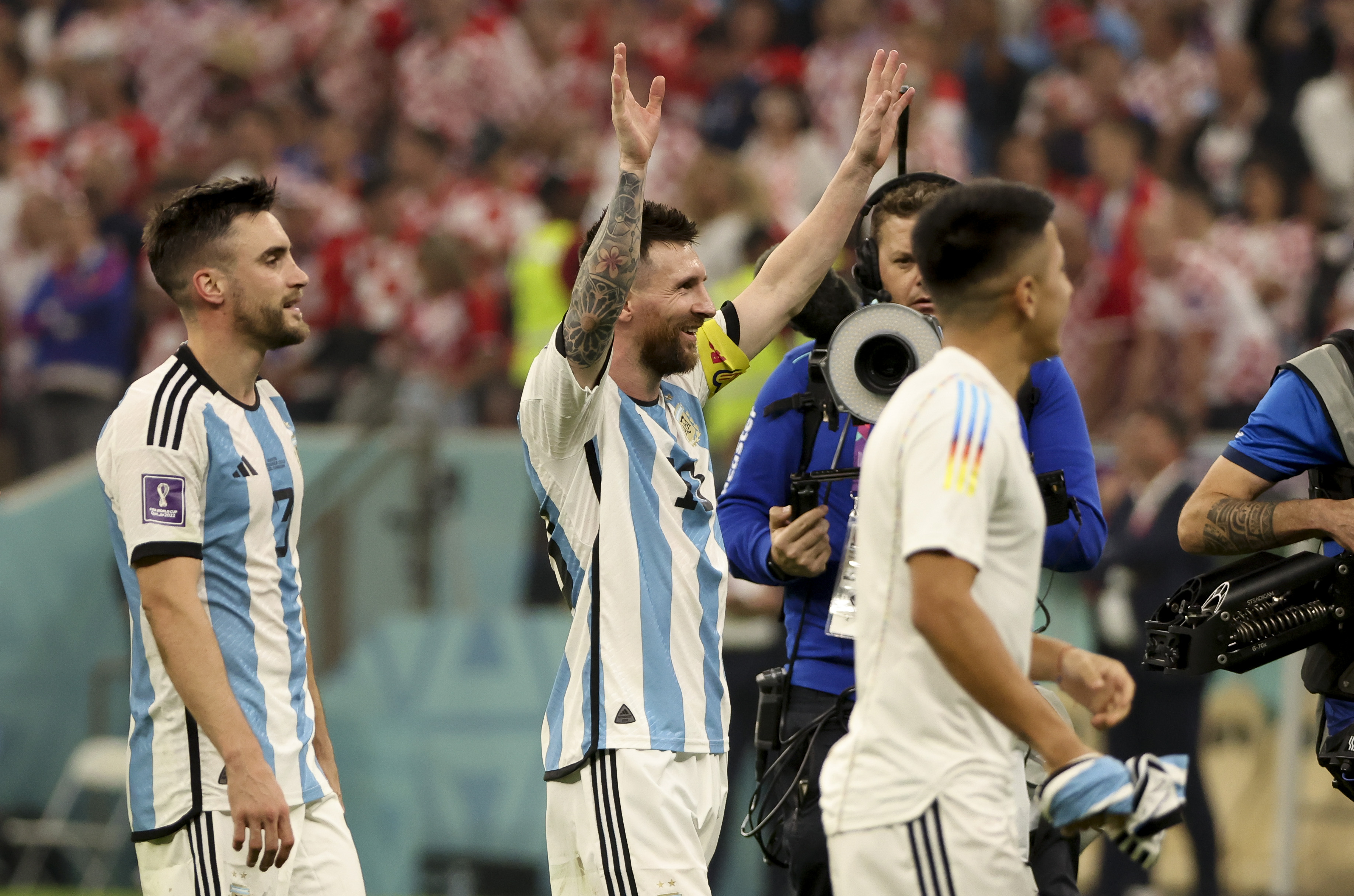 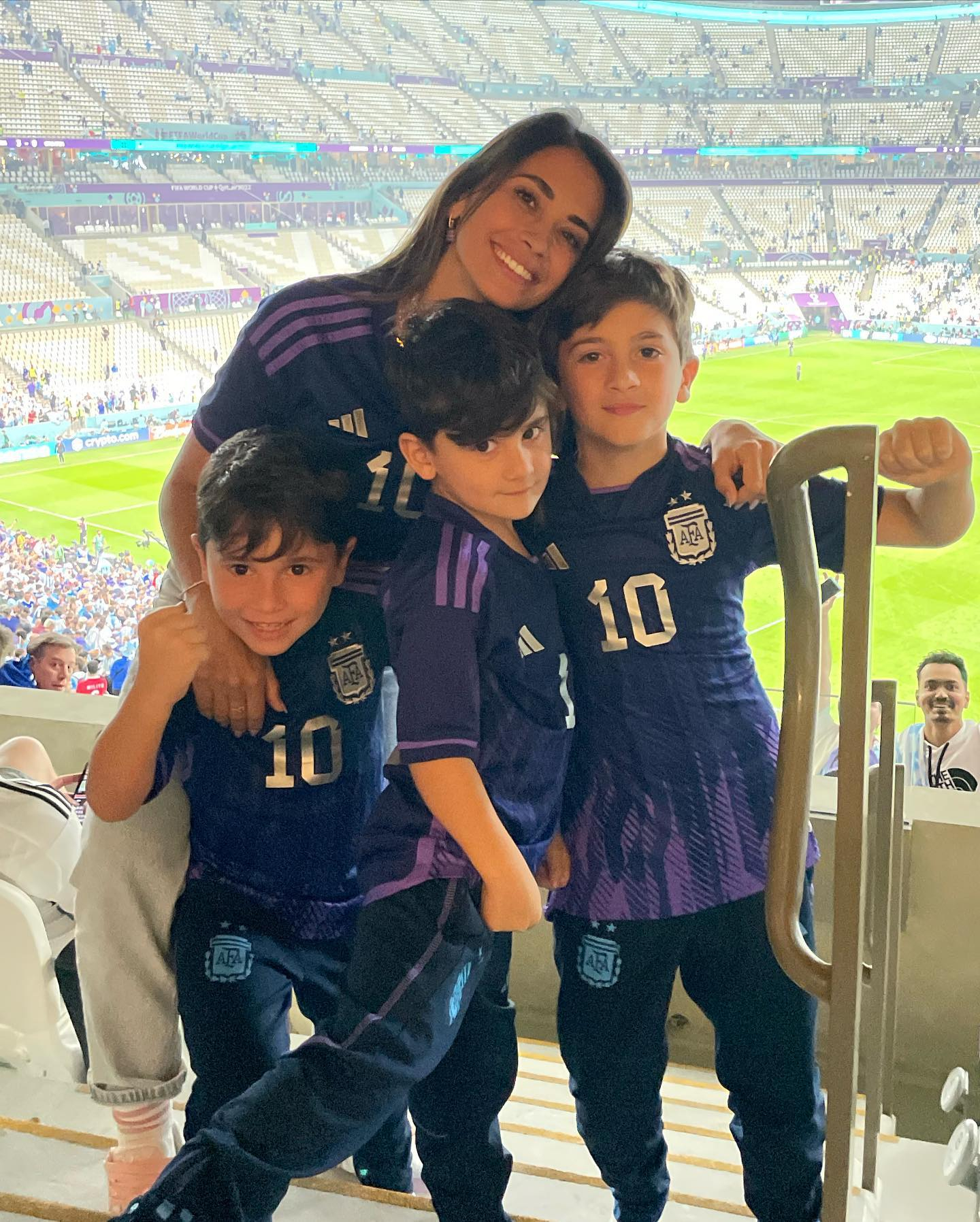 Messi opened the scoring from the spot and in doing so became Argentina's all-time leading World Cup scorer with 11.

That took his tally to five at the tournament, making him joint-top with Paris Saint-Germain team-mate Kylian Mbappe in the chase for the Golden Boot.

And as he produced a dazzling display on the pitch, his wife was looking magical in the stands as she watched on.

After the whistle, Roccuzzo was spotted with a huge grin while wearing an Argentina shirt decked out with “Messi 10” as he raised two fists of joy down on the turf to celebrate. 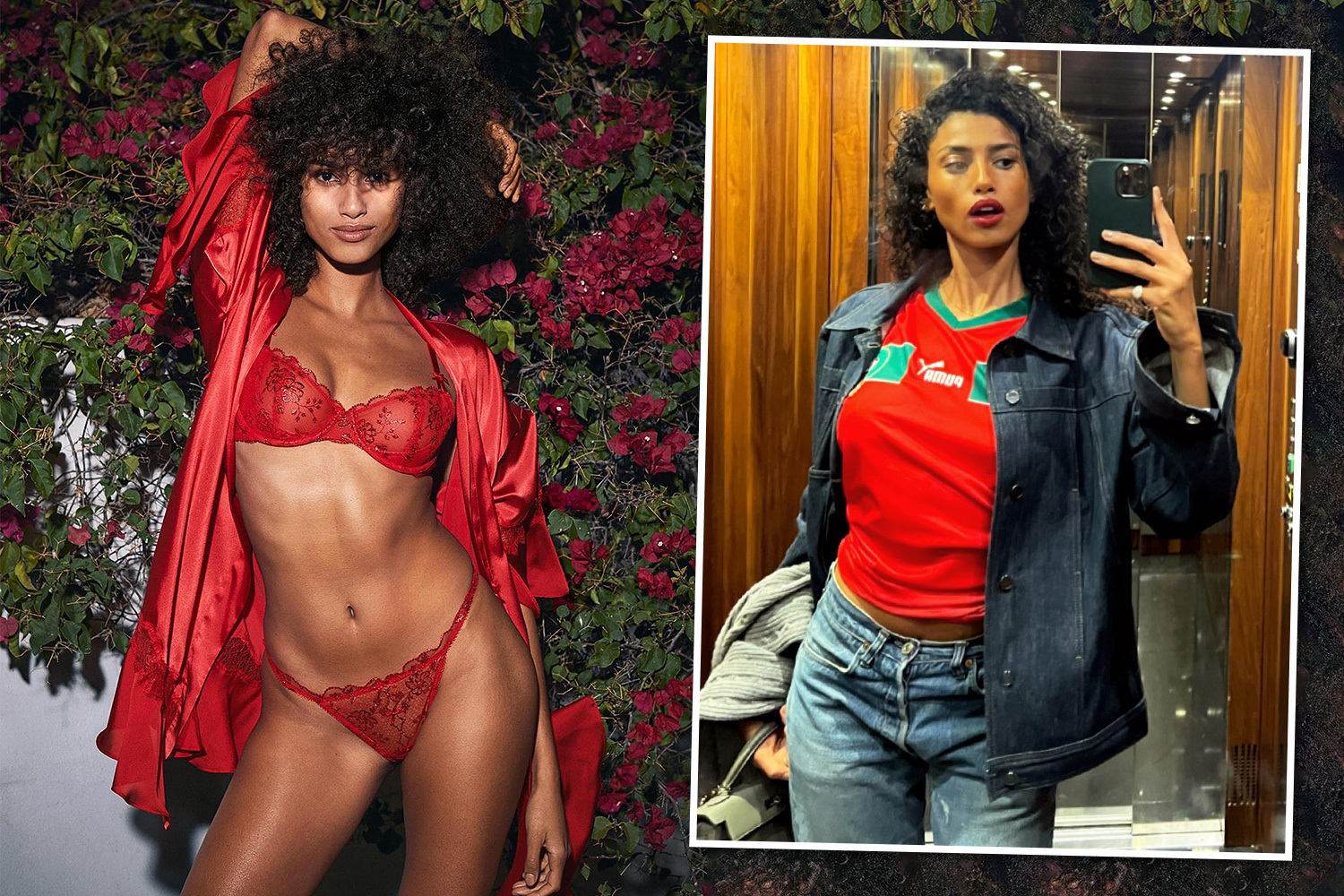 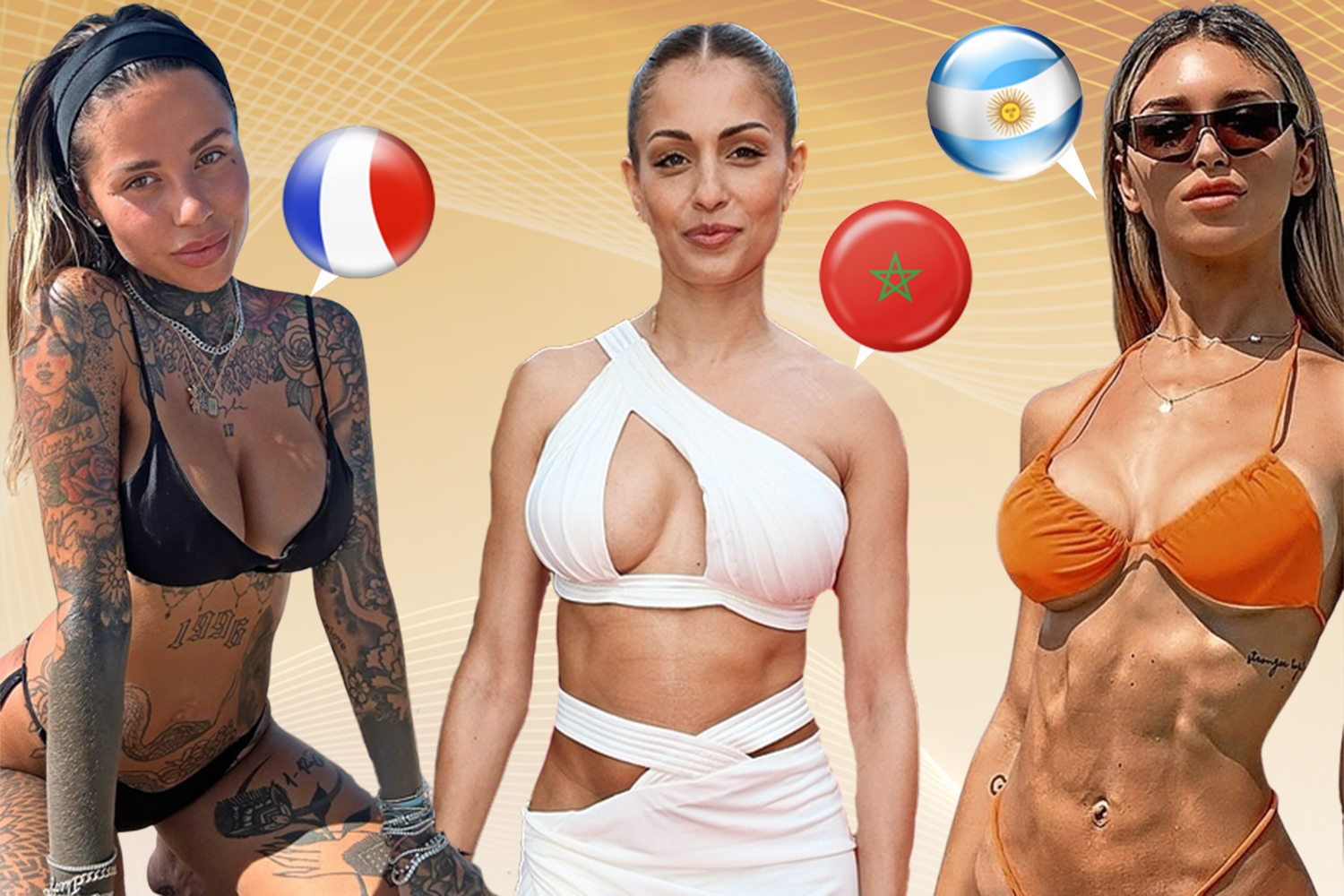 The most beautiful Wags left in the World Cup, including a Spanish actress

Roccuzzo, 34, was also accompanied by the couple’s three boys, Thiago, 9, Mateo, 6, and Ciro, 4 at the Lusail Stadium.

And she shared an adorable celebration snap of the four of them afterwards all celebrating with dad’s iconic jersey on.

Along with a host of the country’s flag emoji, she captioned the photo with: “I CANT EXPLAIN IT BECAUSE YOU WONT UNDERSTAND!!!!

SCRATCH OF THE DAY 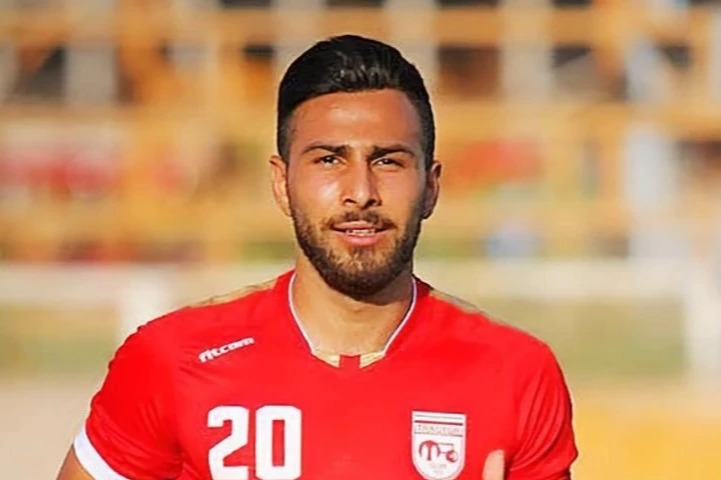 Messi revealed his children are inspiring him to World Cup glory earlier in the tournament.

And he said that he was buzzing that his eldest, ten-year-old Thiago, is now old enough to appreciate his dad’s magic.

Messi said: “From the beginning to the final whistle I was thinking about my family.

“My children especially, as they are growing older and understand more.

“We have had families before at World Cups – Thiago has been there but wasn’t aware what it meant.

“I now see how they suffer and enjoy it. It’s something spectacular.

“They are excited as all Argentinians – it’s amazing to share this with them.”

A host of Argentina players' Wags enjoyed dinner together before last night’s triumph.

a total of 19 of them posed for snaps ahead of a meal in Doha on Tuesday evening.

Among them were the partners of Emi Martinez, Nicolas Otamendi, Cristian Romero, Lautaro Martinez and Julian Alvarez.

But Messi's wife was one of the few Wags who could not make the pre-game meal.

Argentina are now preparing for Sunday’s World Cup Final and they will discover who their opponents are when France take on Morocco tonight in the other semi-final.