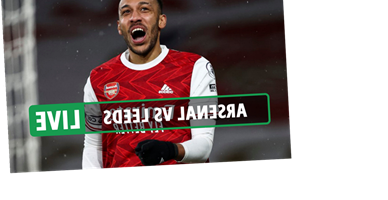 ARSENAL produced a thrilling performance to overcome a stern Leeds side at the Emirates in which Pierre-Emerick Aubameyang scored a hat-trick in a 4-2 win.

Hector Bellerin also scored for the Gunners while Pascal Struijk and Helder Costa scored consolations for the visitors.

Follow ALL the action with our live blog below…

Betting: Back Patrick Bamford to score any time at 40/1