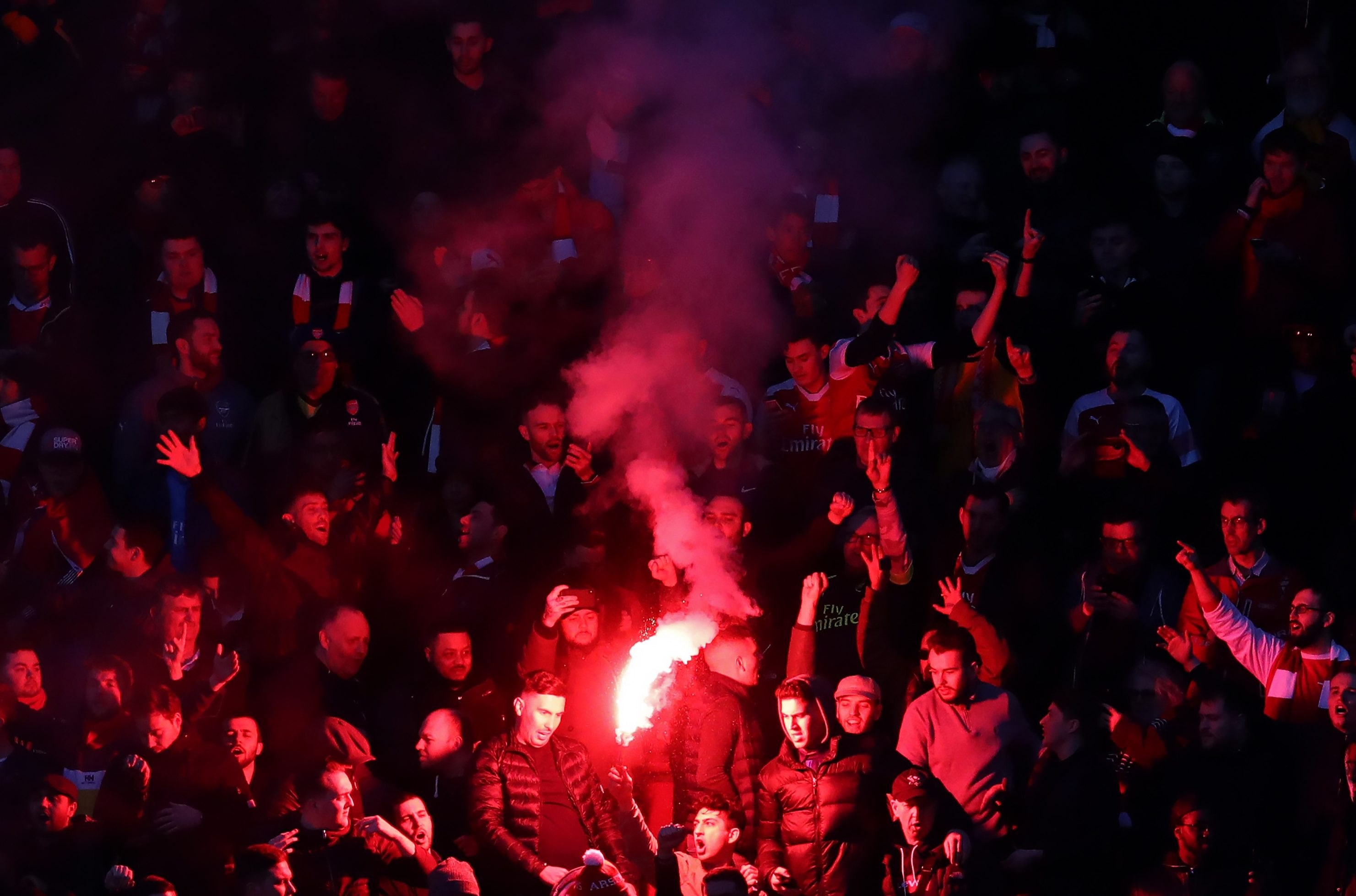 The atmosphere at Roazhon Park was heated as Arsenal locked horns with Rennes in the first leg of the round of 16 Europa League clash.

But some of the fans appeared to be a little overzealous as Gunners supporters celebrated Iwobi's early goal by lighting a flare.

And a few minutes later Rennes faithful  joined in and set off a dozen more.

Both clubs are now facing Uefa fines as using pyrotechnics during European nights is a chargeable offence. 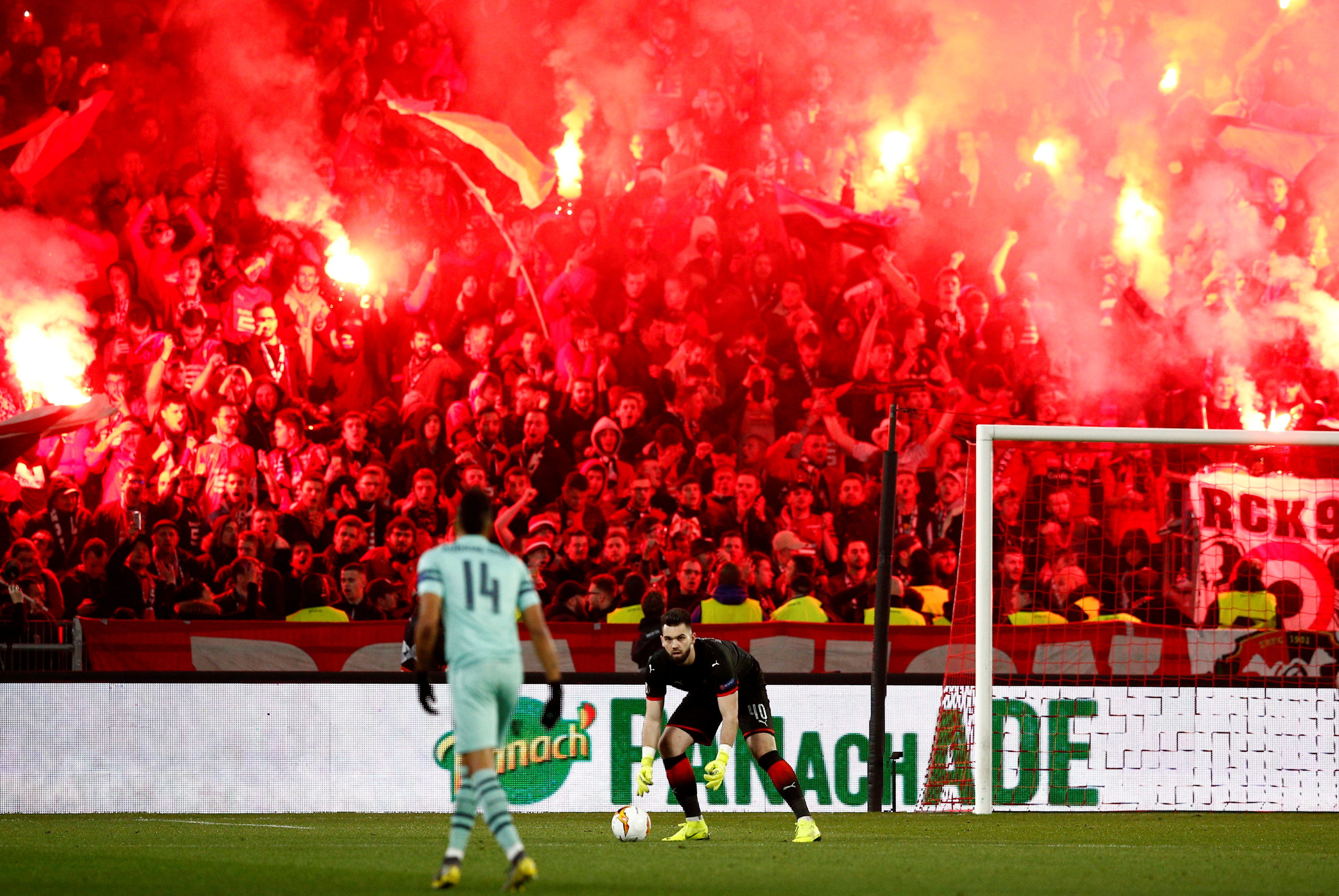 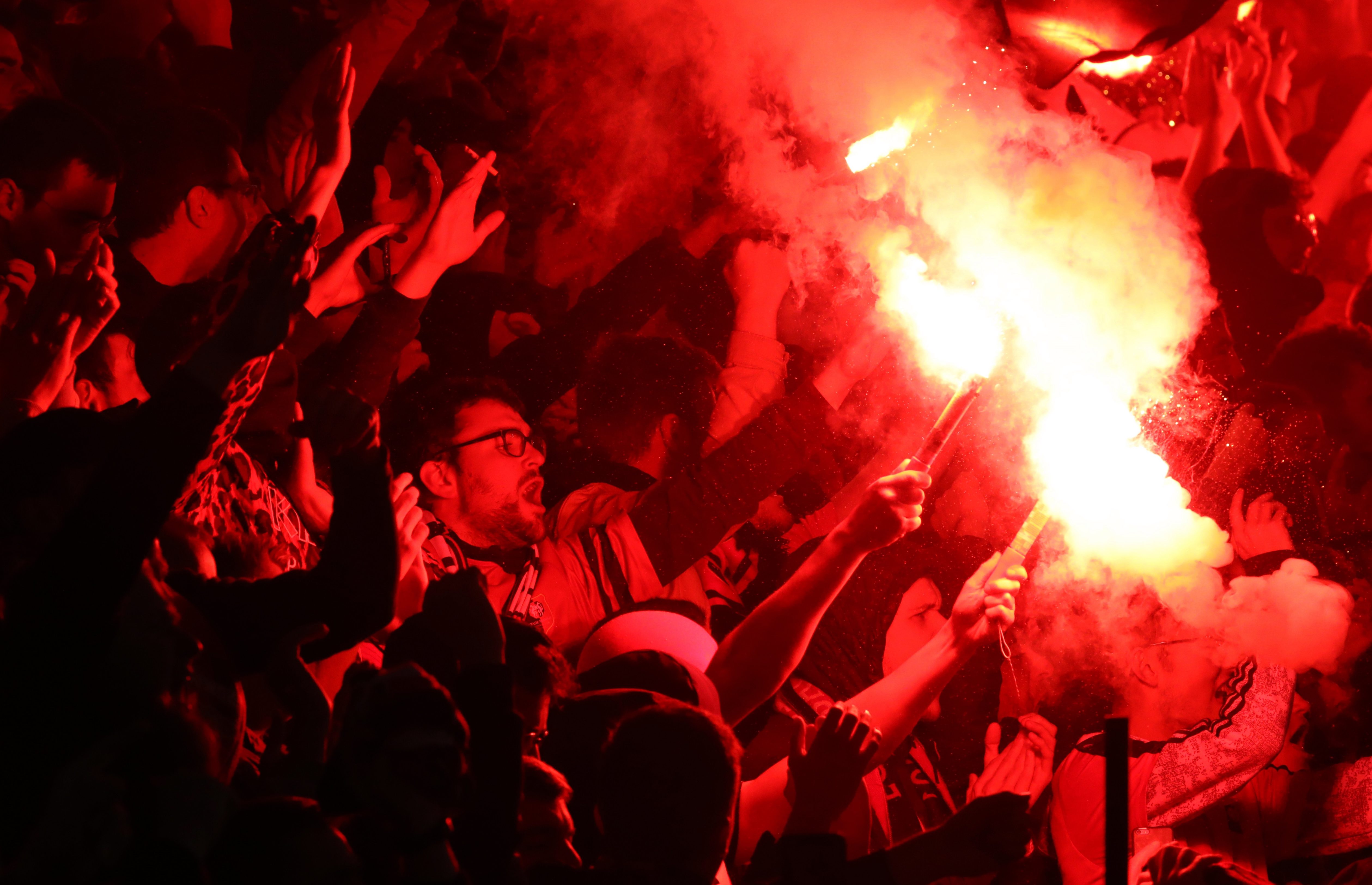 Real Madrid were fined £1285 for supporters setting off fireworks in the first leg of their Champions League clash with Ajax.

And Paris Saint-Germain had to stump up around £35,000 after their fans used flares in their 2-0 victory at Old Trafford – although the Parisians were also penalised for acts of vandalism.

But Arsenal supporters were calmed down when Benjamin Bourigeaud cancelled out Iwobi's goal with an equaliser minutes before the break.

He walloped the ball in after Sokratis Papastathopoulos was given marching orders following his second yellow card for a foul on Ismaila Sarr.