ARSENAL managing director Vinai Venkatesham has promised fans more big-name signings due to their faith in playing their academy graduates.

The Gunners chief has insisted that entrusting younger players in the starting XI is financially efficient – giving the club extra funds to land key targets. 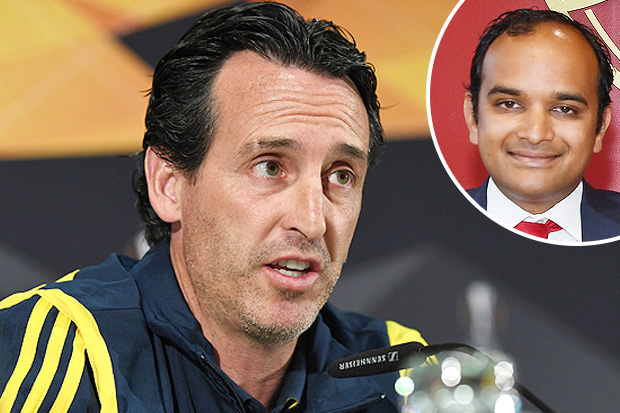 Plenty of youth players have been given playing time under Unai Emery, with Joe Willock, Ainsley Maitland-Niles, Reiss Nelson, Emile Smith Rowe and Bukayo Saka all coming through the youth ranks.

Emery's side had a remarkable summer transfer window considering they missed out on Champions League football last season.

They brought in Nicolas Pepe from Lille on a club-record deal worth £72million, as well as the likes of Kieran Tierney, William Saliba, David Luiz and Gabriel Martinelli.

And the North London side could make a push to sign Red Bull Salzburg star Dominik Szoboszlai in the New Year with the club reportedly making a fresh approach for the midfielder.

Speaking of how playing youth players will impact Arsenal in the transfer market, Venkatesham told the Strait Times: "First, it is financially efficient.

"The more players you have coming from the academy, the more funds you can then use to invest in the transfer window because you then have a budget that is being stretched among fewer players.

"More important than that is we want players in the dressing room who really understand what it means to play for Arsenal, players who have grown up with the club."

He added: "The players that have gone on loan and the players we sold create a relatively significant wage savings or income that help offset some of the investments we made."

Venkatesham has also given his backing to manager Emery, who has come under fire following the side's shocking second half display against Watford on Sunday that saw them throw away a two-goal lead to draw 2-2.