The Gunners suffered another damaging defeat in the battle for top four after being edged out by a single goal at West Ham. 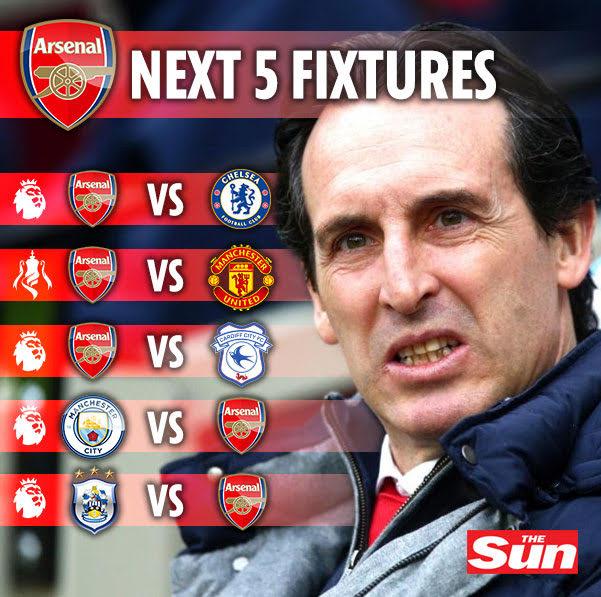 The result meant Arsenal languish in fifth place, level on points with a resurgent Manchester United, and six behind fourth-placed Chelsea.

Unai Emery's men now face a make-or-break period in the race for Champions League qualification with games against rivals Chelsea and Manchester City around the corner.

The Gunners were also drawn a tough FA Cup fourth-round match against Man U and a post asking fans their thoughts ended up going viral for all the wrong reasons.

User Andy77564596 agreed with that post, writing: "Chelsea will easily beat us or even embarrass us in our own backyard. Man U are out for redemption and they will put us in our place.

"Cardiff our little mediocre players will look world class. City will teach us a lesson never to forget."

Another posted: "I'm thinking about 2 points if we are lucky. Kroenke has shown his true colours, the end is near. We are the Aston villa of the 90's."

Mesut Ozil will hope to be restored to the side for the crunch fixtures after he was overlooked for the defeat at West Ham.

The German revealed on his Twitter account that he is ready and putting the effort in after the Spanish boss said he was not picked for tactical reasons.

Yet, the Gunners are still looking to offload the ex-Real Madrid midfielder, with a number of potential replacements targeted.