FIVE British clubs are in the pot for the Europa League last-32 draw, with Manchester United and Arsenal hoping for favourable draws.

Both clubs finished top of their groups – along with Celtic – and will now go into the seeded pot for the beginning of the knockout stages. 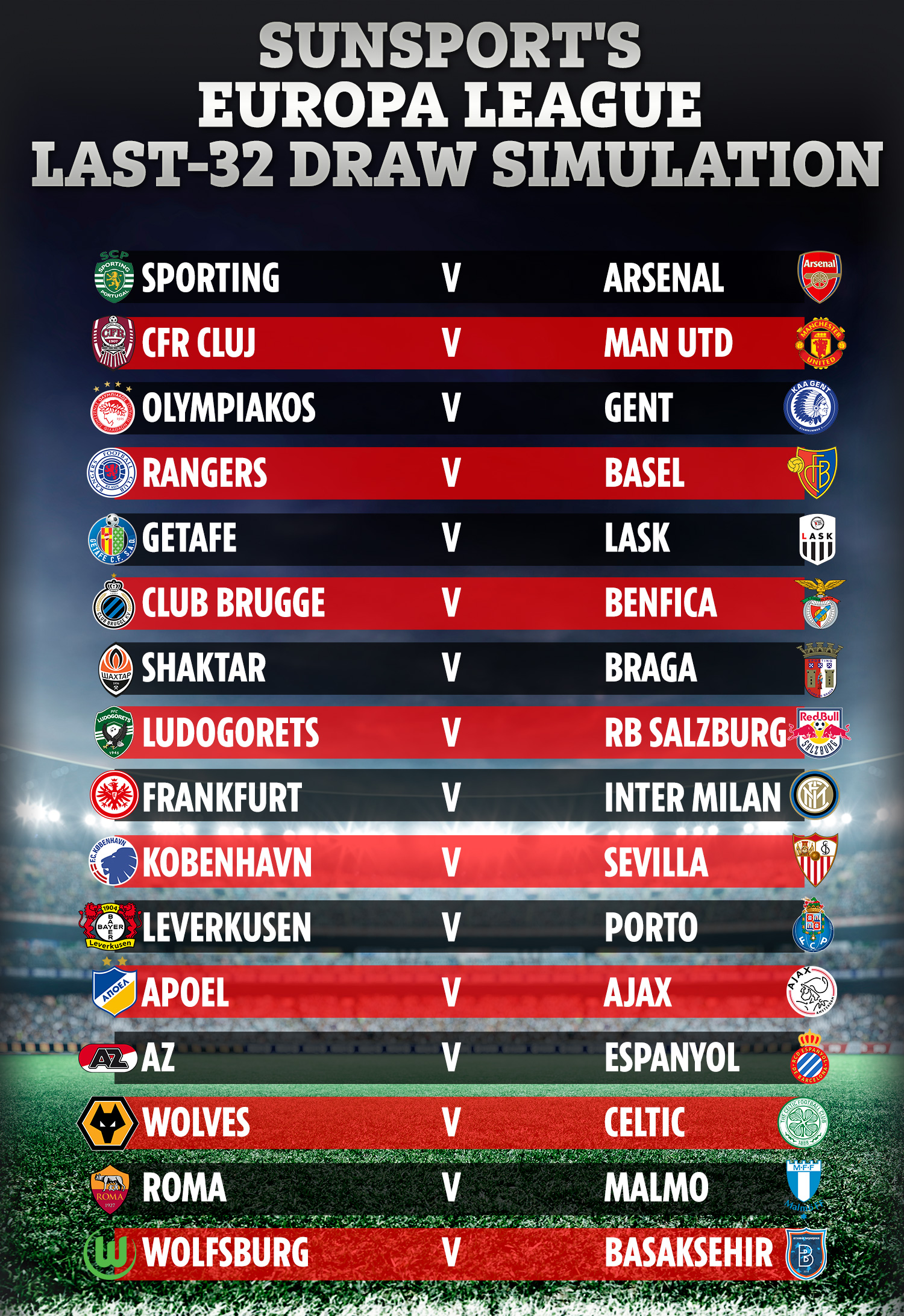 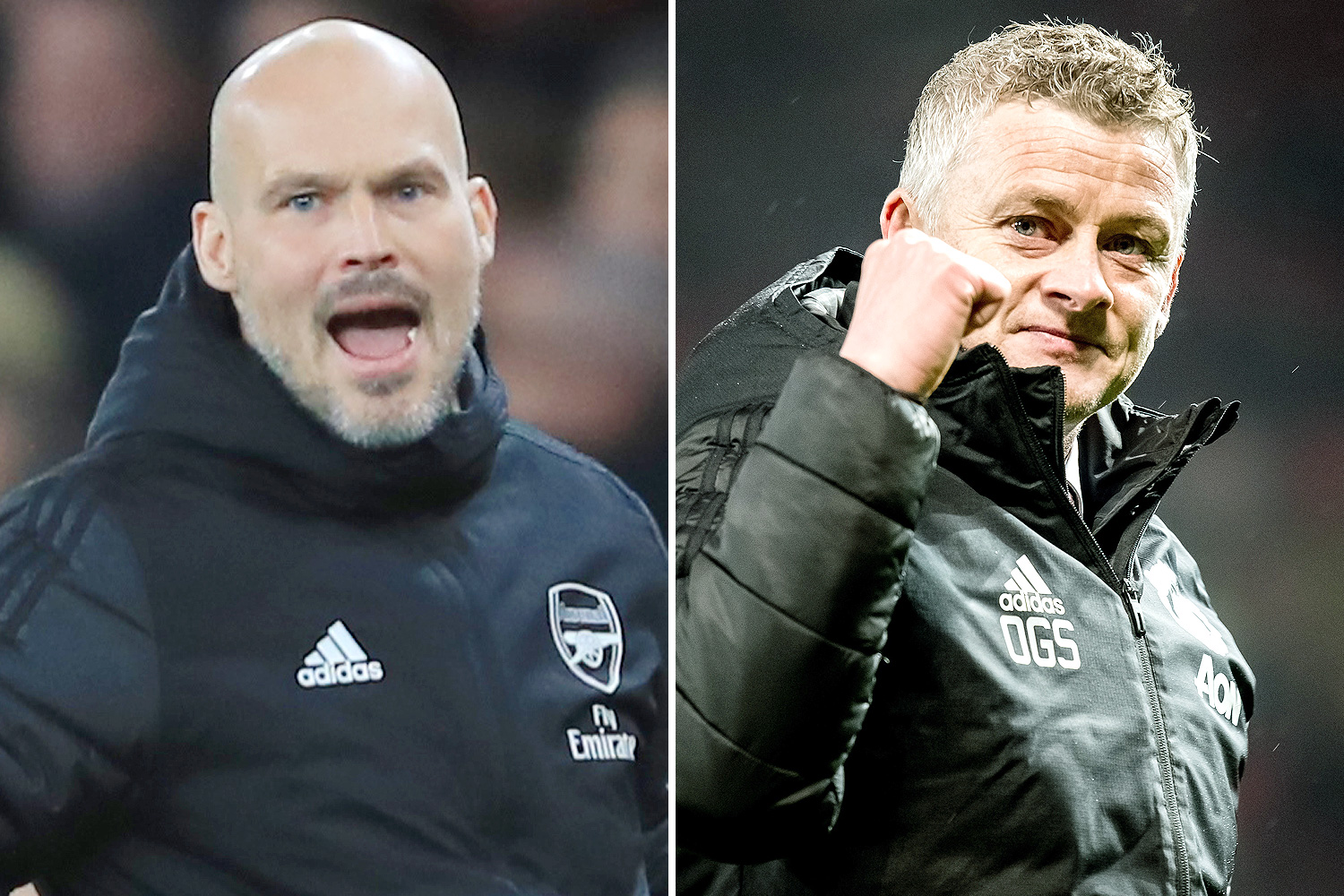 And according to SunSport's very own simulation, Arsenal could be dealt a nightmare draw against Portuguese giants Sporting Lisbon.

The Primeira Liga side finished second in their group by finishing second behind surprise package LASK – with PSV Eindhoven knocked out of the competition altogether.

Meanwhile, Man Utd were drawn against Cluj in our simulation – after they finished second behind Celtic in Group E.

United played the Romanian side in the group stage of the Champions League in 2012-13, winning away 2-1, but losing 1-0 at Old Trafford.

Our simulation also set up some tasty ties, including Rangers vs Basel and Frankfurt vs Inter Milan.

Roma were paired with Malmo in our simulation, along with Bayer Leverkusen vs Porto, Club Brugge vs Benfica and Ludogorets vs RB Salzburg.

Gent vs Olympiakos, AZ Alkmaar vs Espnayol, APOEL vs Ajax, Kobenhavn vs Sevilla and Shakhtar vs Braga also look to be intriguing ties as teams fight it out to reach the last-16.

In the run-through, Liverpool and Manchester City both faced trips to Madrid, against Atletico and Real respectively.