Gunners stopper Petr Cech was on the flight despite speculation he could be leaving the Emirates. 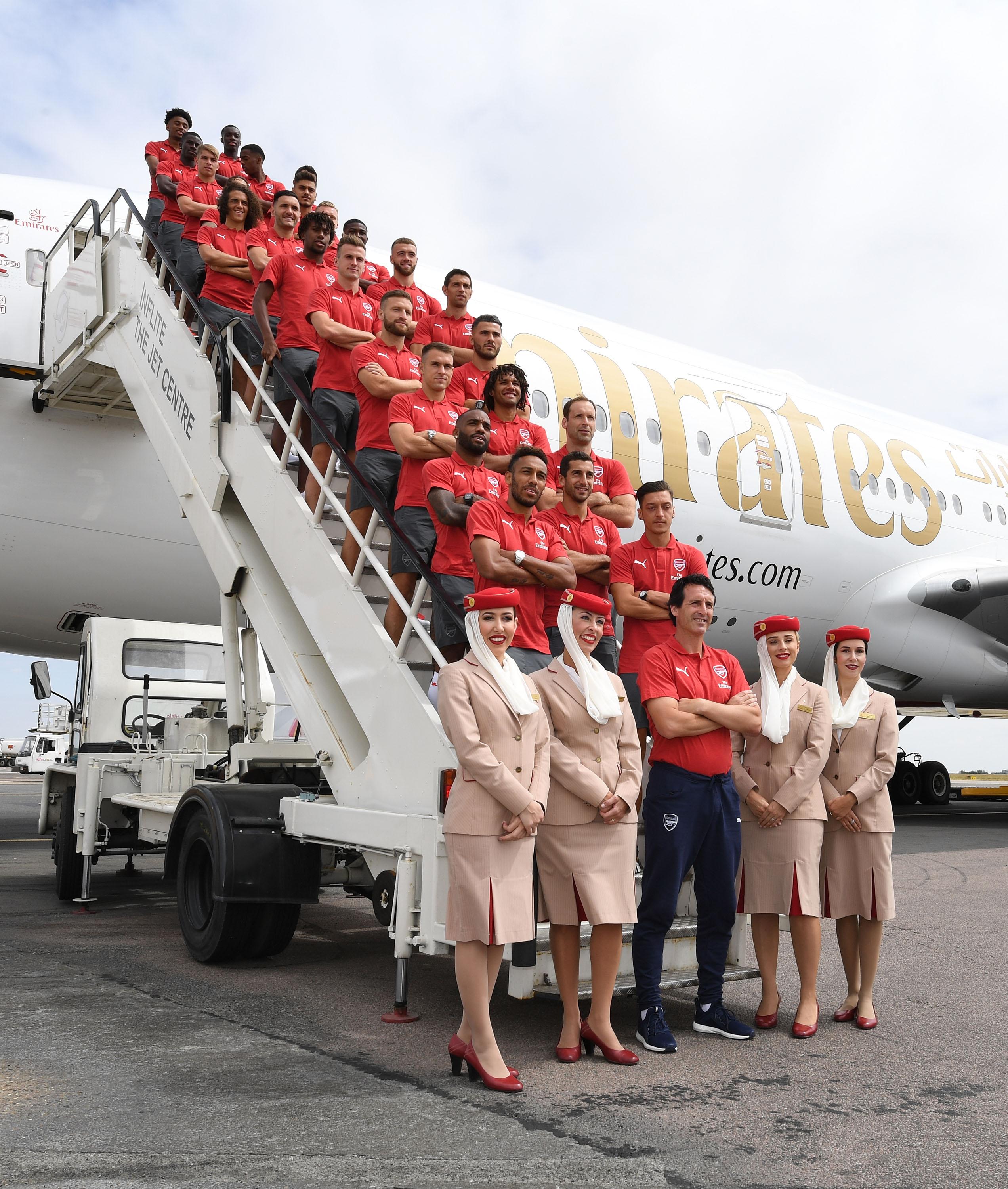 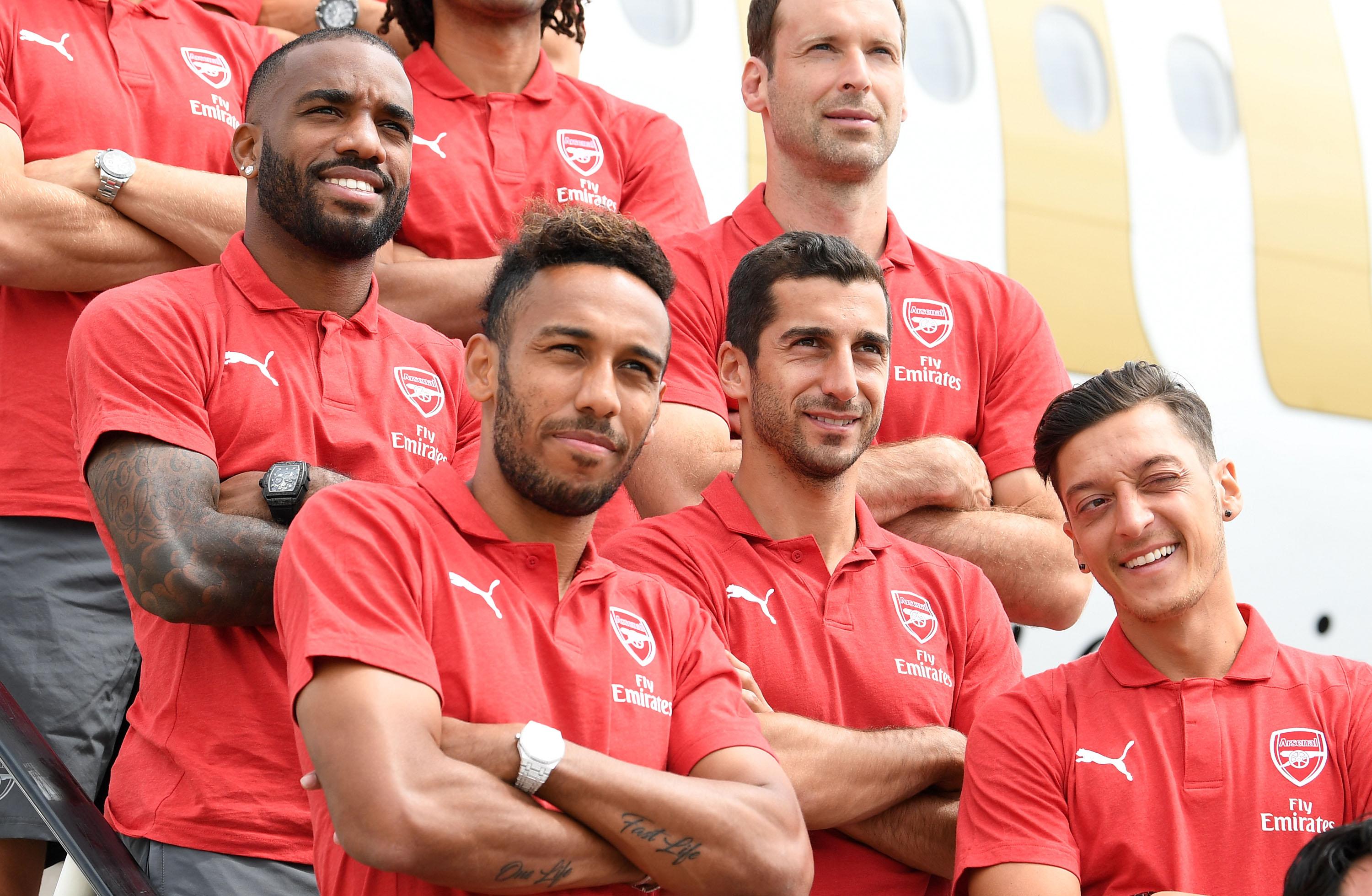 New boss Unai Emery brought in German No1 Bernd Leno in a £22million deal this summer and is likely to make him his main man.

Sporting director Monchi is worried that the side’s defence is too young and believes an older goalkeeper would bring much-needed experience.

While Chelsea had been linked with their former No1, although the stopper's agent has denied this. 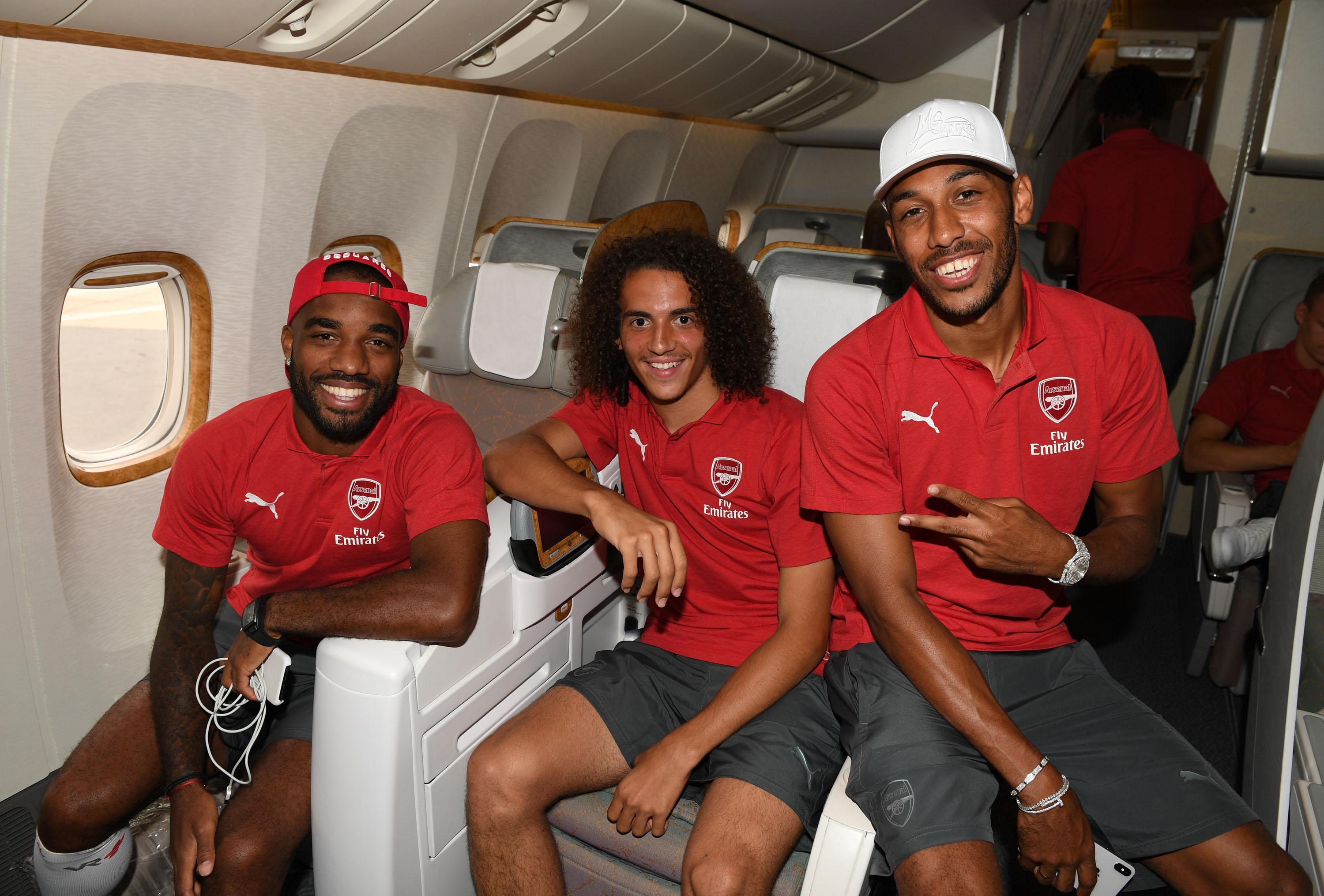 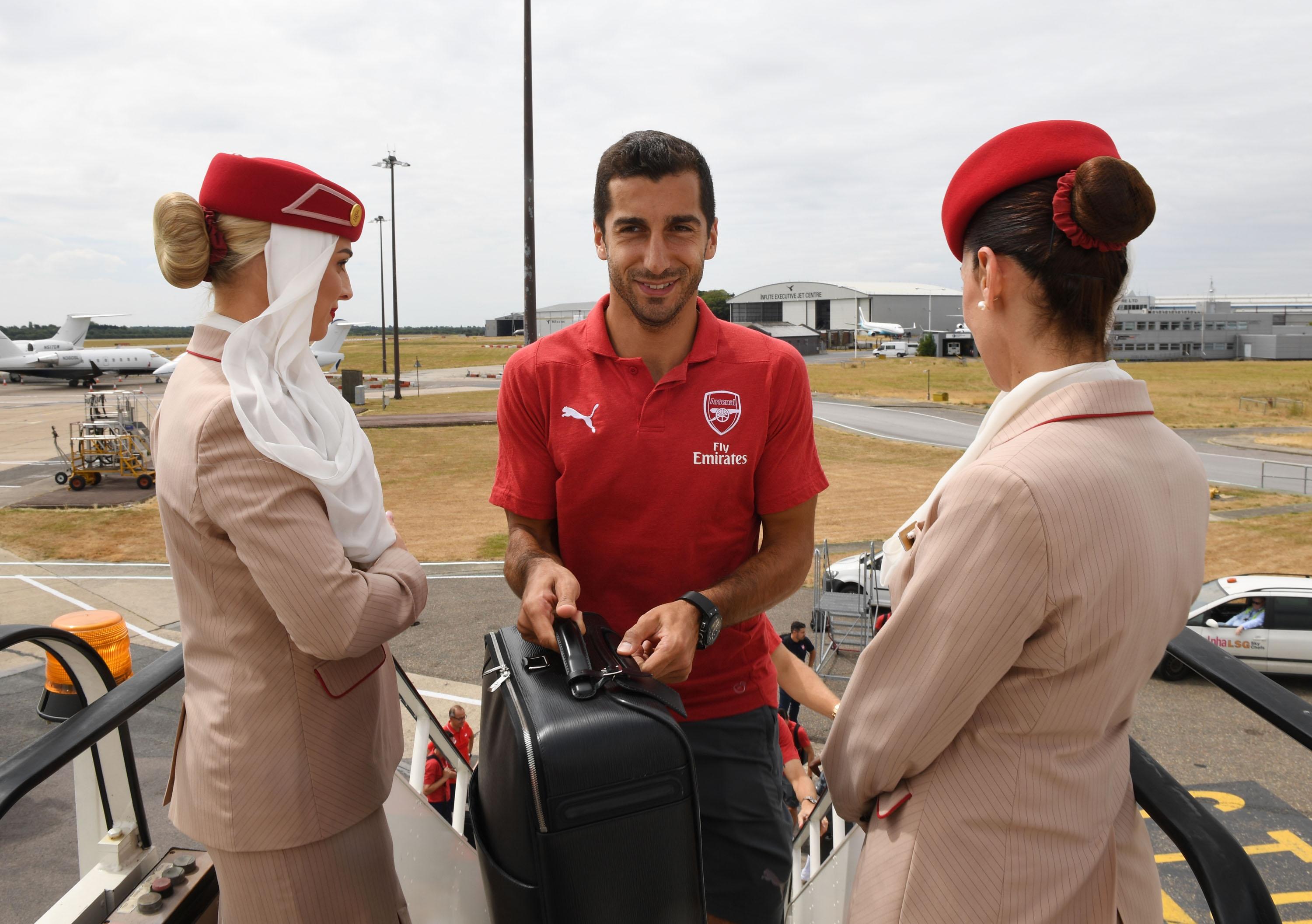 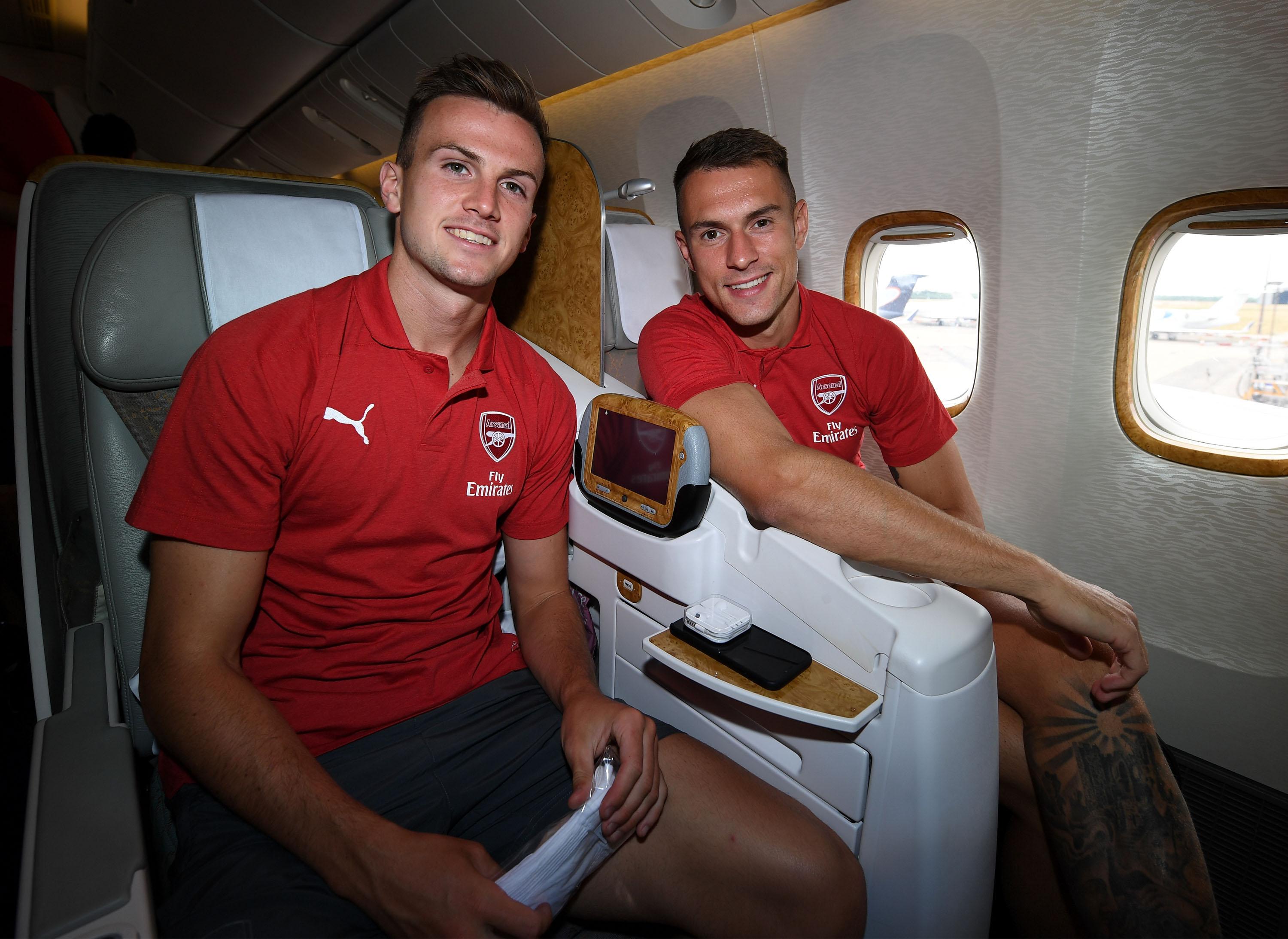 Viktor Kolar said: "It is always busy during every transfer window around Petr Cech, as a great Premier League person.

"However, he maximally focuses on the new season at Arsenal, no specific offer is available."

The Blues are rumoured to be considering a surprise move for the keeper they sold to the Gunners in 2015, should they lose Thibaut Courtois, who is wanted by Real Madrid. 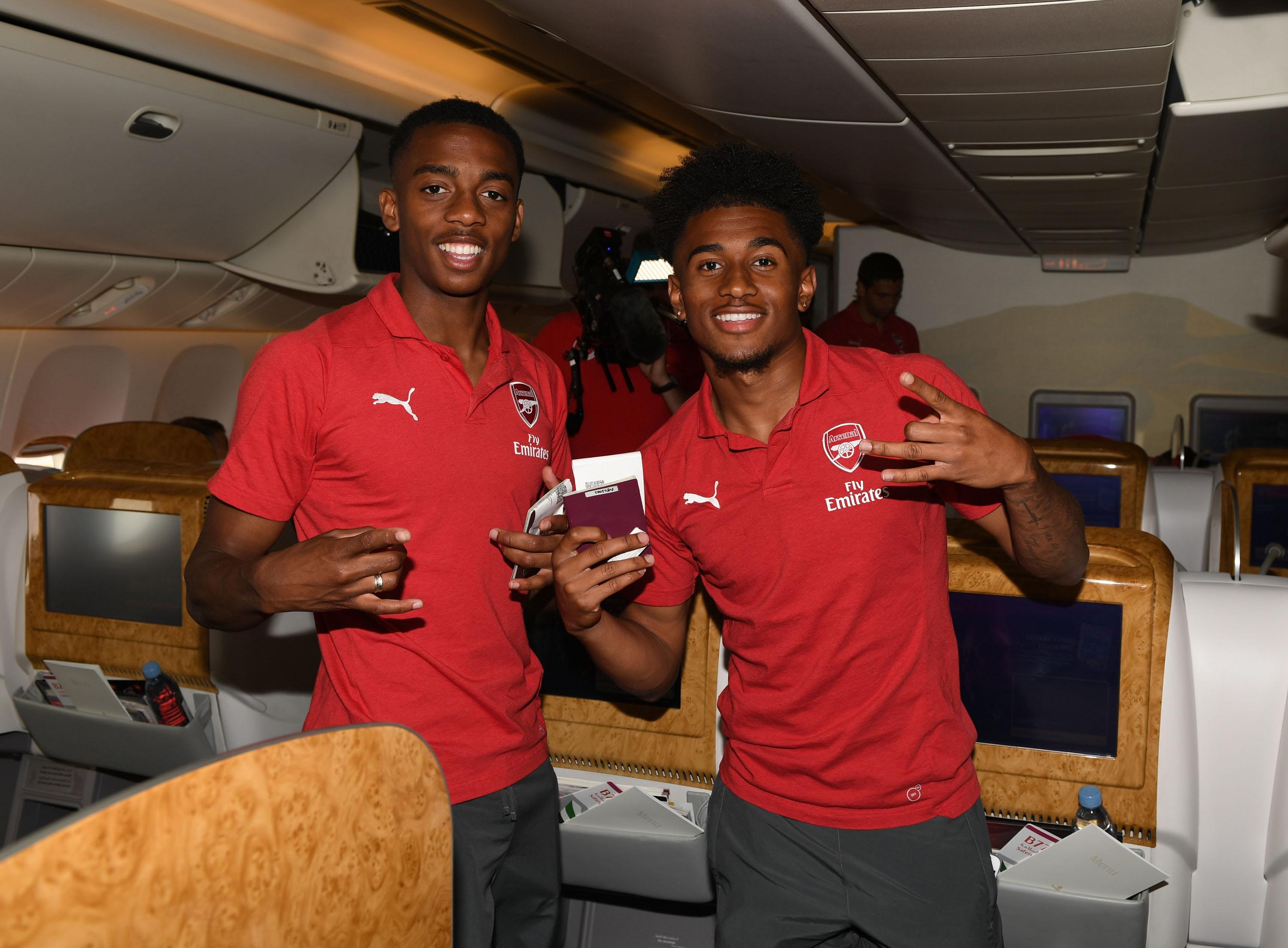 Arsenal have also been linked with Switzerland's World Cup keeper Yann Sommer amid claims Emery wants to reshuffle his deck.

Carl Jenkinson, Chuba Akpom, Jeff Reine-Adelaide, Joel Campbell and Krystian Bielik have all been left at home by the French boss.

The Gunners face Atleti on Thursday before taking on PSG on Saturday in two high-profile clashes.