IAN WRIGHT was forced to fight back the tears in a new BBC documentary that took him back to the home where he was abused by his mother and stepfather.

The Arsenal legend, 57, is fronting a new show titled In Home Truths that delves into the terrible domestic abuse he and his brothers suffered as children. 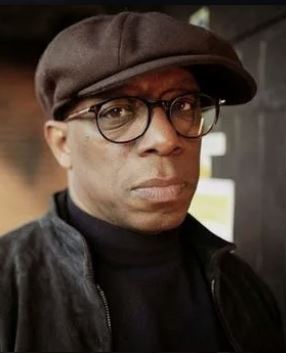 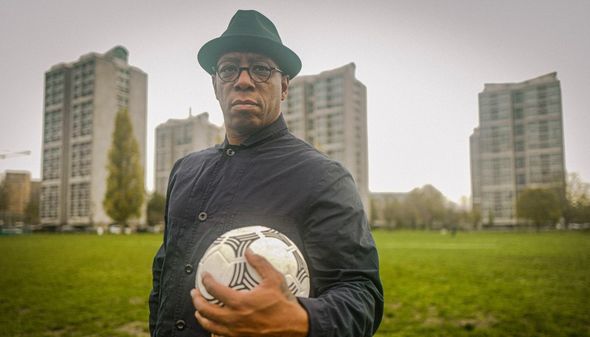 It is the first time the former England striker will discuss his harrowing experiences growing up courtesy of his mother Nesta and stepdad.

And the much-loved footy hero also meets other childhood victims that were abused as they reveal their own struggles to come to terms with it still as adults.

Wright’s biological father left when he was a toddler, and afterwards he and brothers Nicky and Morris were raised by their mum and stepfather in a flat on the Honor Oak Estate in Lewisham, South London.

He recalls how he and Morris shared a bedroom with his mother and stepfather, with the siblings sharing one bed and the latter couple another.

The emotional Wright explains how Morris would cover his ears in order to try and shelter him when his stepdad would be abusive to his mother.

Wright, a father-of-eight, admitted that for years afterwards he attempted to pretend the violent abuse did not happen.

But finally, at the age of 32 and already a household Premier League star, he began therapy in order to help him deal with the childhood trauma that still haunted him.

The fan favourite, who also played for Crystal Palace, West Ham, Burnley, Nottingham Forest and Celtic, says he felt angry for years as he did not know to how deal with being abused as a kid.

And he also says his stepfather abused him more than his brothers – even though he has no idea why.

The brave Match of the Day pundit returned to the childhood home where the abuse took place for the show and even demonstrated some of the things he was made to do.

Wright would be forced to stand with his nose up against the wall as punishment while his stepfather watched football on TV and he would be screamed at if he turned round.

And it all proved too much for him as he broke down in tears as he touched the walls of his old bedroom.

Wright told Radio Times: “The wall was horrible. It was bloody freezing cold, and at the time I was very asthmatic.

“The bed was up against the wall, so I was lying right next to it, and my ears were being covered. It was a horrible, claustrophobic thing. I don’t like thinking about it.”

Wright explained that after his stepfather walked out on the family he would often get into fights as a teen as a way of releasing his aggression.

And he also revealed how his relationship with his mother scarred him the most.

Wright said the mental torture she put him through, including telling him she wished she’d had him terminated, he always made sure she was well cared for after he became a pro footballer.

He quit school aged 14 and begun work as a plasterer but played Sunday League – eventually being spotted by Palace at 21.

Wright later went on to join Arsenal and earned icon status at Highbury and is now enjoying a successful career as a TV pundit.