ARSENAL have been mocked after one of their players finally won something…without kicking a ball for the team.

Joe Willock was named Premier League player of the month for May after his sensational form for Newcastle. 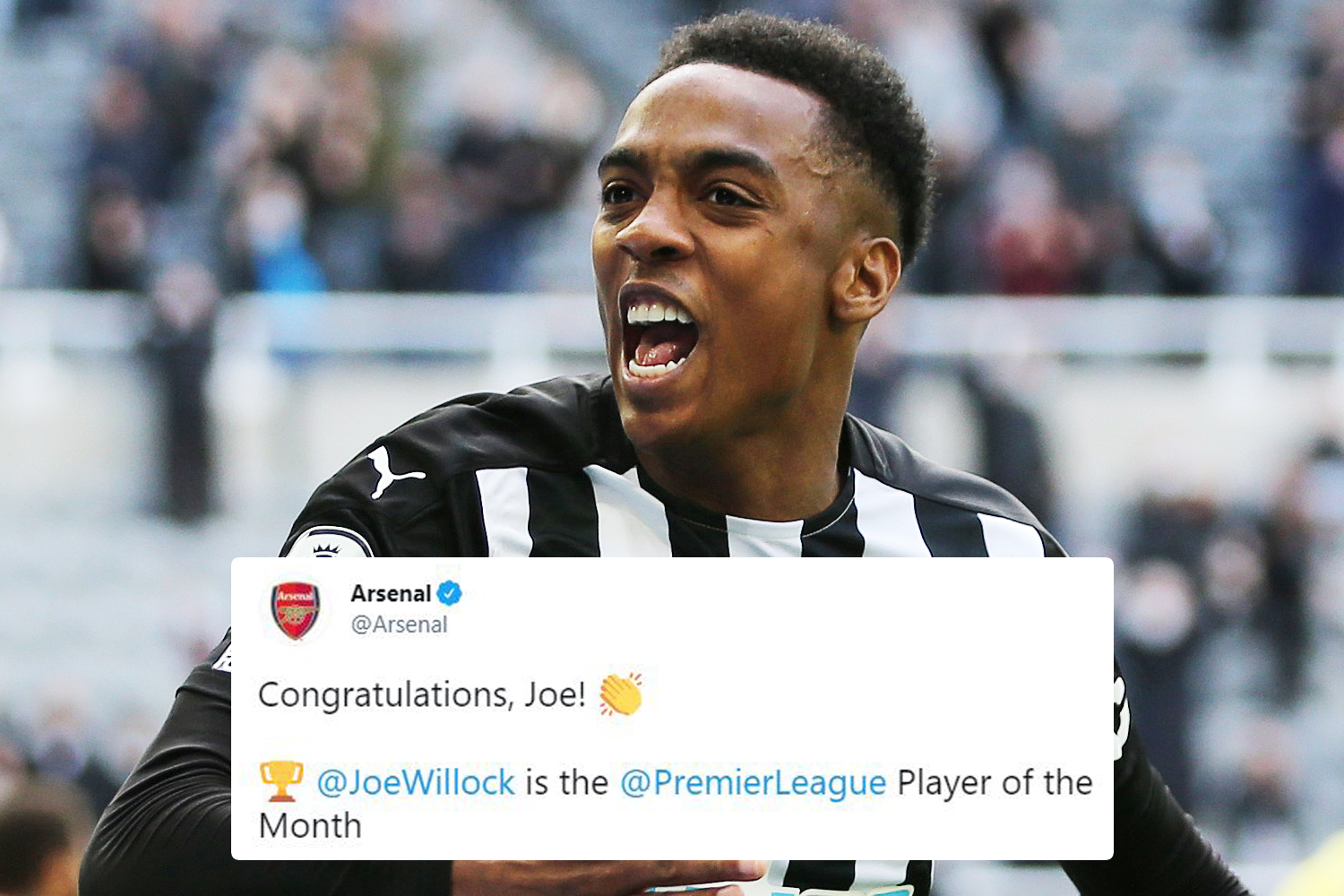 The Gunners were quick to offer their congratulations for Willock's achievement but it only highlighted the current failings at the club.

Arsenal failed to qualify for Europe for the first time in 25 years after finishing eighth in the Premier League.

And Arsenal fans could only watch as Willock ran riot for Newcastle during the final weeks of the season.

Willock netted for the seventh game in a row in Newcastle's closing win over Fulham.

It was a remarkable feat for the 21-year-old midfielder and left Gunners supporters questioning what he was doing out on loan.

Mikel Arteta has already confirmed he will keep hold of Willock next season.

But disgruntled Arsenal fans will be scratching their heads at his stunning scoring form which could have aided their failed European challenge.

And the award provided plenty of ammunition on social media to mock Arsenal after their struggles.

A Twitter response to Arsenal's praise for Willock said: "Newcastle are a bigger club."