The Gabon striker has been hugely disappointing in the recent matches against Rennes and Tottenham, while the German is often overlooked for the big games. 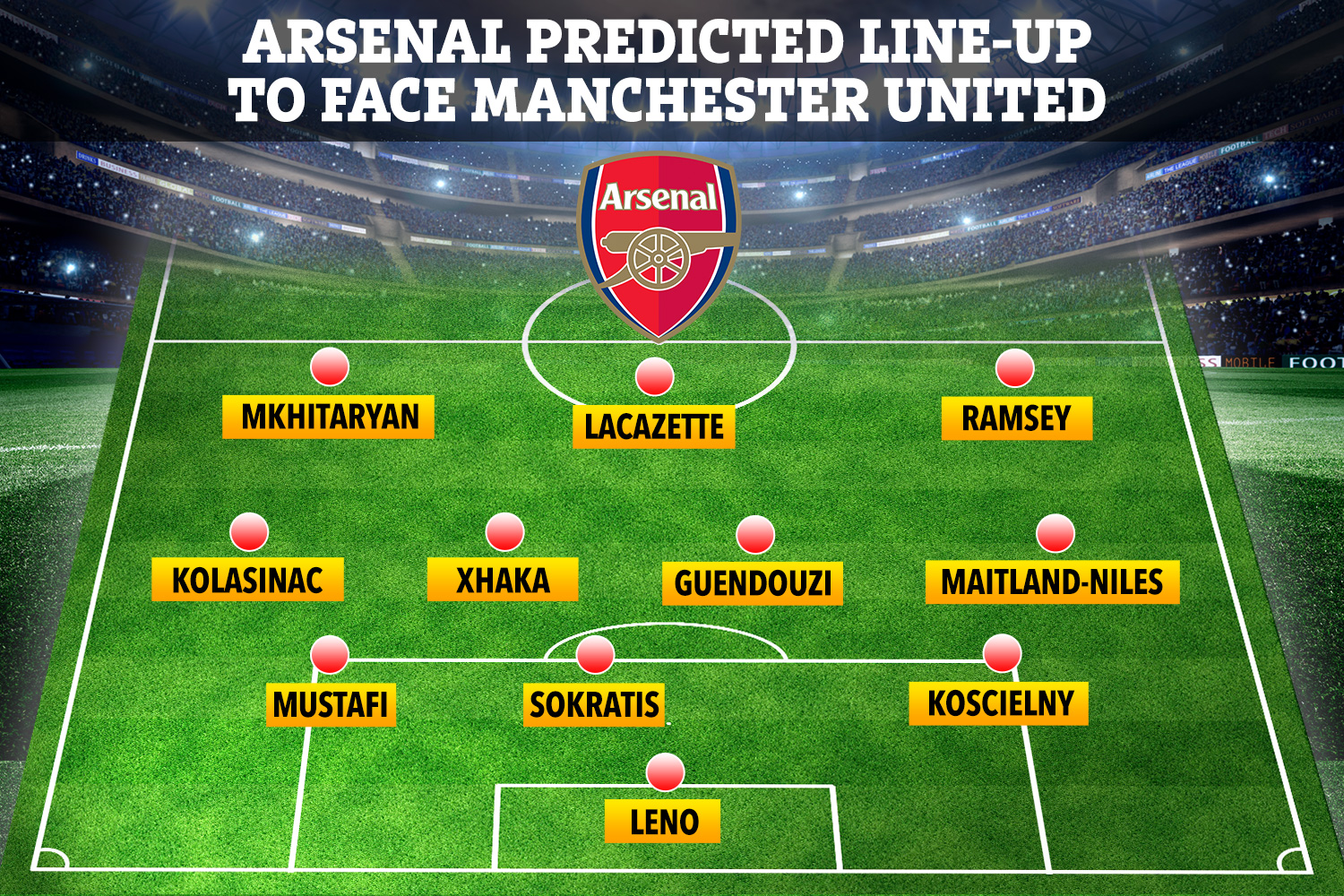 The Gunners know a win against the Red Devils will lift them back into the top four at the expense of United and boost their chances of qualifying for the Champions League.

Bernd Leno is nailed on to keep his place between the sticks, with Emery to possibly play with three central defenders and two full-backs.

Ainsley Maitland-Niles and Bosnian ace Sead Kolasinac could start either side of Shkodran Mustafi, Sokratis Papastathopoulos and Laurent Koscielny. 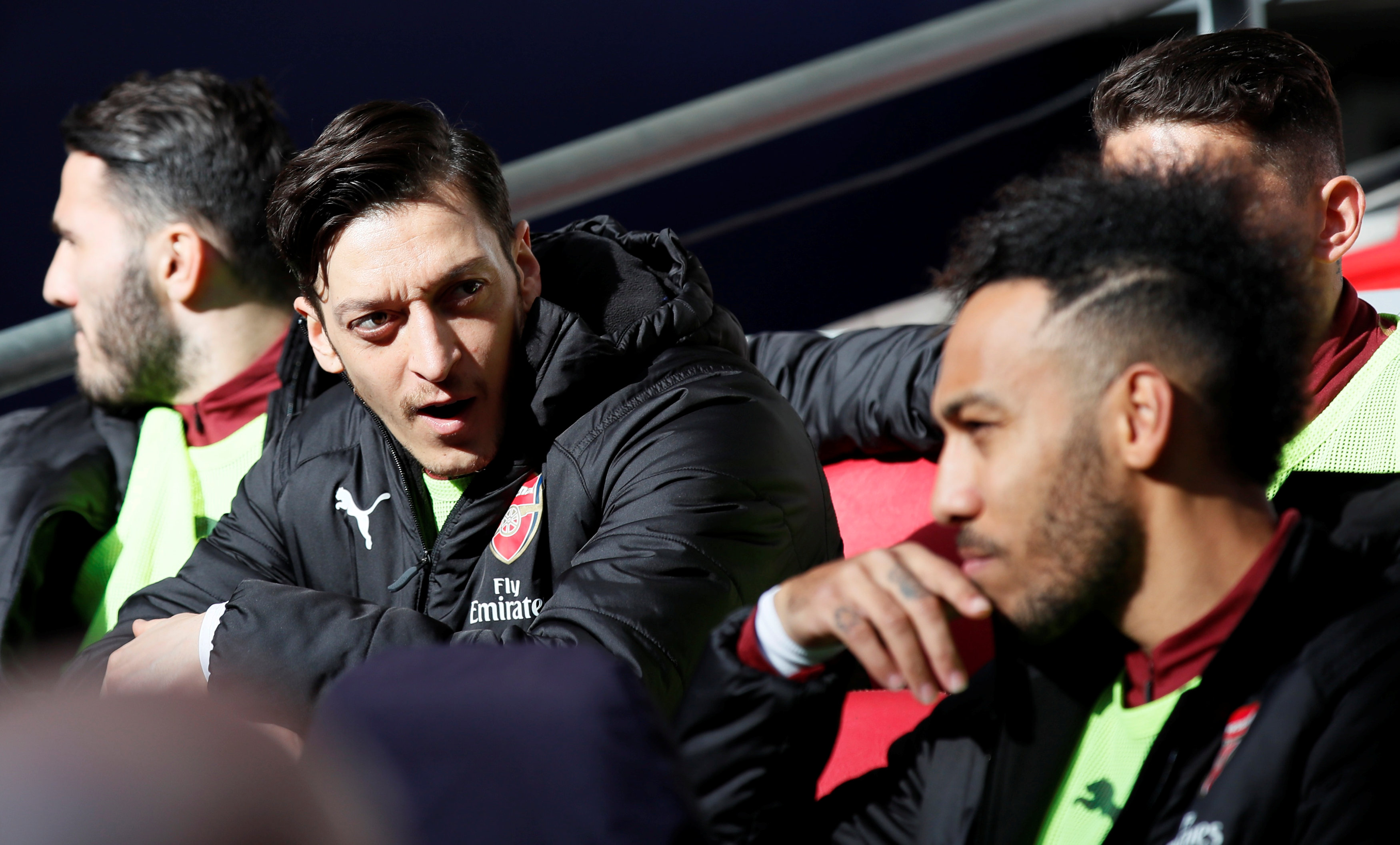 Aaron Ramsey is set to get the nod over Mesut Ozil after his starring display against Spurs, while Henrikh Mkhitaryan is likely to keep Alex Iwobi out of the starting XI.

Alexandre Lacazette is certain to lead the line for Arsenal in expense of Aubameyang, who has flattered to deceive in recent weeks.

But Emery could spring a surprise on fans with a completely different line-up and formation as Arsenal look to extend their unbeaten run in the Premier League to five games.

Though the German gave away a needless penalty last week against Tottenham, the World Cup winner never looked in trouble when one-on-one with the attacker. 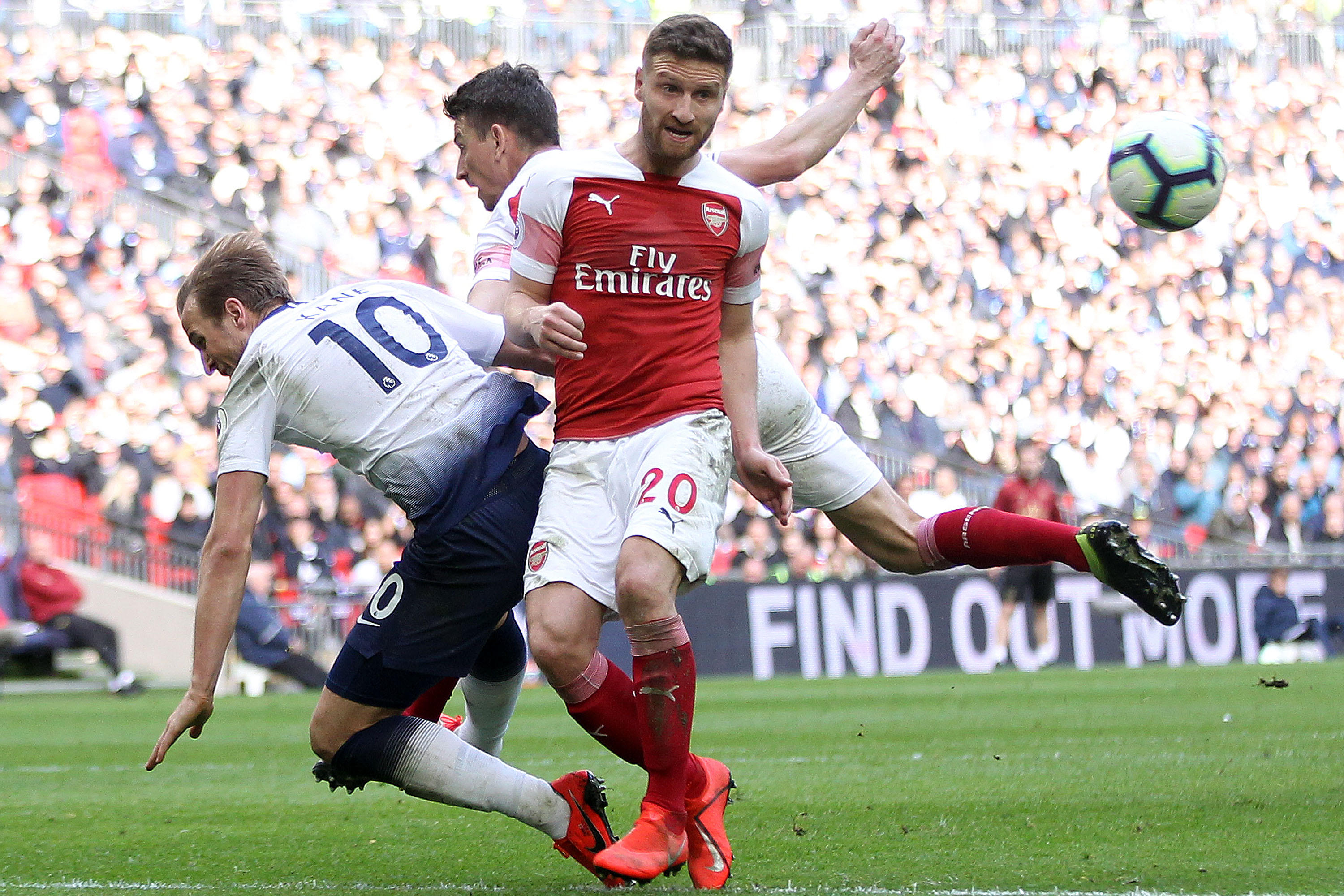 And while Maitland-Niles is quicker than his team-mate – and more attack-minded – he lacks the defensive know-how given the fact his preferred position is in midfield.

And with Anthony Martial primed to start at left-wing, Arsenal know they have to keep the Frenchman at bay.

Iwobi and Ozil to start?

There's no secret that Emery is a huge fan of Iwobi, with the Nigerian international featuring in 26 out of Arsenal's 29 Premier League games.

He has started in four of the last five top-flight games, and often helps out his full-backs by tracking back, while his tireless work rate constantly puts the opposition under pressure. 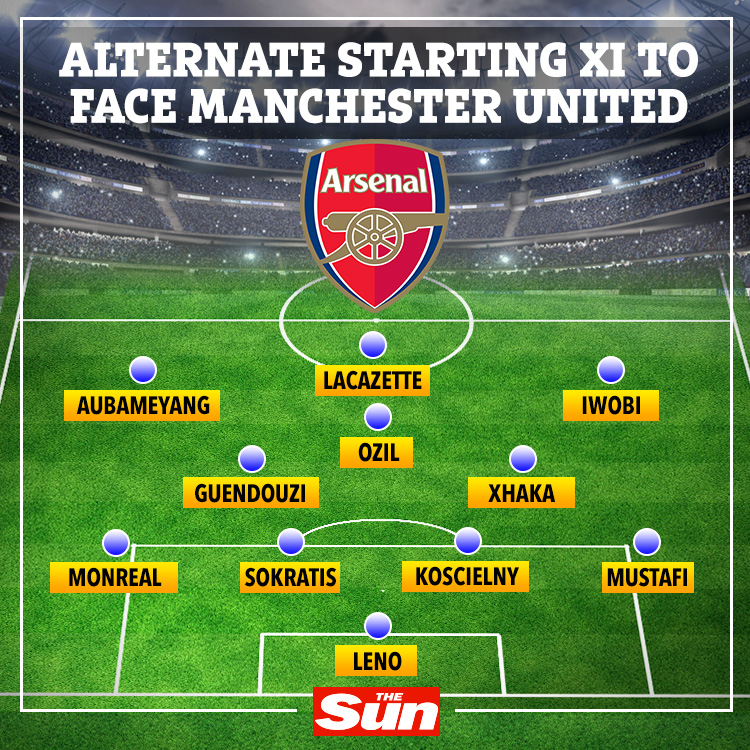 In contrast, Ozil – who hardly ever supports his defence – may get the nod to unlock gaps in the final third of the pitch.

Arsenal are desperate for creativity in the middle of the pitch, and Ozil would undoubtedly create chances for his team-mates.

Aubameyang and Lacazette to start together?

Fans would be salivating at the prospect of the two strikers starting together against United, with their link-up play proving lethal this season.

Should the duo both take to the pitch at kick-off, Aubameyang would likely be playing at left wing, a position he has often played this term.

The last time the pair started together was in the 3-1 away defeat against Manchester City on February 2.