ARSENAL duo Alexandre Lacazette and Pierre-Emerick Aubameyang once again proved to be the difference to fire the Gunners into the Europa League final.

Unai Emery's men came back from behind to beat Valencia 4-2 at the Mestalla as they target their first European success since winning the Cup Winners Cup in 1994. 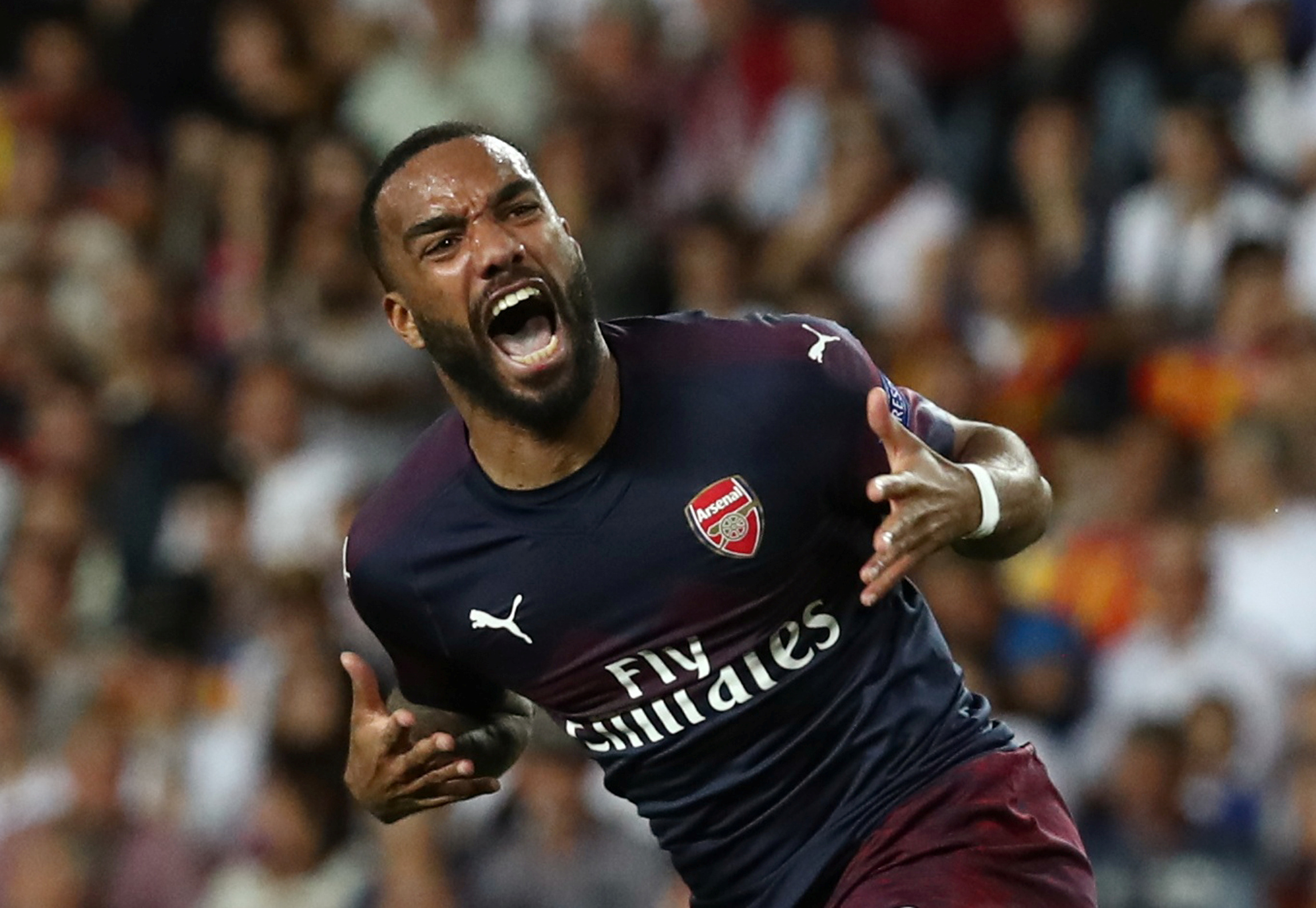 Aubameyang netted a sublime hat-trick, while Lacazette also got in on the act as Emery targets his fourth Europa League crown.

Here's how SunSport rated and slated the North London club…

Didn't have too many saves to make, but his most vital contribution was his long kick up forward that got Arsenal's equaliser.

Was out of position for Valencia's opener after missing a chance for the visitors and was regularly beaten down the channel by Goncalo Guedes. Looked nervous when one-on-one with an opposing player.

But the natural central midfielder once again put in 100 per cent and battled for every ball on the pitch, while he also supplied the cross for Aubameyang's second.

Was often isolated at times due to Maitland-Niles either not in position or being beaten to the ball.

The Greek stalwart however put in a number of key tackles and headers to relieve the pressure.

Still Arsenal's best centre-back, the Frenchman put in another dazzling display at the heart of the defence.

The 33-year-old failed to get tight to Gameiro who tucked home into an empty net and was ball-watching for Valencia's second.

Despite being a fan favourite, and a player that gives his all for the badge, the Spaniard is a player that Emery must replace in the summer.

Question marks still remain over the Bosnian's defending with the left-back often second to the ball and too eager to put in a challenge.

But he desperately needs to work on his final ball as he regularly gets into the perfect position, but is wasteful in his crossing.

Should have done better for Gameiro's tap-in after letting Rodrigo run away from him.

The Uruguayan – who has been off the boil in recent weeks – was also guilty of giving away fouls on the edge, but he still put a good shift in for his side. 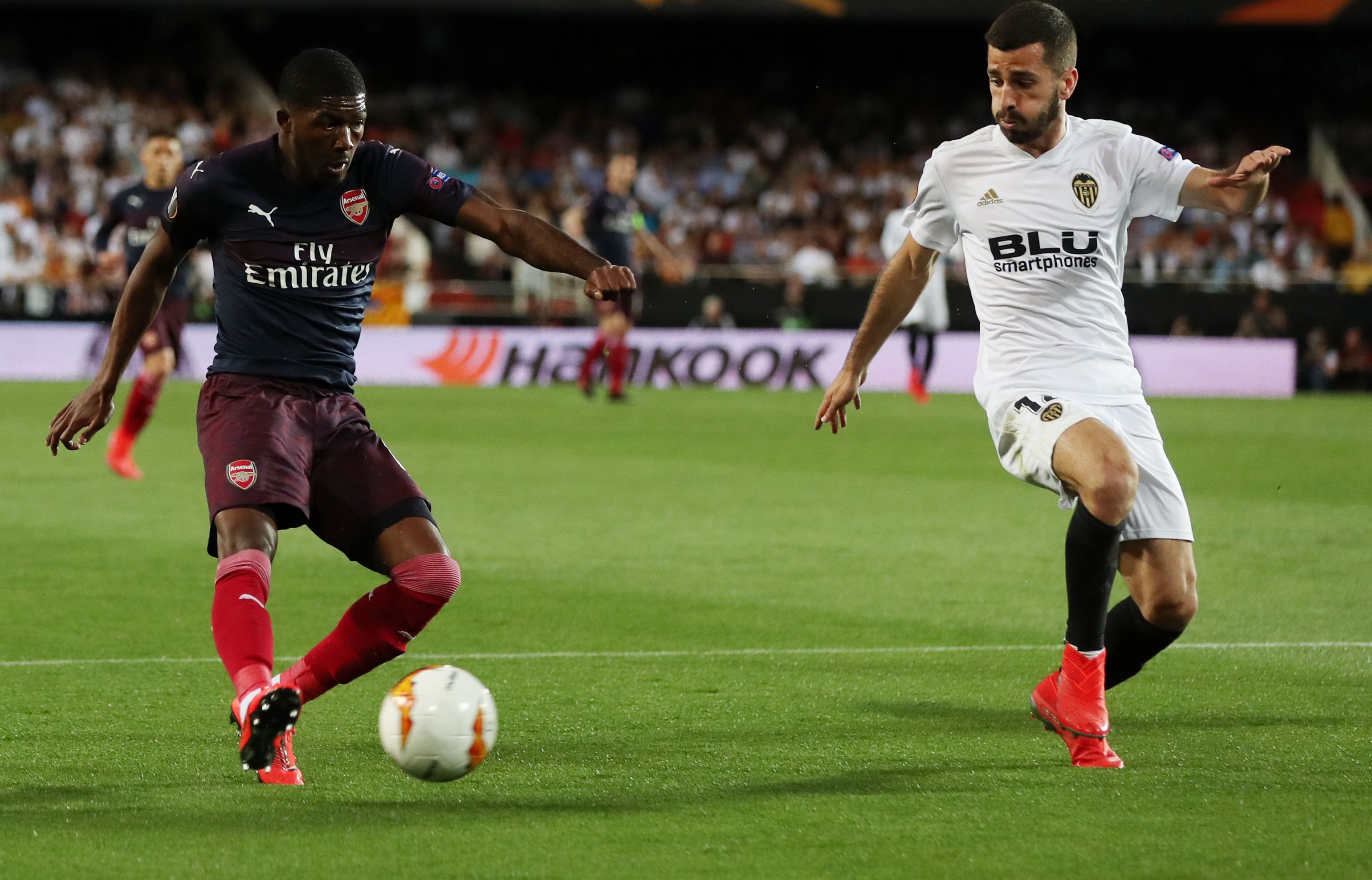 A love him or hate him player, the Swiss maestro was regularly on hand to sweep up the loose ball, and intercept an opponent.

The World Cup winner struggled to get into the game at times and couldn't find the pockets to unlock spaces for his strikers.

Gets a lot of stick over his finishing, but took his equalising strike expertly. Constantly chasing the loose ball and harassing Valencia's defence, the Gabon international proved to be a nuisance all night.

A brilliant display from the former Borussia Dortmund man who was always looking to help out Maitland-Niles.

Took his second goal brilliantly as tucked home Maitland-Niles' cross, while he made no mistake as he rifled in from close range late on for his first Arsenal hat-trick. 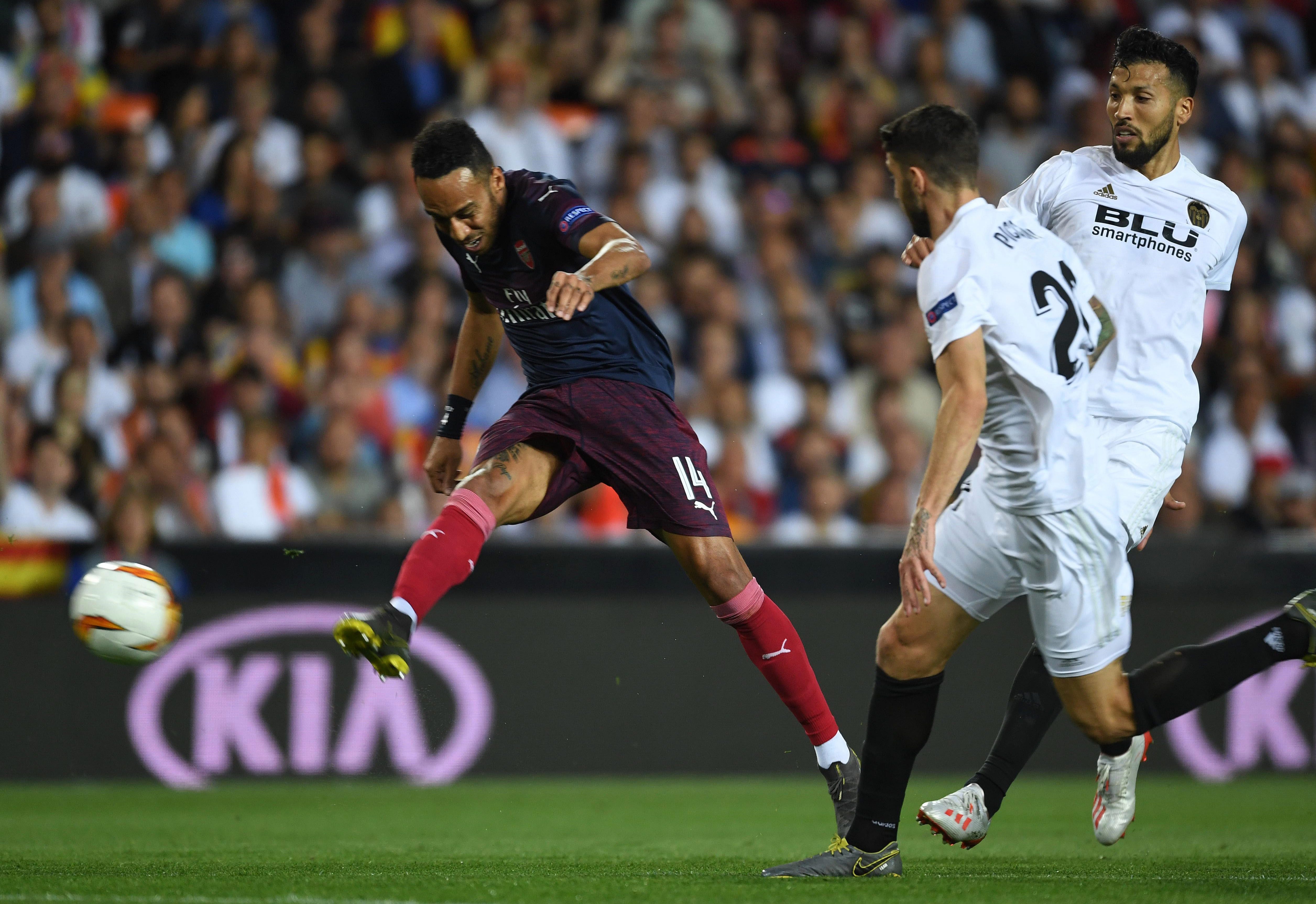 Arsenal's Player of the Year once again put in a tireless performance and got the vital flick-on to set up Aubameyang's emphatic half-volley.

Unlucky to have hit the post in the first half, he made no mistake in the second period as he found the bottom right corner with a splendid finish.

For a player of his size, it's amazing how well the ex-Lyon ace holds up the ball and bring his team-mates into play.

Came on for Ozil, and set up Aubameyang for his hat-trick.

An 80th minute substitute for Torreira, the youngster was tidy in possession as he looked to keep the ball.