BERND LENO will reportedly remain on the bench for Arsenal's away clash at Burnley on Saturday but then return to face Tottenham.

The German goalkeeper, 29, lost his place in the starting XI to Aaron Ramsdale for the Gunners' 1-0 win against Norwich. 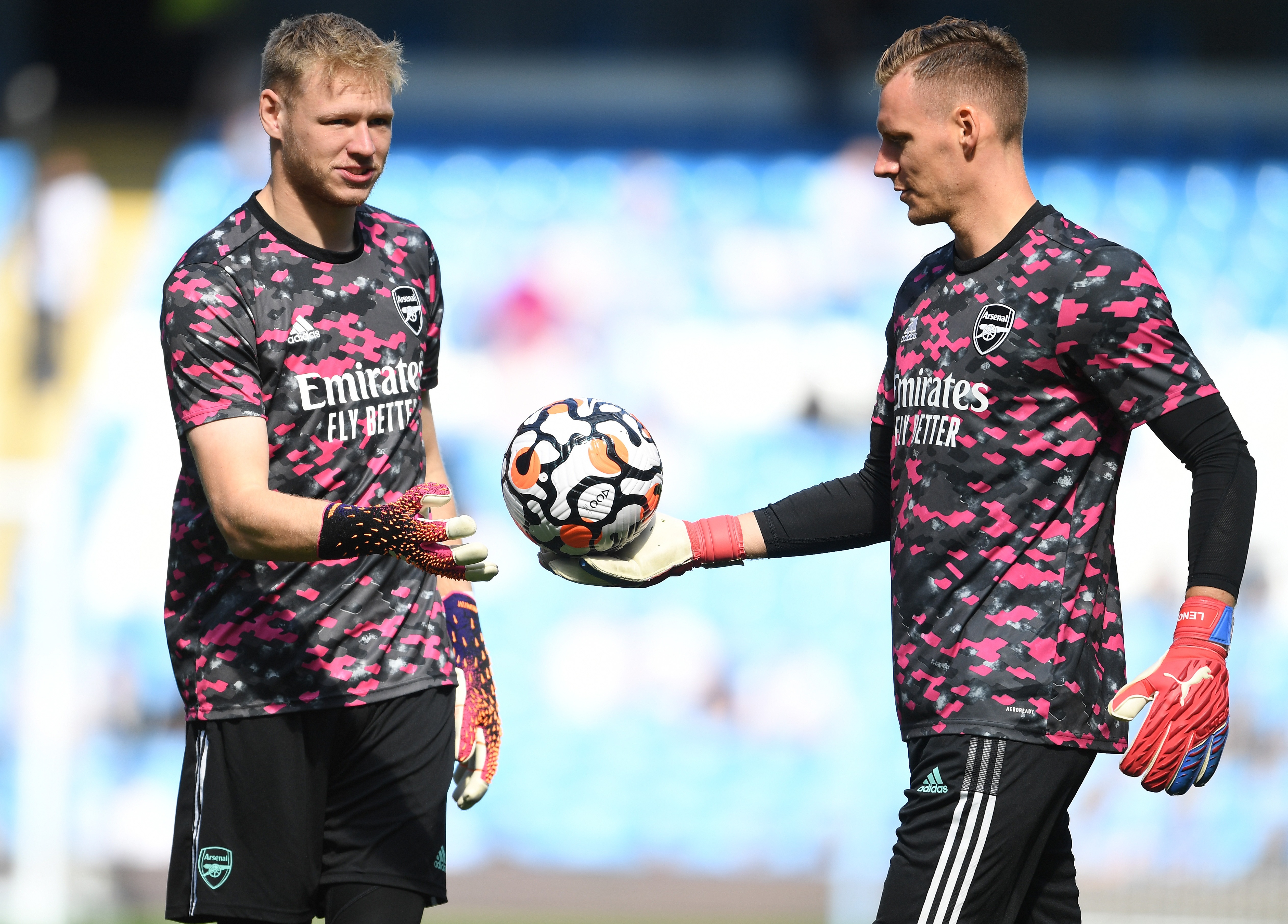 After shipping in nine goals from the club's opening three Premier League matches, Mikel Arteta decided to make a change between the sticks.

In came England international Ramsdale, 23, to make his top-flight debut for the North Londoners after keeping a clean sheet in the 6-0 Carabao Cup win over West Brom last month.

And the former Sheffield United shot-stopper is now expected to retain his place in the side for the trip to Turf Moor on the weekend.

But it has been claimed that regardless of whether he plays well, he will return to the dugout for the North London derby on September 26.

According to Bild reporter Christian Falk, Leno was told by Arteta he was to be given a two-game break following the 5-0 defeat to Manchester City.

He tweeted: "According to my information: Mikel Arteta promised that Bernd Leno will have just a break for two matches.

"So: Against Spurs Leno should be back on the pitch. We will see if Arteta keeps his word."

Prior to Arsenal's clash against Spurs at the Emirates, Arteta's men face AFC Wimbledon in the Carabao Cup third round.

It remains to be seen what goalkeeper the Spanish gaffer decided to start against the League One outfit.

Summer arrival Ramsdale has discussed his No1 battle with Leno, as he declared he is looking to prove why he should start weekly.

He said: “I don’t know what the manager is going to do. Saturday might just have been a tactical tweak.

“It’s my responsibility to force him to carry on picking me, which is something I have to do on a daily basis.

“Now me and Bernd will be competing in a good, healthy way. We’ve got to continue that competitiveness on the training ground and I have to try to stay in the team.

“It’s been a tough start to the season for Arsenal.

“We have our first clean sheet and our first win — and now we have to build on that.”