PIERRE-EMERICK AUBAMEYANG gave youngsters at Greek side A.O. Mykonos' academy a nice surprise by training and taking pictures with them.

The Arsenal captain was pictured smiling as he indulged in a pre-season kick-about with the teens in the Greek city. 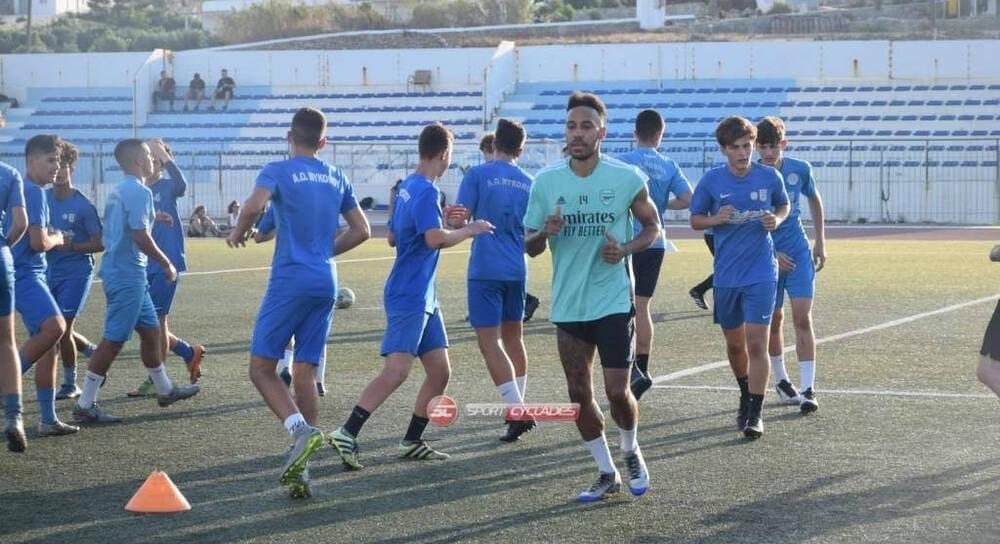 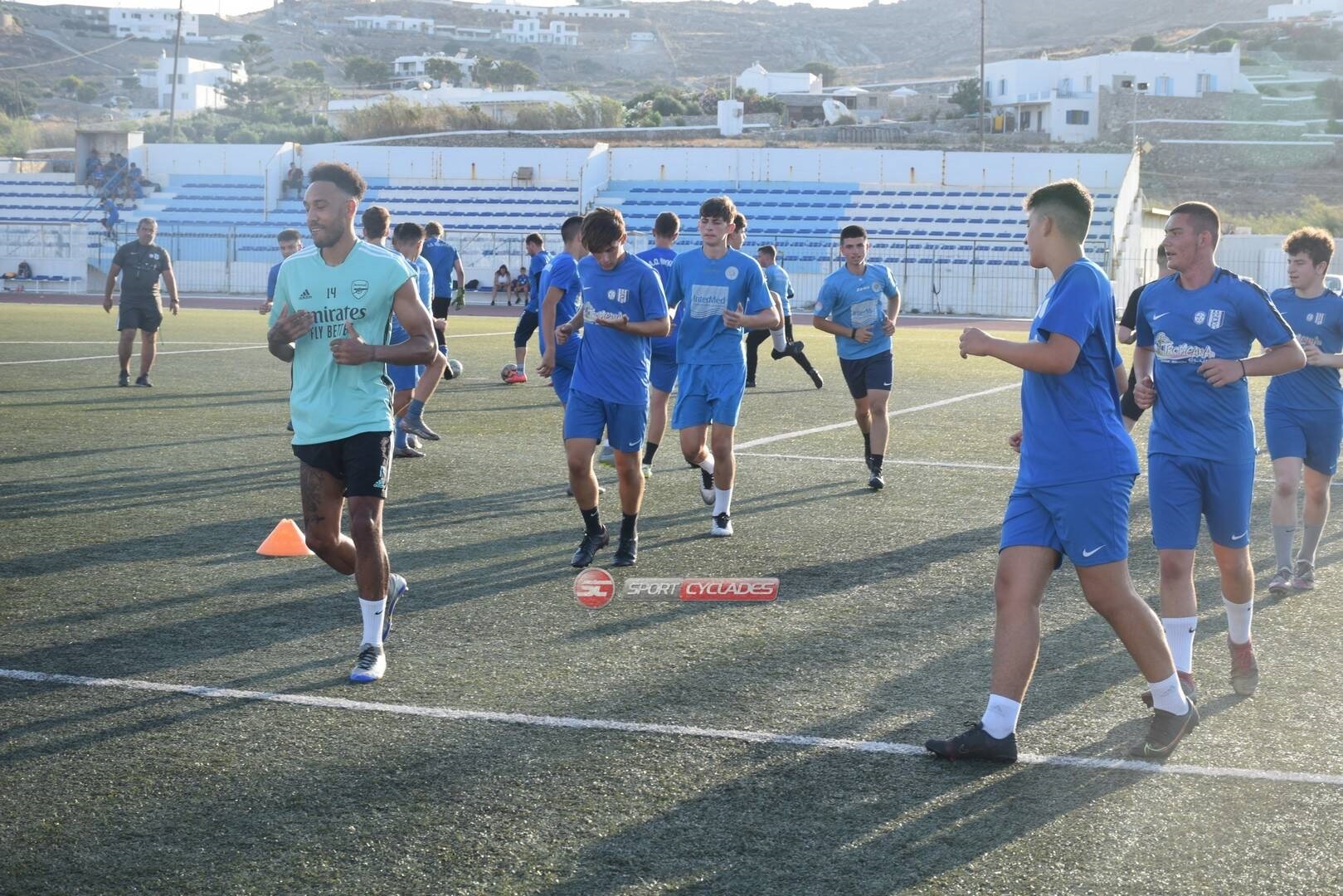 He can be seen putting himself through their training regime in a Gunners shirt with a focused look in his face.

And to top off their day, the 31-year-old left life-long memories of the epic moment by posing for snaps with the budding ballers.

The occasion was shared by Football.London reporter Chris Wheatley who called the Gunners hit-man class for his act.

He wrote: "Auba trained with the A.O. Mykonos academy side and posed for photos with the players after the session. Class.

"Amazing experience for those youngsters training alongside the #AFC captain."

The French ace seems to be developing a knack for training abroad with local teams.

Earlier this month, he scored a wonder-goal while training in his home country with local side Le Mans.

Auba, in his No 14 Gunners jersey started off with a series of rapid step-overs before cutting inside and smashing a long-distance effort home while leaning away from goal.

And last year, the globe-trotter was found at a playing a 7-a-side game in Italy with locals.

The former AC Milan youth ace was visiting his brothers Willy and Catilina in the country, before they ended up at a football centre in Varese.

The striker showed the utmost generosity by providing a Gunners shirt to all of his team and paying for the pitch in the game.