Just hours after losing to Atletico Madrid on penalties, the Gunners squad got together for an evening of food and fun. 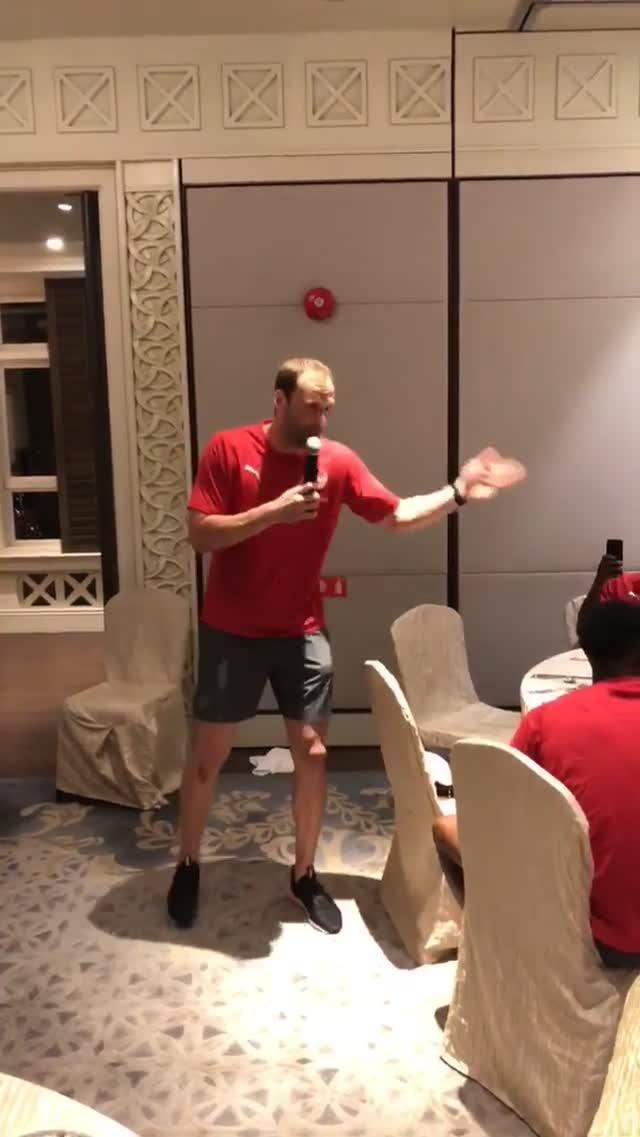 While team-mates went through their initiation ceremonies, Cech was called upon to sing to his fellow Arsenal stars.

But instead, the man known for his musical ability as a drummer, burst into an expletive-laden freestyle rap…

…And the whole thing was captured on camera and shared to Instagram by team-mate Mesut Ozil.

This is not the first time Cech has stunned team-mates with his freestyle rapping ability… after doing exactly the same in 2016. 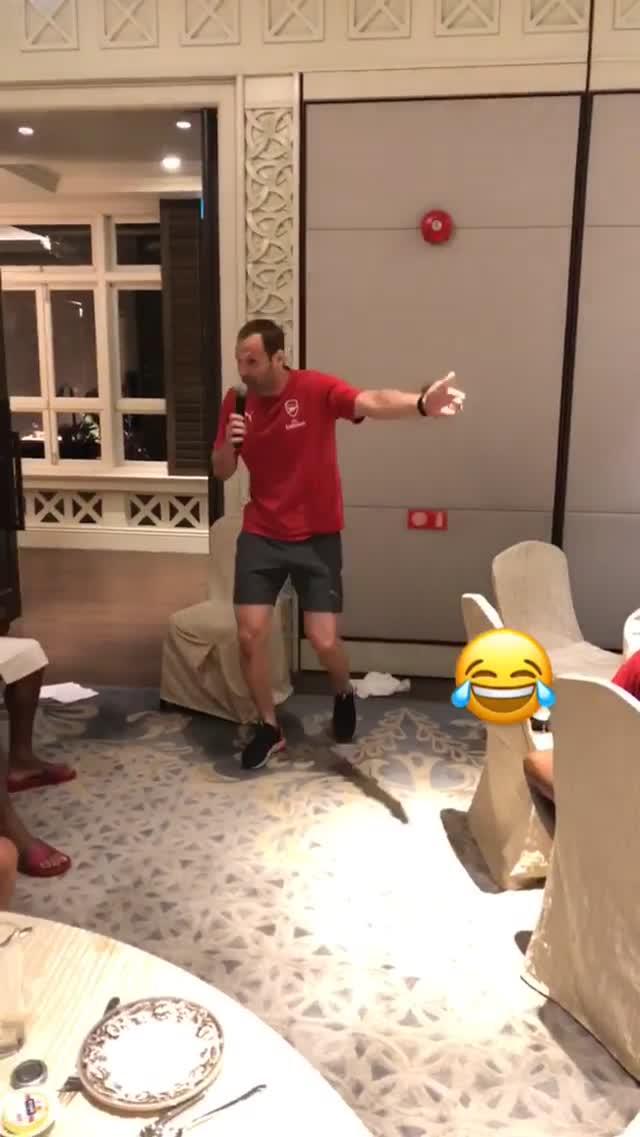 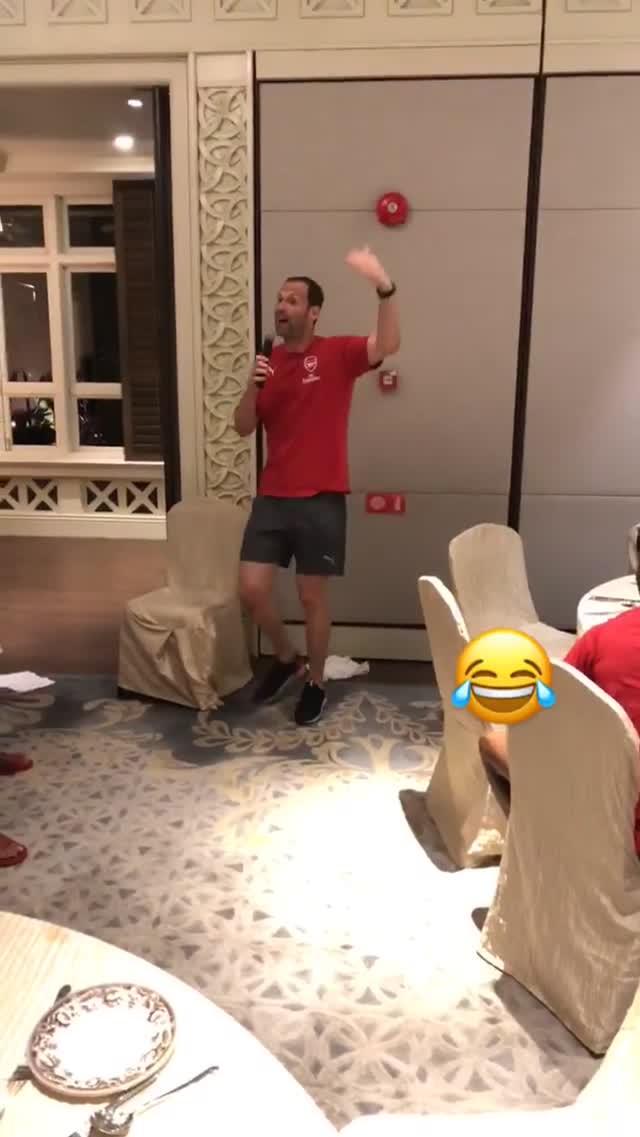 Just days after joining Arsenal, Cech performed for his new pals and explained: "I can't sing, so my idea was to avoid singing.

"So I kind of went into a rap song based on what I'd seen in the room.

"We did it during a dinner where people were sitting by the tables, so I was just going table by table and whatever came to my mind with the rhymes and a bit of funny lyrics.

"I just went through and did it. Everybody liked it, so that was good, and it actually saved them from listening to my singing."