And Arteta is keen on an Emirates return after two years working as Pep Guardiola’s assistant at Manchester City. 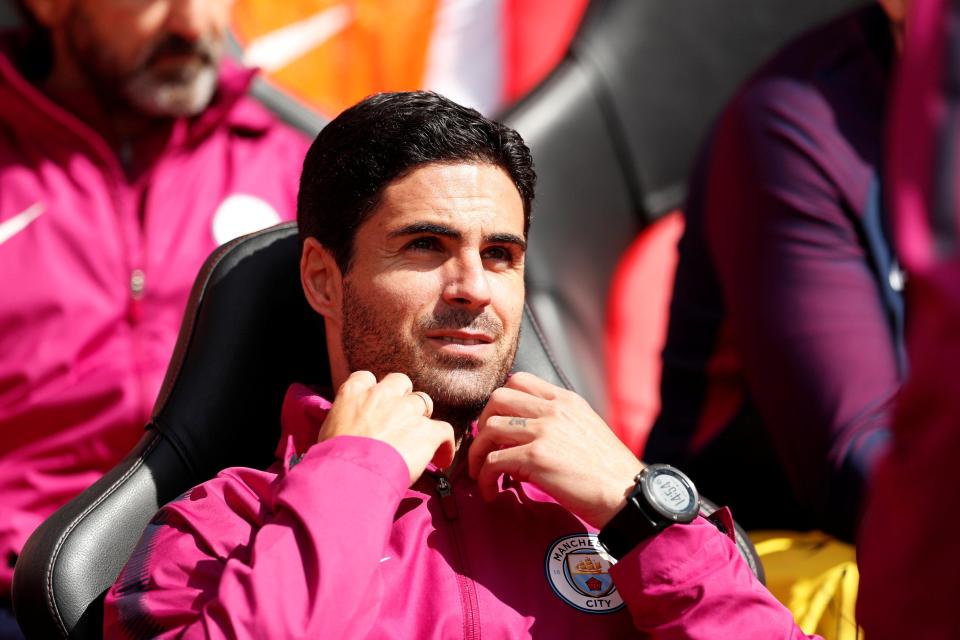 Gunners chief executive Ivan Gazidis has been pushing for Arteta since Arsene Wenger announced he was stepping down last month.

The Spaniard, 36, fits perfectly into the Gunners’ long-term vision of how the club will be run after 22 years of Wenger’s management.

Arsenal’s head of football relations Raul Sanllehi is believed to favour a more experienced replacement for Wenger — but Gazidis is confident of overcoming his reservations.

Having finished sixth, their lowest position since 1995, there is a feeling at the Emirates the club has nothing to lose with a bold appointment. 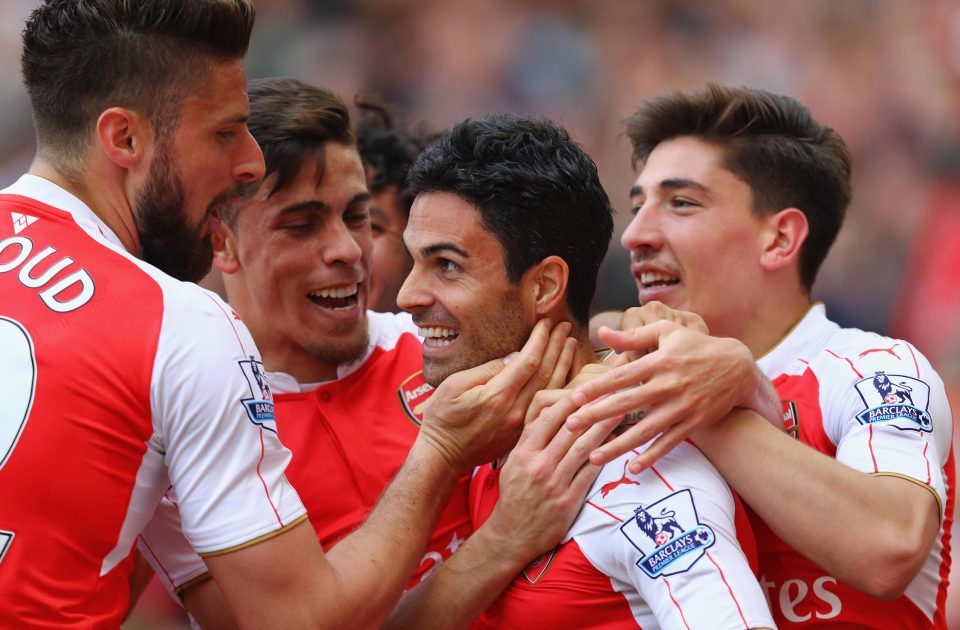 They are condemned to another season in the Europa League and are looking at a youthful coaching set-up to reinvigorate an under- performing squad.

The plan is for Arteta to focus on coaching and team selection, leaving Sanllehi and head of recruitment Sven Mislintat to deal with contracts and new signings.

Arteta would head up a coaching team comprised of a host of other ex-Arsenal favourites including Jens Lehmann, Per Mertesacker and Freddie Ljungberg, returning to the Emirates as Under-23 boss.

Former Everton midfielder Arteta spent five years as an Arsenal player before retiring in 2016 and knows the club and the Premier League inside out. 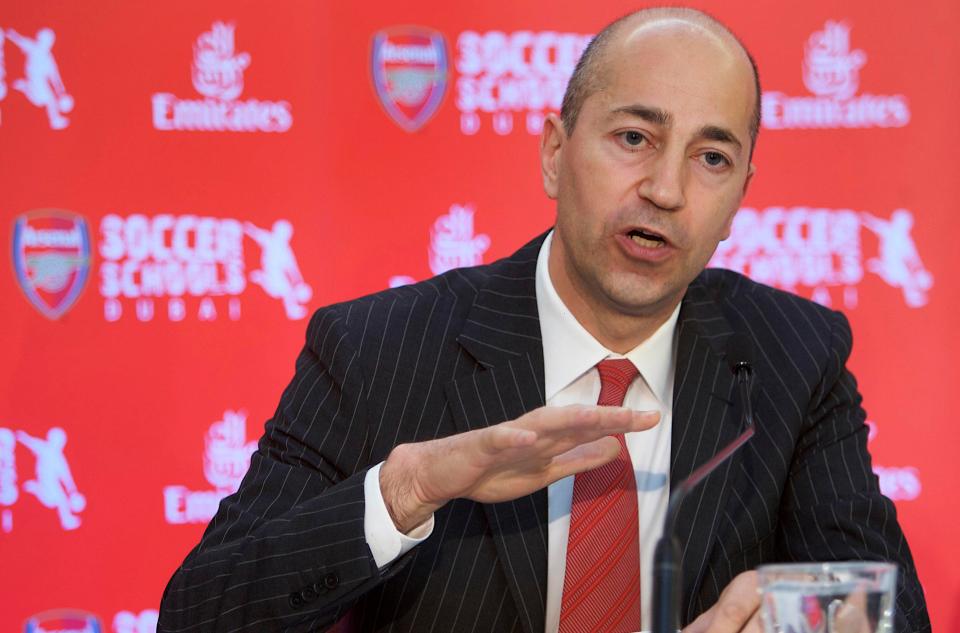 He wowed Wenger and Gazidis with his intelligence, professionalism and attitude during his time at the Emirates and is regarded as an articulate and impressive figurehead.

Also key is that he would not cost a fortune to recruit from City, where Guardiola promised not to stand in his way if Arsenal make an offer.

Juventus coach Max Allegri is still on the radar but has 12 months on his £6million-a-year Juventus deal and said he intends to stay in Turin.

He would want to rip up Wenger’s squad and spend up to £200m. 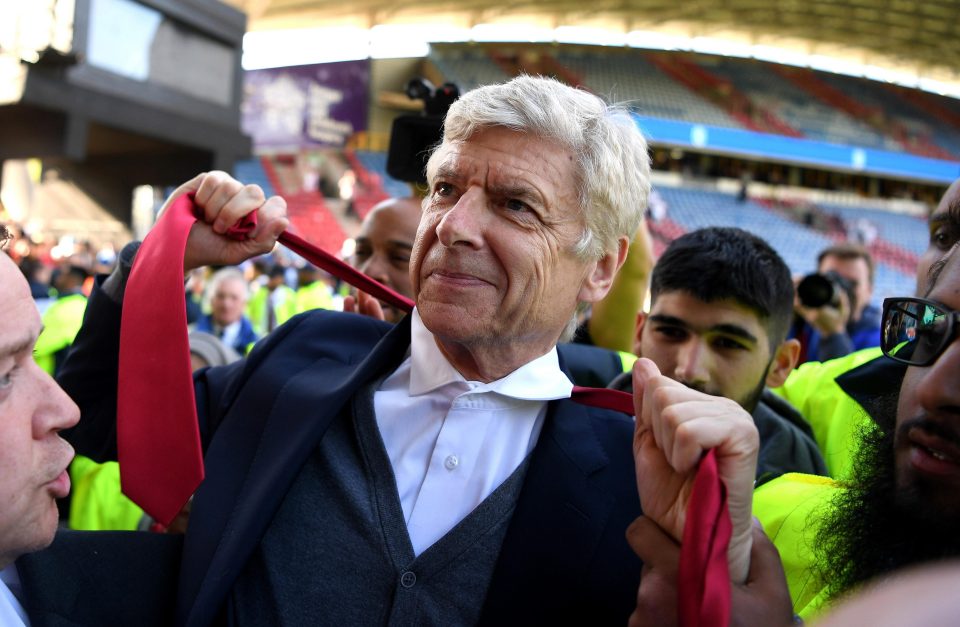 But Arsenal are already committed to a £10m pay-off for Wenger and assistant Boro Primorac and only want to spend £50m this summer.

The club aim to have their new man in before the World Cup and hope to announce him this month.

Gazidis, Sanllehi and Mislintat are involved in the recruitment but owner Stan Kroenke and son Josh will make the final call. 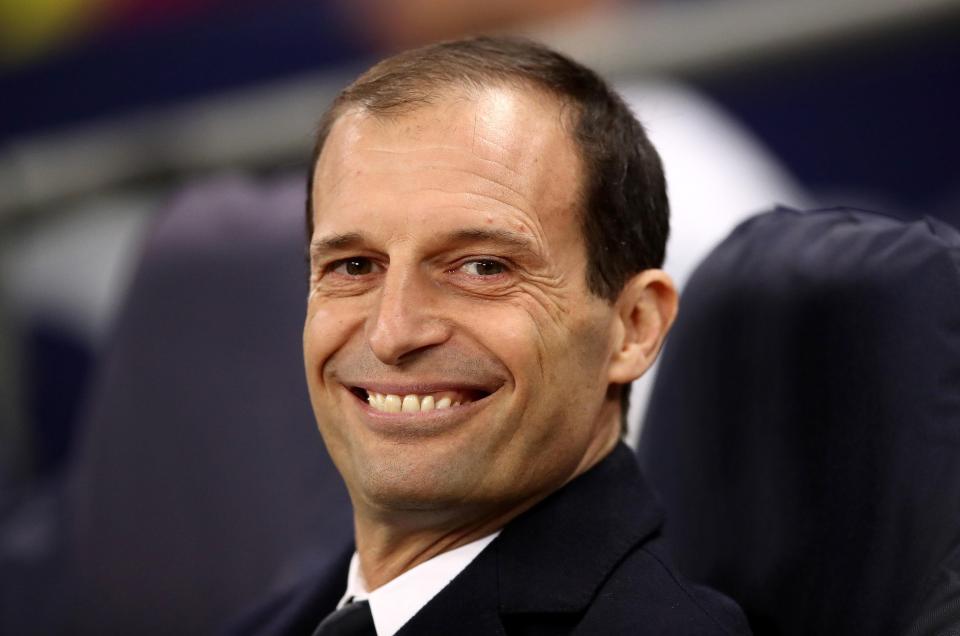 But the Gabon striker, 28, said: “I thought he would be here for years. This is life, this is football. I learned a lot, not a lot of time to work with him but I learned a lot.”

Keeper Petr Cech fears Arsenal could become a hire-and-fire club. Cech, 35, said: “Consistency in football is one of the hardest jobs.

“The new manager will find the club in a very healthy position and obviously he will need to succeed as well. That will determine how long the new manager or coach stays.”

Wenger will be honoured at the League Managers Association awards tonight — but he is in France on a long-standing work commitment. City boss Pep Guardiola is set to scoop Manager of the Year.