The thrill of the Russian roulette he’d talked about experiencing during each match of his long career. 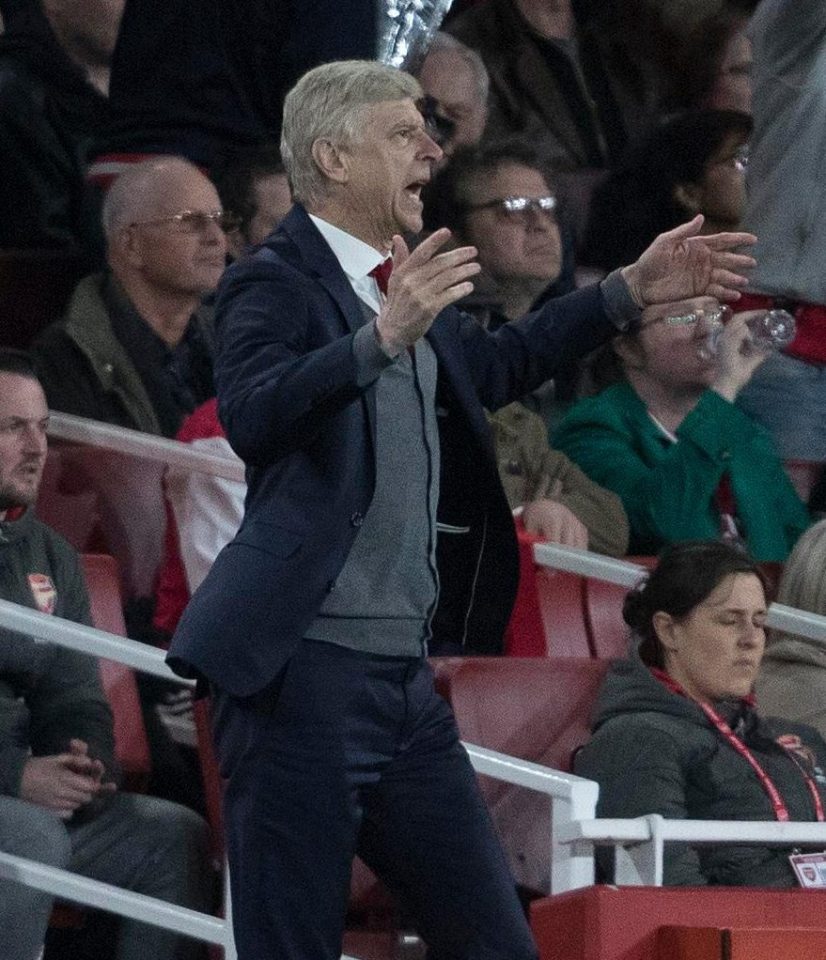 Even after Antoine Griezmann seized on the pratfalling of his Arsenal defence to net a critical late away goal for ten-man Atletico Madrid, you could not imagine Wenger giving up on his precarious profession.

This Europa League run is odds-on to end in failure after that crushing late drama.

But at least this had been a throwback to some of the epic battles of Wenger’s glory days.

Like a library hijacked by hardcore ravers, the Emirates suddenly started acting like Anfield last night and for a while Wenger must have felt himself transported back a decade or so. 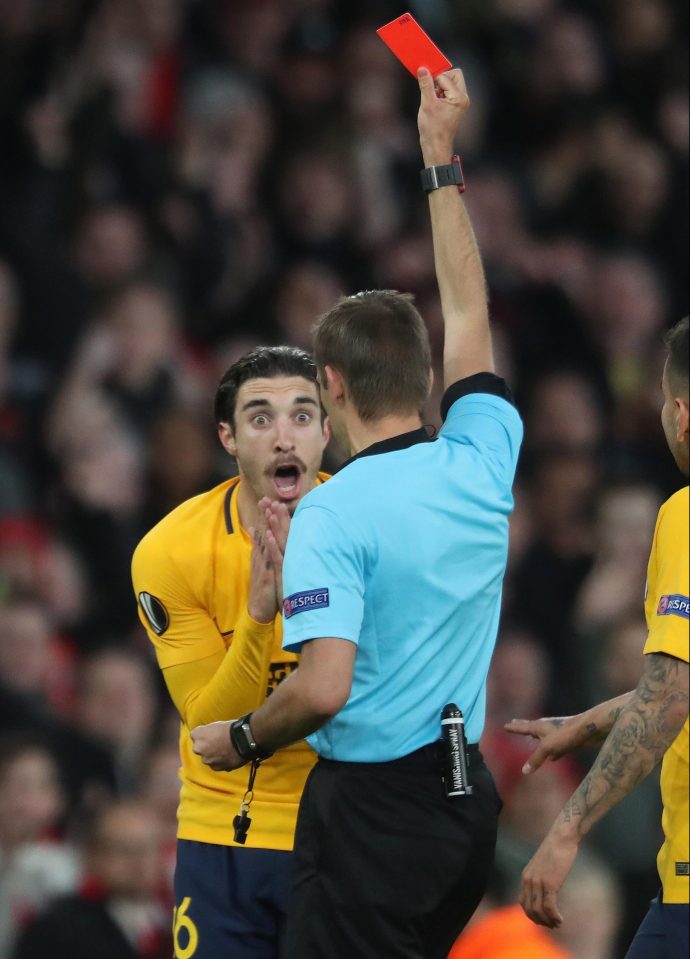 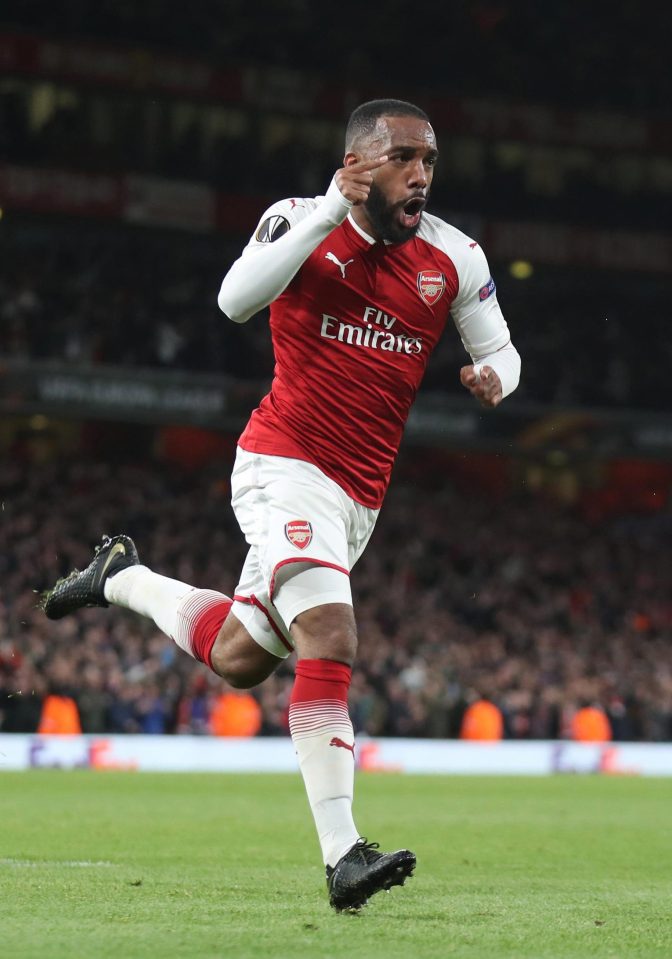 Arsenal were handed a massive advantage by the early dismissals of Atletico defender Sime Vrsaljko and manager Diego Simeone.

But only men with steel hearts would have begrudged the old Frenchman some good fortune after his 22-year reign had been brought to a halt last week.

Too often this 60,000-capacity monument to Wenger has felt like an art-house Islington cinema with patrons strolling in and out for popcorn and drinks, with little passion for the show.

Not last night, though. Those early bookings brought out the bear-pit in this place. 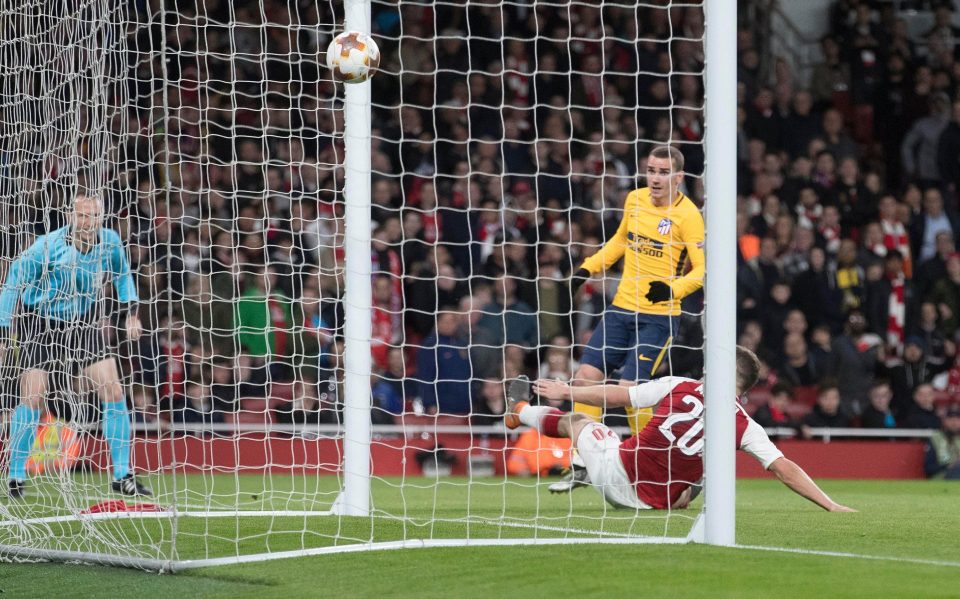 Wenger’s great teams could be as brutal as they were beautiful.

Patrick Vieira and the classic back four would never shrink from a fight.

And while the current lot are not cut from the same chainmail, they didn’t shrink from the mental fight — they simply failed to defend a long ball because Wenger’s defence has not been good enough for many years.

Of course, Diego Costa is likely to be back after being left on the bench last night — and that means the return match is likely to fizz and crackle with menace and spite even more than this feisty affair.

And Arsenal have a mountain to scale if they are to win at the Wanda Metropolitano, the new stadium where Atletico rarely even concede.

Whatever the outcome, it’s been weirdly compelling to watch the Arsenal manager coming to terms with his departure over the past seven days.

A workaholic dealing with the loss of love’s labour.

In his programme notes last night, Wenger admitted: “I dedicated my life to this club. Sometimes certainly in excess, but that’s how I am and in my next job I think I’ll be the same again.”

Those were the penultimate such notes of his 22-year reign. For the final home match they are likely to be tear-stained.

Beforehand, Arsenal seemed to be labouring under the misapprehension that Simeone’s streetwise Atletico side might be terrified of tinfoil and asked their supporters to wave the stuff before kick-off.

Then a much-trumpeted pre-match light show, in broad daylight. Do they think these things through, this new club management structure?

But there was no need for those sort of gimmicks last night. There rarely is when you have a proper match between two great clubs.

On the eve of this semi-final, first leg, Wenger had been bemoaning how his one Champions League final, the 2006 defeat by Barcelona, had been turned by a red card for Arsenal’s keeper, Jens Lehmann.

Soon the boot was on the other foot for a major European tie. Now Vrsaljko is not a name you’d enjoy writing down once, let alone twice — but French ref Clement Turpin took it twice in the first ten minutes, for fouls on Jack Wilshere, then Alex Lacazette. 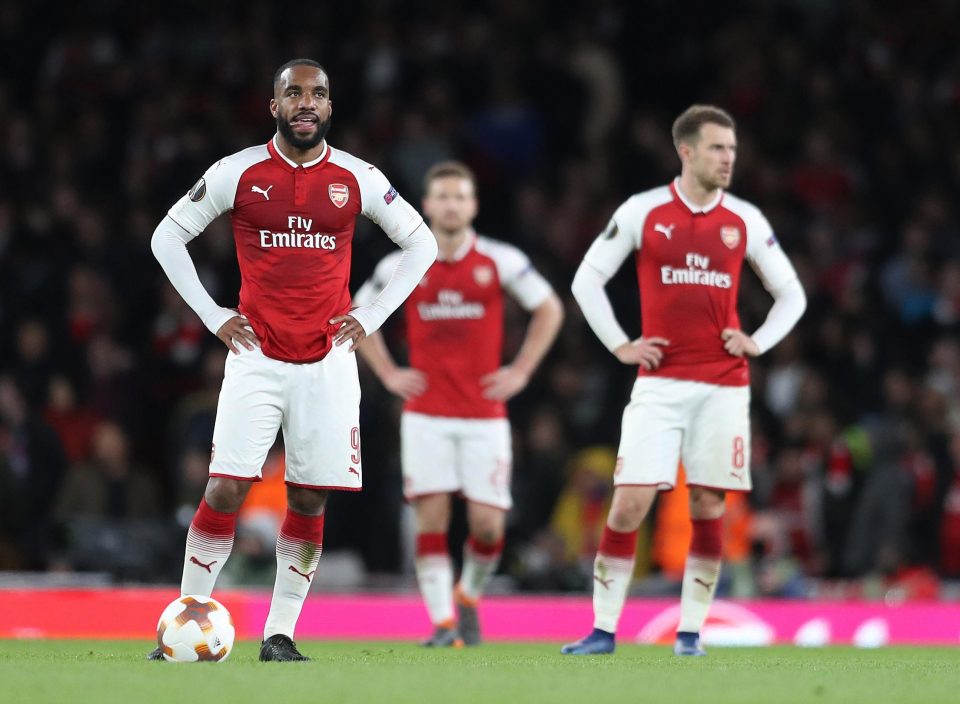 And a couple of minutes later, it was Simeone himself being banished from the pitch, sent from his technical area for ranting about a foul from Hector Bellerin which Turpin refused to punish with a booking.

Lacazette had already crashed a shot against a post and had a header brilliantly saved by Jan Oblak. After Simeone had been frog-marched from the touchline, Danny Welbeck and Nacho Monreal went close.

Even as the Emirates grew nervous and frustrated, the unfamiliar white noise did not abate.

And on 62 minutes they got their reward when Lacazette got a serious leap in to head home Jack Wilshere’s centre.

Yet somehow you always assumed the cruel outcome was on its way.

Wenger has not been sent on his way by the Arsenal hierarchy for no good reason.

And when Laurent Koscielny, David Ospina and the tumbling Shkodran Mustafi all failed to deal with Griezmann, well, that was when the Emirates started to feel like its quiet old self again.