THERE are many poignant moments as Tony Adams reflects on 20 years of his Sporting Chance charity.

A man who captained England and skippered Arsenal to ten major trophies is adamant that this nationwide network helping sportspeople deal with mental health and addiction issues is his life’s greatest achievement. 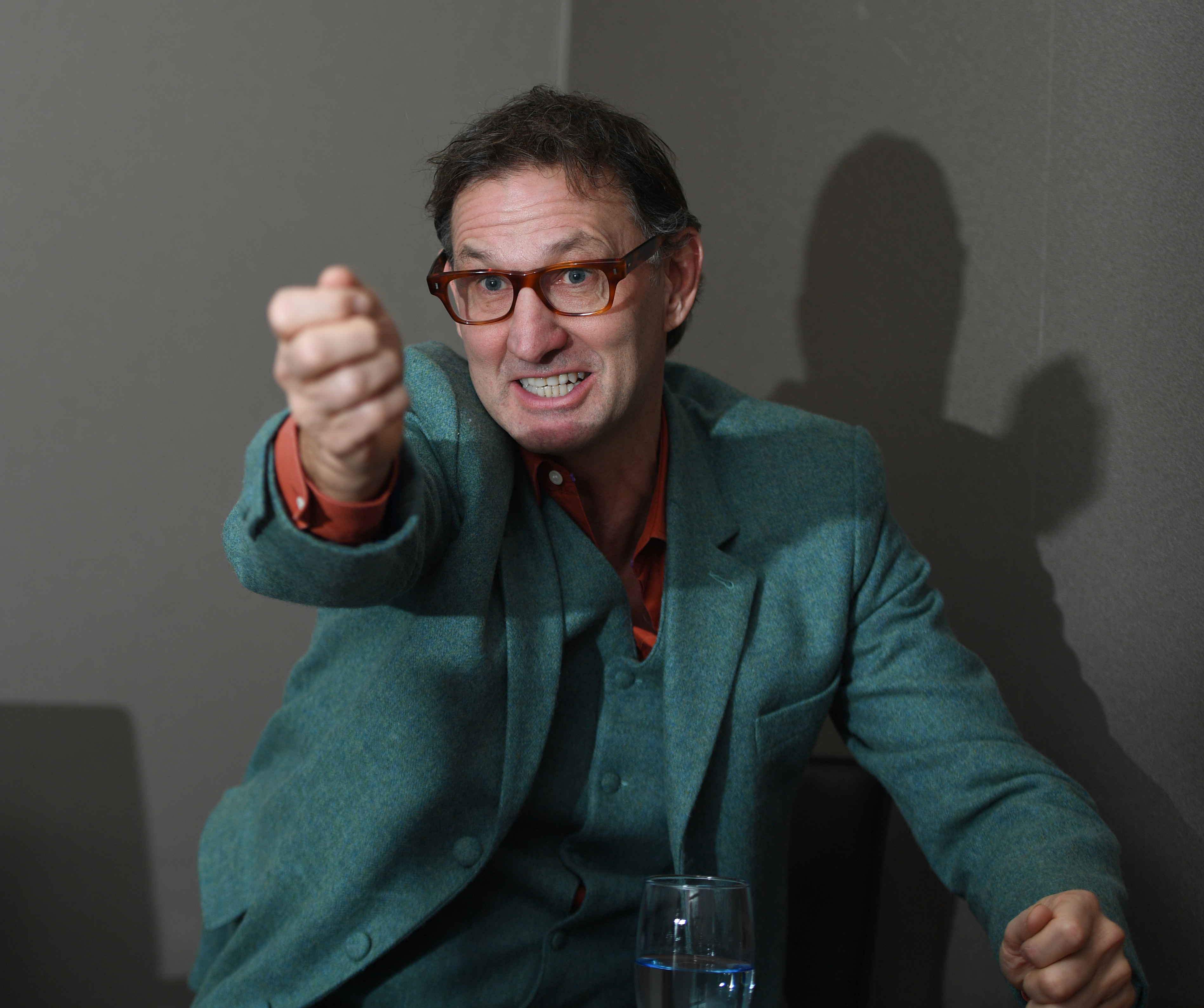 “A lot of people would be dead without me,” says Adams, “and for one ex-drunk that’s f***ing amazing. I’m sorry, that’s just gob-smacking.”

So when Adams, 53, refers to his former boss Arsene Wenger as an ‘addict’ he doesn’t do it lightly.

Wenger arrived at Arsenal just weeks after Adams gave up drinking in 1996 and the ex-defender cites the Frenchman as a major influence in his recovery.

Yet by the end of Wenger’s reign in 2018, Adams believes his old boss was dangerously addicted to work.

“I think he has so much identification with me because he was probably an addict,” said Adams.

“He couldn’t let go at the end, he’s a typical addict.

“He’s completely obsessed with the game, every single minute. It maybe cost him relationships and other stuff and I think it cost him his job by not being able to let go.

“I think the legacy could have been different. I honestly feel he needed to be more open and needed more winners around him.”

Adams claims Wenger never enjoyed the work-life balance which helped his great rival Sir Alex Ferguson — and neither did he frequently shake up his coaching staff like the Manchester United legend.

During a brief spell on the Gunners’ backroom staff, Adams felt ‘disrespected’ by Wenger — but the start of their relationship was very different.

“They say, ‘When the pupil’s ready the teacher appears’. When Arsene arrived, I was six weeks clean and sober,” said Adams.

“So it was great having someone that understood. His parents had a pub. He saw the way alcohol and gambling changed people.

“He’s not an idiot, that guy. It’s one of his strong points, psychology. He is an amazing man, he was the right person for me.

“But confrontation was something he didn’t like. There were times where you had to step in and say, ‘You’ve got to do this Arsene, you can’t run away here’.”

Arsenal are still living with the after-effects of Wenger out­staying his welcome — Unai Emery failed and Mikel Arteta has just one win in six Premier League matches, leaving the club in mid-table. 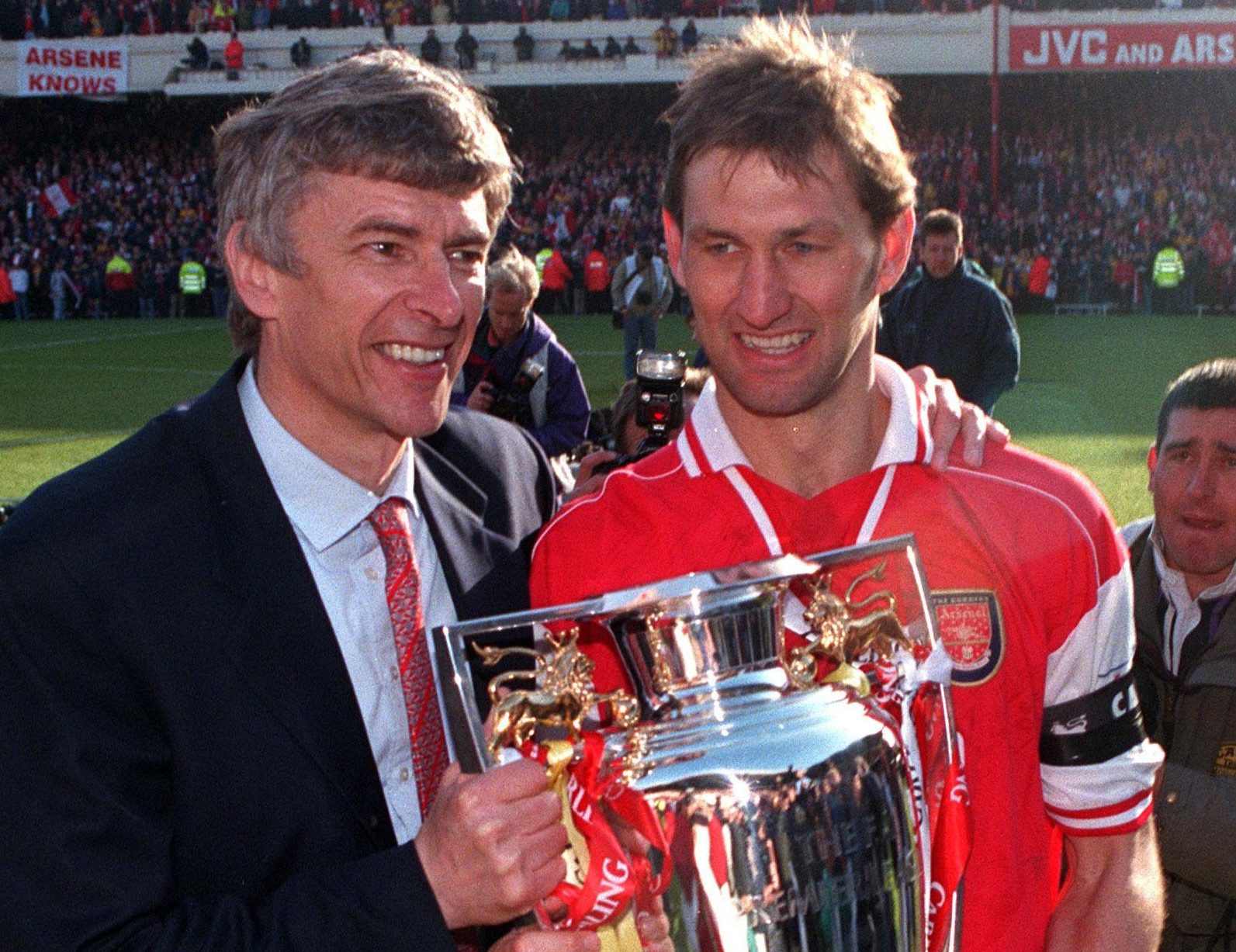 “All us Arsenal fans are like, ‘Oh my God, we concede so many goals’ — going from the extreme that we were so fantastic in that department to what we’ve been seeing.

“The main problem has been recruitment. It’s been very poor.

“And I don’t think running with agents is the way to do it.

“Bringing in players through agents is not how I would build.”

Adams’ footballing philosophy is largely unchanged since he marshalled George Graham’s back four.

Yet he was years ahead of his time in setting up Sporting Chance.

The charity has helped hundreds of sportspeople fight alcoholism, played a major role in aiding victims of football’s sex abuse scandal and is now tackling gambling addiction, which Adams describes as an ‘epidemic’ in the game.

He admits to being uneasy about football’s close links with the bookmaking industry. “As a charity we’re not anti-gambling or anti-drinking,” Adams said.

“But ideally I would get the advertising out of the game because it does influence people. They spend fortunes on ads because it works. It normalises it.

“We are only talking ten per cent of the population here. Most people can take or leave a drink, drug or bet.”

It is harrowing to hear Adams’ recollections of his drinking — how he wouldn’t listen when his father called him a ‘drunk’, how he ‘bullied’ more enlightened team-mates who tried to help and how he sank to rock-bottom.

“Alcohol gave me a good hiding — prison (for drink-driving), intensive care, p***ing myself, s****ing myself, still not giving up. Sleeping with people I did not want to sleep with,” he said.

“At the end of my drinking I didn’t want to live but didn’t know how to kill myself. I was at ‘jumping off point’.

“In February 1996, John Hartson took my knee out and it made me go on a complete bender in March. I didn’t play again until the Euros really. It’s interesting with Harry Kane now, I wonder whether his rehab is down the Dog and Duck!

“But that’s when I found my therapist and gave up for the first time — 21 days I went before I got s***faced again.”

As we meet, Adams is about to host a dinner to mark Sporting Chance’s anniversary — and he admits it will be tearful.

He mentions one guest, a former footballer referred to as Danny B.

“His mum committed suicide when he was 23,” said Adams. “He didn’t bet until he was in his 30s and by 39 he’s wanting to kill himself, he’s lost everything.