St Polten: There might be several players anxious ahead of the June 4 cut-off date for the Socceroos' finalised World Cup squad but Daniel Arzani won't be one of them.

After making his debut for Australia with Friday's 4-0 thrashing of the Czech Republic, the 19-year-old says he has an "inner peace" knowing he's done everything he can to convince coach Bert van Marwijk of taking him to Russia. 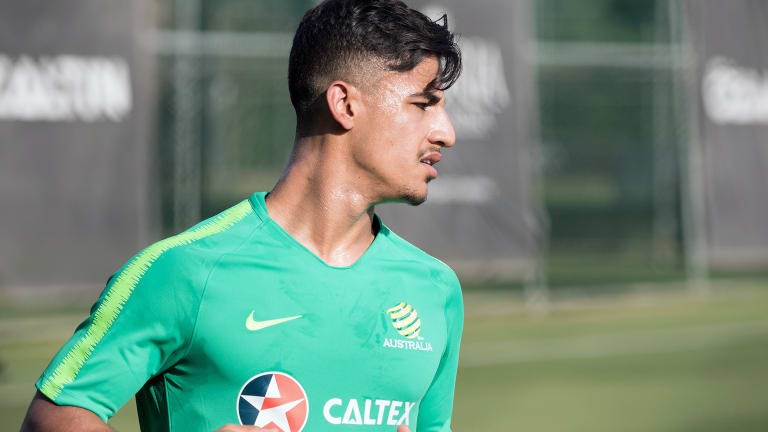 The highly rated 19-year-old took a significant step in his meteoric career, coming on as a late substitute in the hammering in St Polten, Austria.

He will have to wait another two days before knowing whether his cameo impressed van Marwijk enough be among the 23 players that will travel to Russia but won't be fretting over his fate in the meantime.

"I’ve done the hard work, there's nothing else I can do. It’s up to the coaching staff to decide," Arzani said. "It's just having that inner peace in yourself you know you've done what you can it’s just whether enough and that’s not for me to decide."

Arzani described his first appearance for Australia as a lifelong dream, making his debut after much conjecture over his international allegiance.

The Melbourne City winger is eligible to play for Iran due to his ancestry and was reportedly monitored by Team Melli and their coach Carlos Quieroz.

"I'm buzzing you know, its been a lifelong dream for me and I’m really happy and humble to have got the opportunity to represent my country today," Arzani said.

"It’s like a dream come true. I didn’t actually feel too bad out there because there’s a lot of pressure when you play for your national team but I felt OK, I just wanted to enjoy myself and enjoy the moment."