Socceroos sensation Daniel Arzani could be lining up alongside Tom Rogic for the next two seasons as he reportedly nears a loan switch to Celtic. 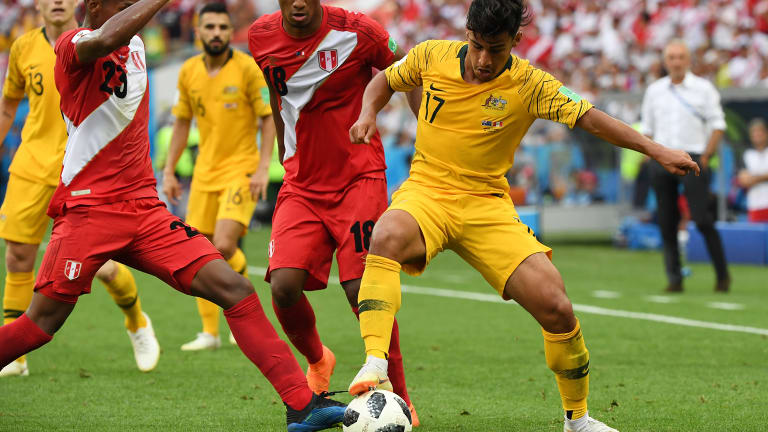 The 19-year-old will then link up with Celtic for at least a two-year loan stint.

Arzani attracted interest from around the globe following his eye-catching cameos off the bench for Australia at the World Cup in Russia.

But Manchester City always had the inside running given he was tied to their A-League outpost and the club's close working relationship with Celtic has seemingly put the Scottish champions at the front of the queue for his services.

Arzani doesn't have an EU passport, making a direct switch to an English club difficult – but the Scottish Football Association's requirements for a work permit are more relaxed, clearing the way for the Iranian-born winger to shift to Celtic.

Coach Brendan Rogers confirmed the club was keen to bring Arzani in.

"All I know is that he is a young Australian, a very talented player and went to the World Cup where he looked very, very good," Rogers told reporters in Glasgow.

"The club are working hard behind the scenes to try and get some signings in.

"I think he's been one that has been identified."

Arzani went straight to Europe after the World Cup to iron out his future with his agent, former Socceroo Vince Grella.

He is currently in Melbourne but was given permission by City to skip their pre- season tour of India, and it appears only a matter of time until his time with the A-League club is officially up.

Arzani's planned pathway is somewhat reminiscent of Aaron Mooy's move from Melbourne to Manchester and then on loan to Huddersfield Town, who later purchased him on a full transfer.