Outdoor activities have become a popular pastime during the coronavirus pandemic as adventure seekers and couch surfers alike take to hiking trails for a bit of a reprieve.

But while hiking might be a safe, socially distanced activity, the challenges of weather, nature and physical strain have led to a rash of injuries and some deaths on the trails.

In September, three hikers died in six days in the White Mountains in New Hampshire. A hiker in Mount Rainier National Park in Washington who encountered a whiteout was revived after his heart stopped for 45 minutes. And a woman who went missing for two days on Mount Whitney in California died from her injuries after being rescued in November.

“Every year there’s at least one local who dies in mountains,” said Megan Jennings of Jackson, Wyo., who lost a friend in an avalanche this spring in the nearby Grand Tetons. “Death is something that happens frequently.” 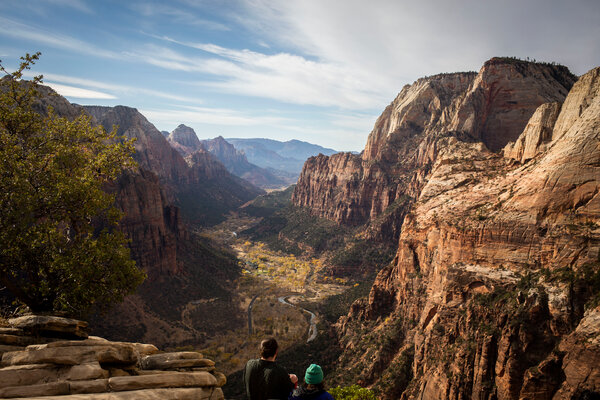 People who hike often are aware of the associated risks. Jennings, 24, grew up in the shadow of the Grand Tetons, where visitors increased 88 percent in October compared with last October, the highest level for the month that the park has had. This summer, Jennings and Julia Olson, 23, set off before dawn on a clear Tuesday morning to run the Teton Crest Trail, the first time they had run the trails.

Within the first few miles, they encountered a bear and a mountain lion, escaping unscathed without needing to call for search and rescue. Jennings, who works in conservation, knew that they were as prepared as they could be. And lucky.

The increase in parkgoers — upward of 90 percent over the previous year in some parks — has added pressure to staff members and the authorities, who are already under financial and staffing constraints because of the pandemic.

“People need to be careful, especially now, as resources for search and rescue can be thin,” said Lisa Herron, a spokeswoman for the United States Forest Service at Lake Tahoe Basin in California.

The agency has not yet compiled data on injuries and deaths for the year, but several park rangers and rescue agency representatives say anecdotally the incidents have increased with the surge in visitors.

The trails, backcountry and camping sites around Lake Tahoe have a variety of weather conditions, including avalanches, snowstorms and, during wildfire season, smoke and poor air quality.

Despite wildfires across most of the West Coast that kept the Tahoe Rim Trail inaccessible at the end of summer, the trail has had more campers, hikers and bike and horse riders than in previous years. Morgan Steel, the executive director of the Tahoe Rim Trail Association, said visitation was not slowing down as fast as usual.

“We usually see a significant change from fall to winter around here; with several feet of snow, you have more experienced people on the trails out there,” she said. “Though we’ve had a pretty significant drop in use, there’s been a big trend in use upward over all.”

El Dorado County, one of the five counties surrounding Lake Tahoe, has backcountry and wilderness — including Desolation Wilderness, which is accessible only on foot or horseback — and has had an increase in calls this year for aid related to illness, injury and being lost, according to the sheriff’s office.

Sgt. Eric Palmberg of the El Dorado County Sheriff’s Office said many of the calls involved people “way out of their experience level and possibly taking more risks due to the pandemic and being cooped up at home.”

At Zion National Park, there has been a 5 percent increase in visitors since it reopened in May compared to last year and a 30 percent rise in October compared to October 2019. Extreme heat has made rock climbing difficult, but bike rentals have boomed. More bikers and hikers have been calling for help with minor injuries and ailments — ankle sprains, heat exhaustion and cuts and scrapes from crashes — than in previous years.

As it gets colder and coronavirus case counts have surged to record highs across the country, many states have instituted curfews, mask mandates and stricter social distancing protocols.

Though a necessity, rescuers wearing masks move slower, said David Walsh, the assistant chief of law enforcement for the New Hampshire Fish and Game Department. It has been difficult for responders to carry injured hikers down steep slopes, sometimes for over eight miles, in a mask.

“The increased strain can sometimes delay a six-hour rescue mission; sometimes it gets to be eight hours,” he said.

At mountainous parks, changes in temperature and conditions, depending on elevation — a 60-degree swing, in some cases — often catch new visitors off guard.

Jonathan Milne, a former ranger who works in conservation in New Hampshire and Maine, said, “When you go up in altitude, it sets off a cascade of issues.”

But nature lovers will continue coming despite the cold.

“In the winter, people are still coming for hiking and photos, as well as more enthused hikers looking for a challenge,” said Susan McPartland, who oversees visitation at Zion National Park. “It’s really hard to tell if we’ll see increased visitation this winter, but we’re still a little busier than usual this November. Someone needs to find the crystal ball.”