Bronwen Knox struggles to comprehend how naive her approach to the anti-doping system once was.

She lived in fear of getting caught for inadvertently taking something. So she took nothing – not for a cold, not for a headache, nothing. 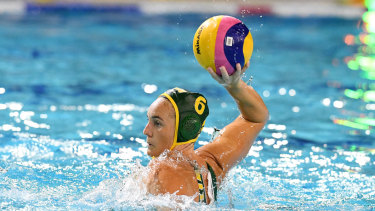 Bronwen Knox of the Australian Stingers is working with ASADA.Credit:Dan Peled

The Australian water polo captain is among 17 athletes employed by the Australian Sports Anti-Doping Authority to spread anti-doping messages around the country.

ASADA chief executive David Sharpe believes athletes are more likely to relate to those that have been in their shoes, those that have "seen the good and the bad" of anti-doping.

Knox says athletes can add "a different level" to the anti-doping discussion because they can speak from experience – and hers were initially spent in fear during a stint as a swimmer.

"I remember thinking ‘don’t take anything, don’t run the risk’. Any cold, any headache, it was just ‘don’t do anything, just rest, it’ll go away’," Knox said.

"I’ve been tested more times than I can count. I started when I was about 16 or 17 and I’m now 32. It’s something I’m really passionate about, having that integrity in sport.

"By having athletes spread that message, it’s really going to reaffirm what is being sent down. It’s not an overlord trying to control and dictate, it’s us together trying to keep sport clean and fair." 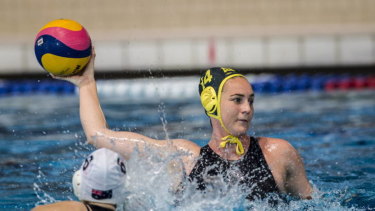 After completing a three-day training stint at the ASADA office the crop of sports stars have been tasked with educating athletes around the country through vastly-improved training programs.

Showing athletes ASADA is not an agency to fear is crucial for Sharpe, so gone are the days of an official dictating what can and can't be done in front of a black and white powerpoint.

"Traditionally a lot of education presentations around sporting bodies on many themes, not just anti-doping, are tick the box moments. We really want to get beyond that and be able to reach the athletes," Sharpe said.

The implementation of athlete presenters is the authority's latest step in a bid to connect with athletes having already launched virtual reality drug testing experiences and an app crammed with information about substances.

McGown says there has historically been a grey area for athletes when it comes to what they can and can't take but ASADA is breaking down barriers in a bid to improve the health and safety of competitors.

"The thing that stood out to me the most is how much every single person in this office actually cares about sport and cares about the athlete as well," McGown said.

"They are really working away to move away from the perception of ASADA being a scary organisation and they want people to know we exist for the athlete, care about the athlete.

"We don’t want to take people out of sport, we want people to play sport and be involved in sport. Sport is one of the best things we’re fortunate to have."