England’s remarkable summer started with some genius from Stokes, a stunning one-handed catch on the boundary in their Cricket World Cup opener against South Africa that prompted those exact words from Sky Sports’ Nasser Hussain.

After then playing a major hand in some Super-Over madness that saw England lift said World Cup, Stokes was again at the heart of a truly incredibly win at Headingley, one to rival not only that late Lord’s drama in mid-July but anything in cricket that has come before.

“I’m not sure I’ve seen anything better than that on a Test ground,” was precisely Australian great Ricky Ponting’s reaction. “Some of that hitting today was just brilliant, but also the decision-making under the most extreme pressure.”

Sir Ian Botham had 1981, Andrew Flintoff 2005; there can be no doubt that 2019 belongs to Stokes, no matter the eventual outcome of an Ashes series now tied at 1-1 with two Tests to play – a series saved from what seemed certain extinction when last man Jack Leach joined Stokes at the crease with 73 runs still required. 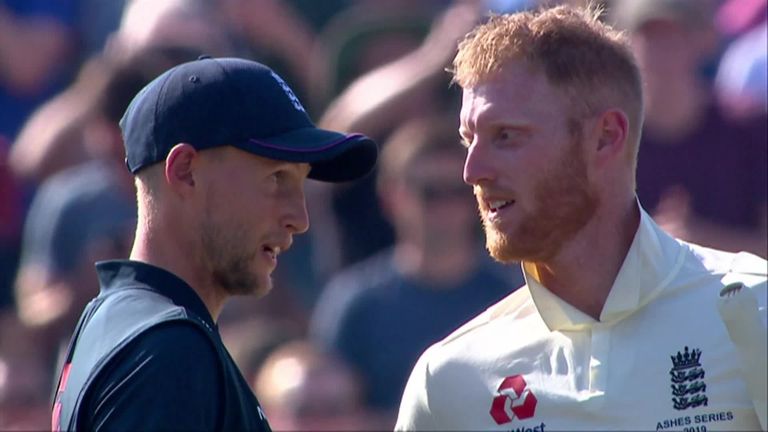 England had gone into the fourth day bullish about their prospects of pulling off an unlikely victory, despite being three wickets down and still needing a further 203 runs to win.

“I rate our chances very highly,” said Joe Denly, who had contributed a battling 50 on the third evening. “There is a lot of belief in that changing room and excitement going into tomorrow.”

Stokes certainly had belief but, at that stage, with only two runs to his name from 50 balls, he gave no clue to the ridiculous ball-striking that was to come by mid-afternoon in Leeds. 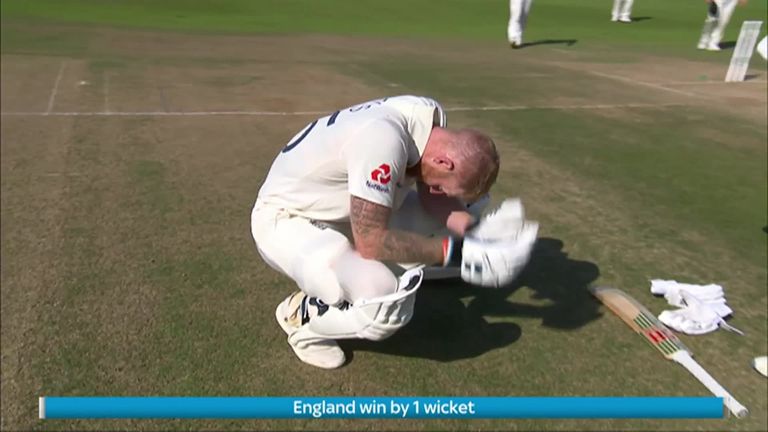 Instead, heading into the fourth morning, it was captain Joe Root who appeared key to England’s chances, Sky Sports’ Michael Atherton describing it as ‘Root’s most important innings’.

So, when Root departed after only adding two to his overnight score of 75 and Stokes had accumulated 16 further dot balls before finally ticking off his first run of the day, you’d be forgiven for thinking the Ashes were already halfway to Australia. 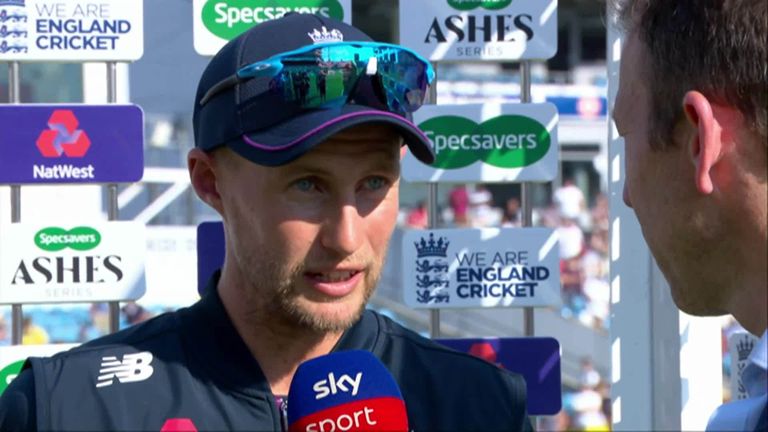 Not so. Every single run emphatically cheered by a raucous home crowd, England began to tick them off; Stokes, supported nicely by Jonny Bairstow, reduced the equation to 121 by lunch.

But a chaotic hour later and Bairstow, Jos Buttler and Chris Woakes had all been and gone. Jofra Archer smited Nathan Lyon for a couple of boundaries to briefly raise hopes once more before getting carried away and holing out looking for another.

Stokes was running out of support, but finally found a willing partner in Leach, whose own 17-ball contribution must not be underestimated. 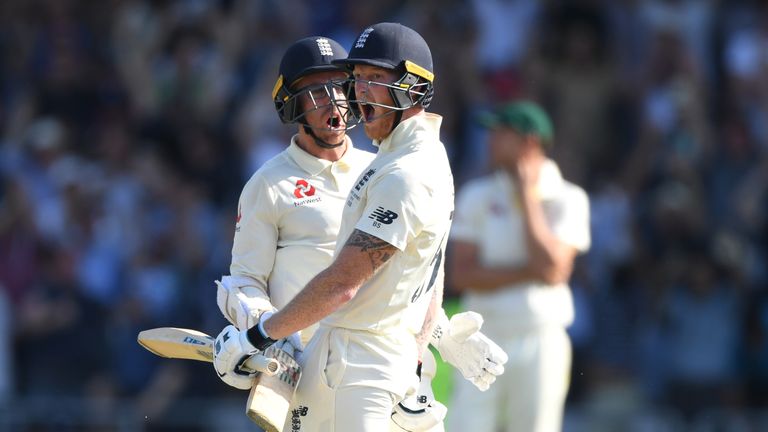 While Leach – who scored 92 as a night-watchman against Ireland only a month ago – can, and did, stick around, Stokes knew a change of approach was needed. Unbeaten on 61 from 174 balls at the time, he proceeded to smash 74 from his next 45 deliveries, including seven staggering sixes, to get England over the line. Not that that even begins to tell the whole story.

There was the extraordinary reverse-slog-sweep off Lyon for six, the ramp off Pat Cummins that also cleared the rope, the 16 runs in three balls off Josh Hazlewood as he brought up his hundred. Paired with such clean ball-striking was absolute clarity of thought in the most pressure-fuelled scenario.

That’s not to say there weren’t moments of doubt. Stokes, himself, couldn’t bear to watch a couple of Cummins deliveries to Leach, nor the DRS decision when the tailender was wrapped on the pads with one of them – the ball crucially pitching outside leg. 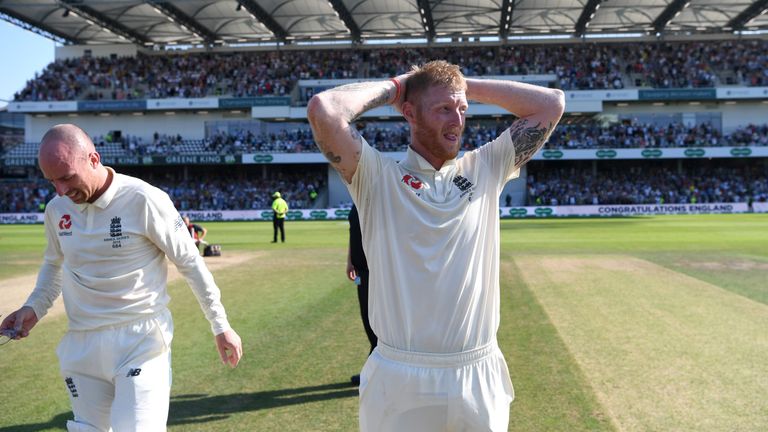 There was Marcus Harris’ drop of Stokes at third man – shades of Simon Jones at Edgbaston in ’05 – when England were 17 short of victory. Then, with one run needed to tie, Lyon muffed a run-out chance – Leach stranded looking for that single – and Stokes could and should have been given out lbw next ball by Joel Wilson, Australia left to rue wasting their remaining review on the Leach shout.

Stokes was not to be denied, letting out a huge roar when rewarded with the match-winning moment his innings so richly deserved. 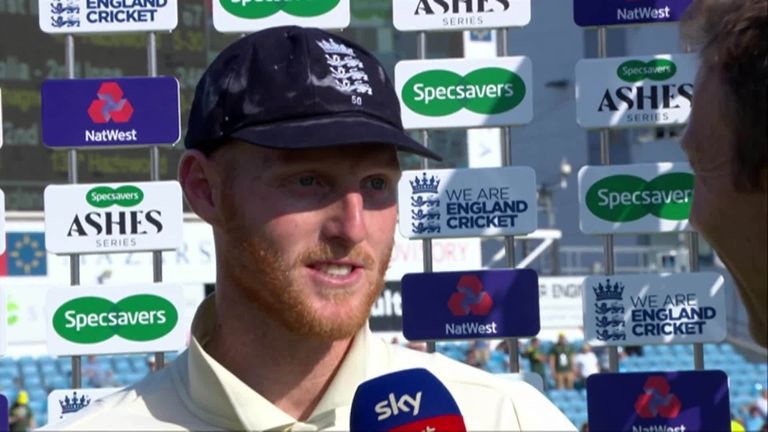 “Incredible,” said Stuart Broad, moments after England clinched the craziest of victories. “The bloke has got the heart of a lion.

And lest we forget, it was Stokes’ lion-hearted effort with the ball on day two – bowling a 15-over spell unchanged, with Jofra Archer off the field with cramp – that initially dragged England back into the contest. 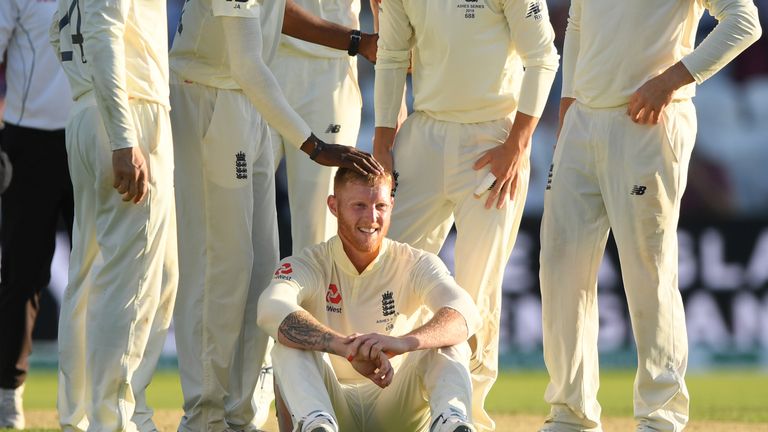 Stokes’ heroics have not only kept the series alive but potentially swung the balance back in England’s favour.

Such a thriller as the one that unfolded at Headingly hasn’t been seen, certainly on these shores, since 2005 and Edgbaston. England famously would triumph 2-1 in that series, carrying the momentum of that two-run win with them.

“Not all Test wins are equal,” said Atherton. “The Edgbaston game in 2005 switched the narrative of that series, with England riding a tidal wave to Old Trafford, Trent Bridge and The Oval. 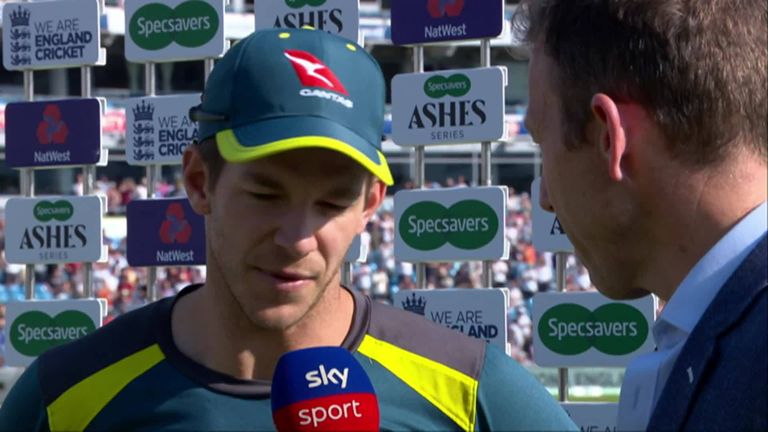 “I just feel it is going to be mentally very difficult for Australia to recover from this. A game they had nailed, that they should’ve won and had opportunities to win. Psychologically, that’s hard to come back from.”