BILBAO, Spain — Europe’s midseason soccer transfer window is open this month. For teams battling relegation, and potential financial ruin, it brings a last, vital chance to strengthen a leaky defense or fortify a goal-shy forward line ahead of the second half of the season.

Among those teams is Athletic Bilbao, which is in 17th place in La Liga, the 20-team Spanish league, and already on its second manager this season.

Financially, Athletic, a century-old power on Spain’s northern coast, has little in common with the clubs that find themselves in a similarly grim position. The team is flush with cash, with about 200 million euros, or about $228 million, in reserves, and has access to another 90 million euros that — if deployed to lure talent from soccer’s global marketplace — would probably go a long way toward firing it up the league standings and out of danger. But unlike almost every other team in the market, Bilbao cannot spend those millions on just anyone.

Athletic is a throwback. Tradition dictates that it can only field players who were born in the Basque Country — territory that includes seven provinces that stretch from northern Spain into France — or who moved to the region in their youth and learned to play soccer here.

That purity has been a point of pride for the 121-year-old club. Athletic Bilbao has long celebrated that it has never been relegated from Spain’s top league, a feat it shares with only Barcelona and Real Madrid. But it is only one slot away from relegation position in La Liga, and its purity presents obvious difficulties when it comes to recruitment. Lately it has placed the team in a financial vise, transforming it into something of a unicorn in a sport in which nearly every other club is desperate for cash. Bilbao, with its flush coffers and narrowed options, has become soccer’s poor little loaded club.

“We don’t really need the money,” Josu Urrutia, a stocky, 50-year-old former Bilbao midfielder, said in an interview last month, shortly before he ended a seven-year run as Athletic’s president.

His replacement, Aitor Elizegi, though critical of some of Urrutia’s decisions, was quick to confirm that the team’s commitment to Basque-only players would not be changed.

Athletic can in some ways blame its recent success for its current fate. In the last eight years, the team has played six seasons in the second-tier Europa League (reaching the final once) and one in the Champions League. In 2012 and again in 2015, it reached the final of the Spanish cup.

The success of those largely homegrown squads quickly drew interest from bigger clubs, in Spain and abroad, and led to tough decisions for a conveyor belt of young, talented players. When the club’s management had any say, the answer to any inquiries to negotiate a multimillion-euro sale was a simple one: no. 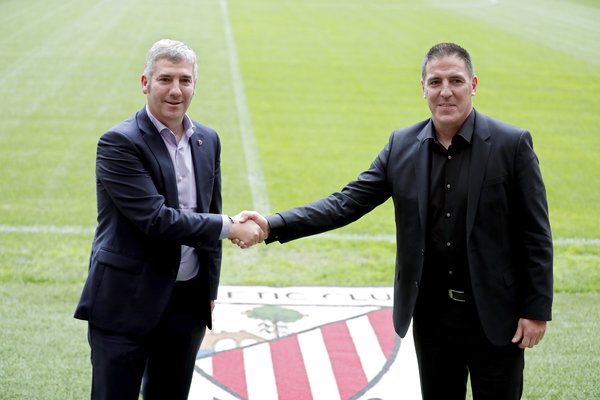 Athletic, at least under Urrutia, never negotiated, whatever the price. Players would leave only if their buyout clause — a fee that would trigger a sale — was met, and Athletic’s management hoped it never would be.

Urrutia, sitting in an austere drawing room full of lacquered furniture on the ground floor of a mansion built in 1900 and bestowed to the club by one of the city’s historic trading families, described how the club lost defensive midfielder Javi Martínez to the German giant Bayern Munich a year into his presidency in 2011. This all happened after he tried to ignore Jupp Heynckes, then Bayern’s manager, who had coached Urrutia, a tough tackling midfielder during two spells at Athletic, and Bayern’s top two officials, Karl Heinz Rummenigge and Uli Hoeness.

“Jupp says, ‘We consider Javi is a player for the future, and 40 seems a lot; we are ready to pay 22 or 23,” Urrutia recalled. “We said: Perfect. So we don’t have to worry ourselves about it.”

In the end, Bayern paid the full 40 million euro buyout fee for Martínez, a sum that broke Germany’s transfer record.

Since then, the team has lost other players in a similar fashion. Ander Herrera, another defensive midfielder, joined Manchester United in 2014. Defender Aymeric Laporte became Manchester City’s costliest acquisition when he joined for 65 million euros. Most recently, Chelsea made Kepa Arrizabalaga the most expensive goalkeeper in the world after paying his full 80 million euro release clause.

All those deals, regardless of the fee, frustrated Urrutia. He wished all of Athletic’s players shared his values. Urrutia came through the club’s youth system and never wore another jersey in a two-decade career. The club, he said, tries to instill loyalty from the moment players enter the system.

Athletic officials like to play the guilt card and remind players that the Basque-only policy was probably the reason they were able to have a professional career in the first place — that the club could have picked other, better athletes if it had the option of shopping on the global market.

“It’s as though you’ve left the family business started by your granddad,” Urrutia said.

Urrutia and others explain that if players who came before the current ones had decided to leave, the club might have been forced to change its mission. If that had happened, Basque players might not have gotten their chance. The players should live these values, they said.

Money plays a role as well. Athletic now pays some of the highest salaries in Spain, far more than teams of an equivalent standard, Urrutia said. He said the average annual salary of a first-team player was four million euros.

When faced with replacing a departing player, the club always gives first preference to products formed at its Lezama academy, a world-class facility six miles outside Bilbao, the largest city in the Basque region. In each of the last five seasons, at least two academy players have graduated to the first-team roster.

“We give them opportunities to play for the first team even when they’re too young because we need them,” Urrutia said.

Some players, so committed to the club’s philosophy, like midfielder Iker Muniain, 26, who has had offers to leave, have shunned the opportunity to play elsewhere. Just before Christmas, Muniain, an attacker who has been with the club for more than a decade and scored Monday, signed a new contract and asked that it have no buyout clause. “I’m pleased to do it,” he said. “We’ve had cases in which colleagues have left and people have felt sad and touched. This is a way for me to demonstrate my loyalty to the club.”

Occasionally, the team does have to turn to the transfer market. The options are limited to players born in the Basque region or those who trained here during their formative years. That allows sellers to take advantage of Athletic’s limitations.

This season, the team agreed to pay Paris St.-Germain a fee that could eventually reach 24 million euros for defender Yuri Berchiche, a defender who joined the French team from Real Sociedad for about eight million euros less just a year earlier.

“They know, and they try to squeeze us because they know that there are not so many possibilities for us,” Urrutia said. “We don’t have so many options in the transfer market.”

Athletic can afford this because only four teams last season received more money from Spanish television rights, which, for now, is determined by how often a team’s matches are shown. But a new distribution model aimed at reducing inequalities between teams is narrowing that gap. In the past, the biggest teams could get as much as 12 times more than others. That ratio is down to about 3.5.

Though the change is generally considered to be a positive one, it disproportionately affects Athletic because far smaller teams can now trawl the world for talent they could not afford before, boosting their squads, while Athletic remains committed to its local-only policy and other quirks that make it unique.

Its headquarters bear little resemblance to those of most teams. No brash logos, no video screens showing loops of historic success, no shop hawking memorabilia. Like the club, it is a throwback.

There are small if understated markers, like the modernist painting hanging on a wall inside a ground floor reception room. It depicts a great flood that has overwhelmed an entire city. The only visible structure is an arch resembling one from Athletic’s former stadium that was delicately moved to its training ground. It is a symbol, club officials say, that the team’s past will always be a part of its present and future, whether it risks relegation or fights for titles.

“We know the challenge: It’s a solitary challenge,” Urrutia said. “This is a voyage full of difficulties. There could be a tsunami, but at the end, we really believe in the strength of our boat and want to keep going.”