A SPORT dying before our eyes in the desert, with too many influential figures burying their heads in the sand.

A huge potential global audience switching off, unable to believe anything they see, because the athletics establishment has been too eager to look the other way on doping. 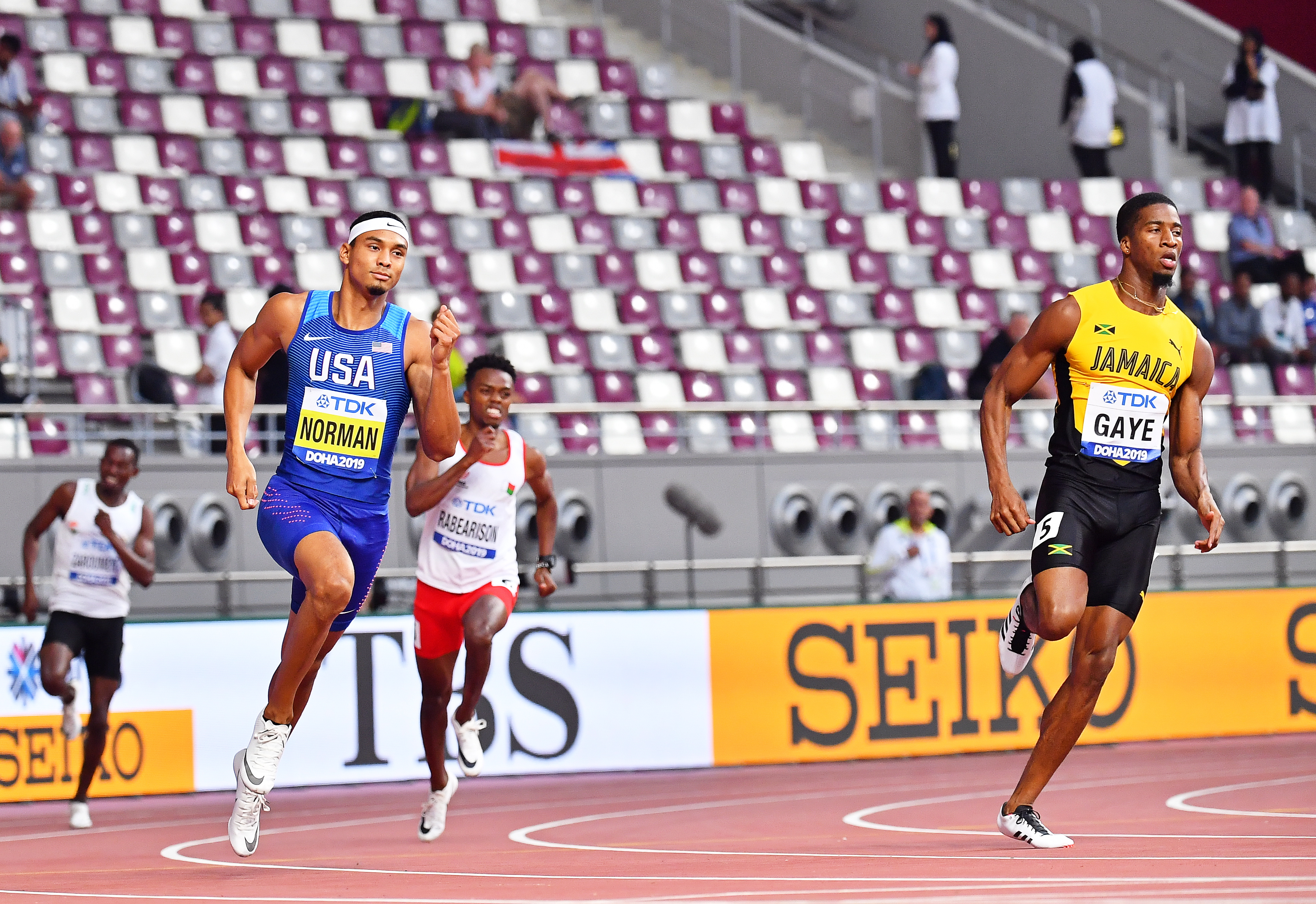 This was already a disastrous time for athletics, with the sport’s flagship World Championships held in front of a largely empty stadium in Qatar, and a serial drug-test dodger, Christian Coleman, claiming tainted gold in the blue-riband 100m.

Now, far worse than any of that, the bombshell news that Alberto Salazar – the coach who transformed Sir Mo Farah from an also-ran into the world’s dominant distance runner – has been found guilty of doping offences and banned for four years.

That Salazar’s Nike Oregon Project had so much success for so long is largely down to the fact that too many in the sport were willing to suspend disbelief at his results; that too many useful idiots acted as unquestioning cheerleaders.

His downfall is thanks to the bravery of whistleblowers such as Salazar’s former assistant Steve Magness and marathon runner Kara Goucher, as well as the power of investigative journalism from the BBC and the tenacity of crusading US Anti-Doping Agency chief Travis Tygart.

UK Athletics performance director Neil Black hailed Salazar as a ‘genius’ and a UKA review in 2015 stated there were no concerns about Farah continuing to work under him at the Nike Oregon Project.

Nothing to see here.

Lord Seb Coe – president of the sport’s worldwide governing body, the IAAF – has been a close friend of Salazar for almost 40 years.

The British middle-distance legend quit a long-held ambassadorial role with Nike in 2015, claiming it had become a distraction rather than a conflict.

Before he became IAAF president, he is alleged to have lobbied for Eugene, Oregon, to host the next World Championships in 2021 – a smalltown venue close to Nike’s headquarters which received the green light to do so without a bidding process.

Thanks to Salazar’s conviction, that Eugene event now promises to make Qatar look like a success story.

But Farah, like many in athletics, was seemingly too willing to accept Salazar’s methods without question for too long. His reputation is in danger of being tarnished by his association with the disgraced coach.

Farah split with Salazar in 2017, two years after doping allegations emerged against the Cuban-born coach.

During six years at Salazar’s Oregon base, Farah won his four Olympic golds in London and Rio, as well all six world titles.

The Brit is not implicated in the case against Salazar, who has been found to have administered and trafficked testosterone and tampered with doping control process – charges he has denied and is expected to appeal against.

There is no suggestion of wrongdoing by Farah himself and, in a statement yesterday, he expressed relief that the investigation into Salazar has been concluded, insisting he has ‘no tolerance for anyone who breaks the rules’.

But Farah, like many in athletics, was seemingly too willing to accept Salazar’s methods without question for too long.

His reputation is in danger of being tarnished by his association with the disgraced coach.

Many will look back on the greatest nights of the 2012 Olympics – when Farah brought the house down at Stratford with 5,000m and 10,000m golds – and wonder how he managed it.

While Salazar was chucked out of these wretched World Championships yesterday, he continues to cast a shadow over events – two of his runners competed in the 800m final last night.

And today‘s favourite Sifan Hassan, coached by Salazar, begins her 1,500m campaign where one of her chief rivals is Britain’s Laura Muir.

Too often in this sport, clean athletes have seen their life’s work ruined after being defeated by drug cheats.

Too many retrospective medals handed out years later, rather than on the podium, after drug testing caught up with the guilty. Too many more, doubtless, never receiving even that kind of justice.

And all of those competing against Salazar’s athletes will have their doubts. 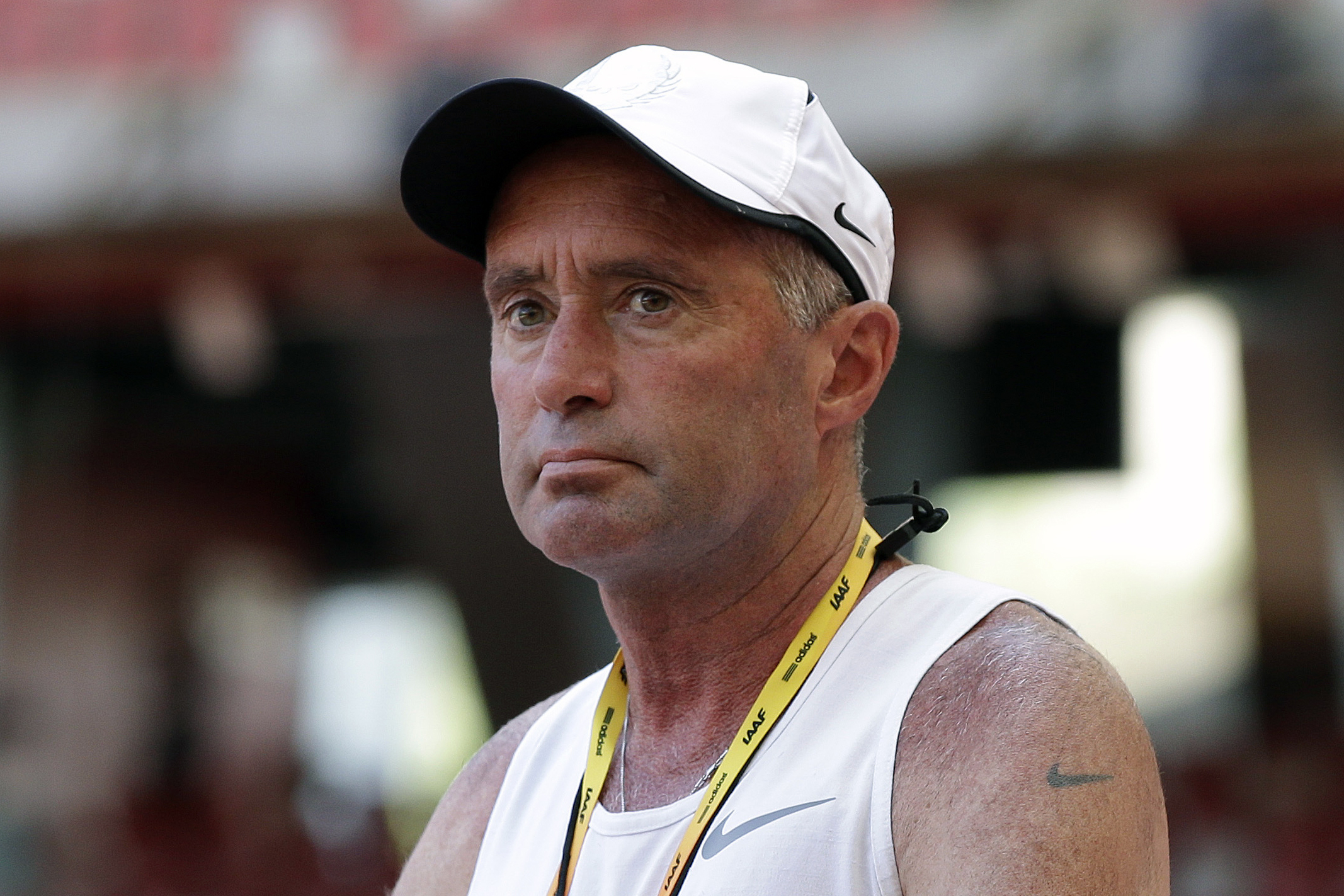 It does not help matters when too many high-profile figures have been too trusting of drug cheats.

And by the time of the 2023 World Championships in Budapest, Salazar will probably be welcomed back from his ban as if nothing had ever happened.

If anyone is even bothering to watch by then.