Arsenal and 10-man Atletico Madrid played out a 1-1 draw in their Europa League semi-final first leg while Marseille beat Salzburg 2-0.

Defender Sime Vrsaljko and Atletico coach Diego Simeone were sent off in the opening stages in London and Alexandre Lacazette's 61st-minute header gave Arsenal the lead. 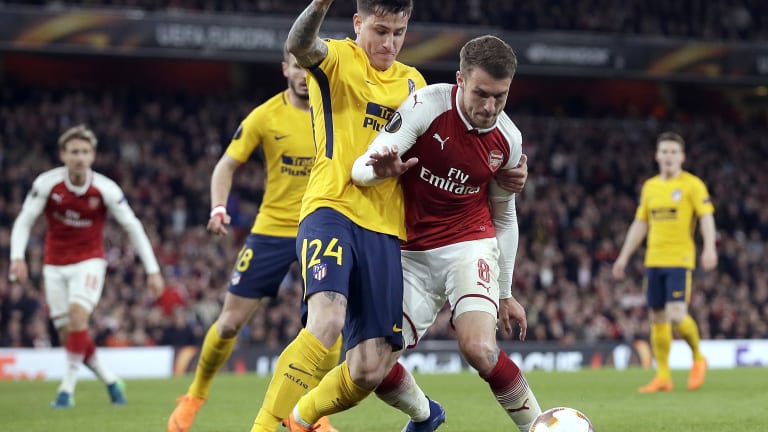 However, Antoine Griezmann burst through on goal with eight minutes to net a crucial away goal.

In Marseille, Florian Thauvin headed home at the back post in the 15th minute to open the scoring for the hosts.

Clinton Njie netted the second for Marseille on 63 minutes to give the French side a two-goal advantage.

The second legs take place on May 3. 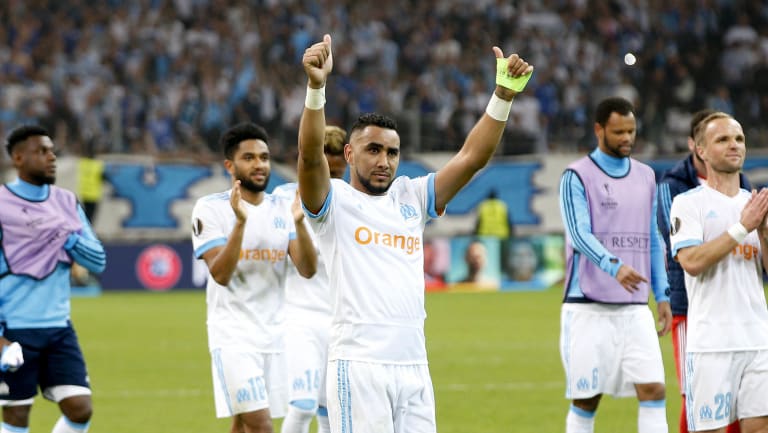 Arsenal found the breakthrough early in the second half with Lacazette nodding home a Wilshere cross to put the hosts ahead.

The Gunners continued to push for a second goal but a tiring Atletico could not believe their luck when a long ball allowed Griezmann in on goal.

Laurent Koscielny bungled his attempted clearance and after David Ospina denied Griezmann on the first attempt, the French striker followed up to ram the rebound beyond the stumbling Shkodran Mustafi on the goalline.

Aaron Ramsey forced a fine save from Oblak with a late header but Arsenal could not grab another, leaving departing coach Arsene Wenger with a feeling of frustration.

The away goal means a 0-0 draw would be sufficient for Atletico at the Wanda Metropolitano in the second leg, where they have 11 clean sheets in their past 11 games and have not conceded all season in this competition.

At the Velodrome in the south of France, Marseille started confidently and soon got the goal their ambition deserved, with Thauvin on target thanks to Dimitri Payet's inviting free-kick.

Instead Marseille grabbed their second goal after Payet again created an opening, teeing up substitute Njie to tuck the ball home.

Fredrik Gulbrandsen struck the post after reaching Andreas Ulmer's cross but the Austrian side could not find an away goal, leaving Marseille with one foot in the Lyon final.