FANS have leapt to their hero's defence in the surprise row between Pierre-Emerick Aubameyang and Toni Kroos.

The Real Madrid star called out various top players, including Aubameyang, for their 'nonsense' celebrations. 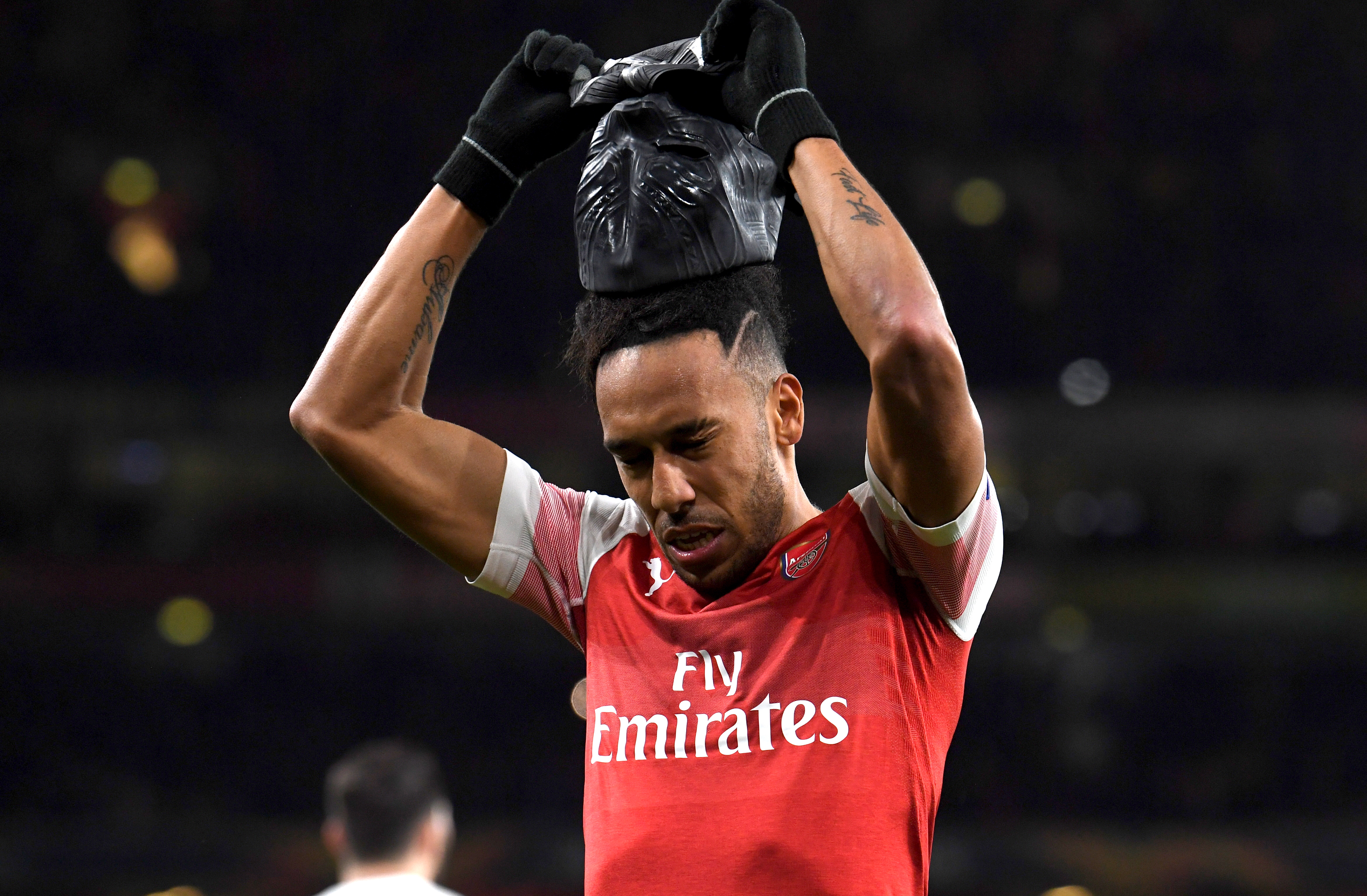 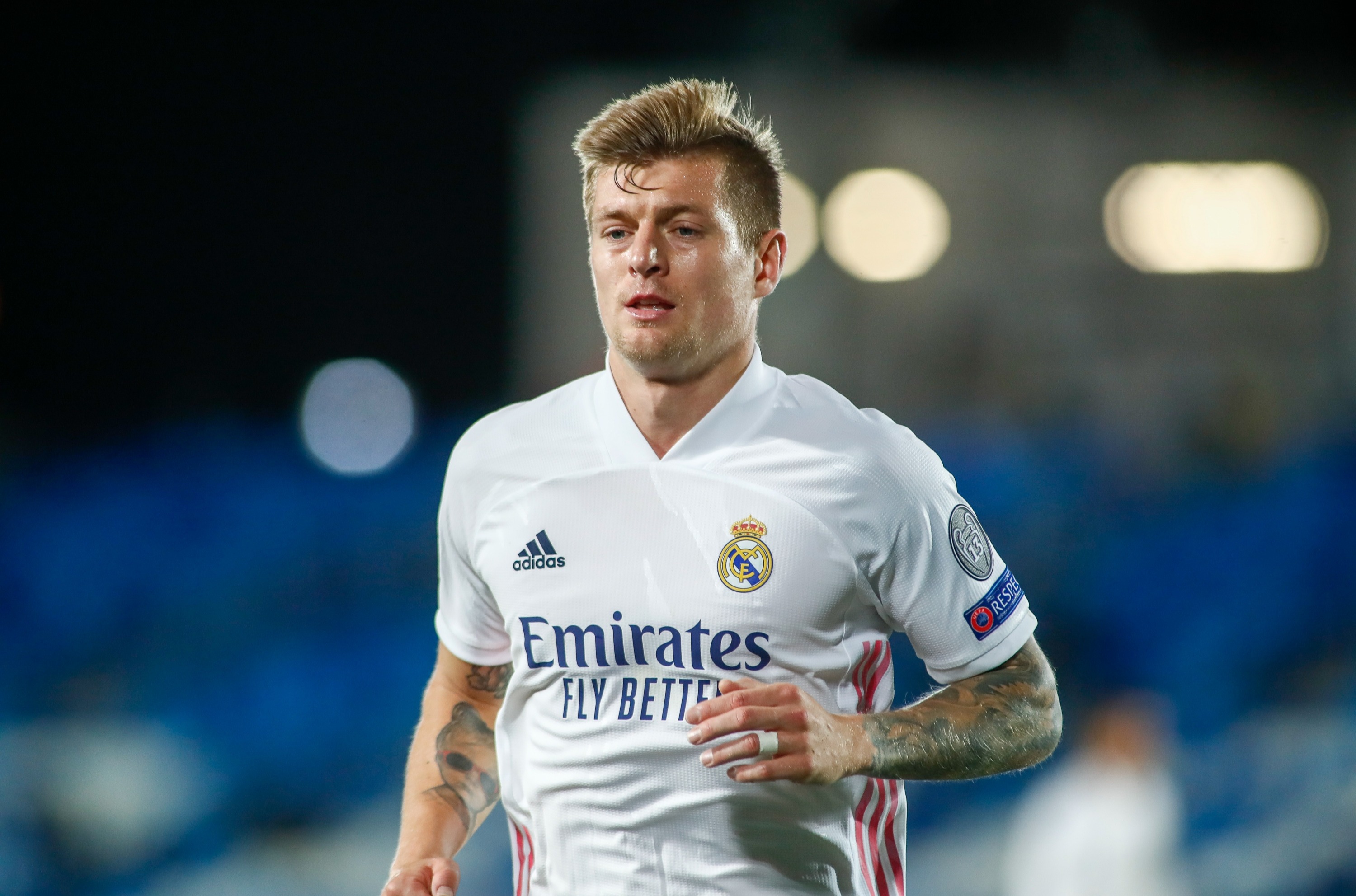 The striker's occasional use of a superhero mask, be it Spiderman, Batman or Black Panther, appears to irk Kroos.

He had told Einfach mal Luppen: "I find it very silly. Even worse is if there are any objects hidden in their socks.

"Aubameyang once celebrated and took out a mask. That's where it ends with me.

"I don't think that's a good role model, either. What nonsense.

"What I always found sweet was Gerd Muller. He just jumped up, pulled up his pants. That was real joy, nothing big."

Having seen the German's remarks, Arsenal captain Aubameyang shot back with a furious riposte.

The 31-year-old tweeted: "By the way does this Toni Kroos have kids?

"Just to remember i did it for my son few times and I will do it again. I wish you have kids one day and make them happy."

Kroos, 30, does indeed have two kids, as does Aubameyang, and is yet to reply to the forward's jibe.

Instead, both players' fans have taken to the comments section to make the case for their star man.

One Twitter user wrote: Mask on or mask off, you're still not playing UCL football with Arsenal."

A Real Madrid fan added: "More UCL trophies than all your clubs combined."

While another said: "Kroos isn't too wrong tbf, I would be a bit worried too if I were 31 years old and putting a mask on to celebrate an equalising penalty against NORWICH." 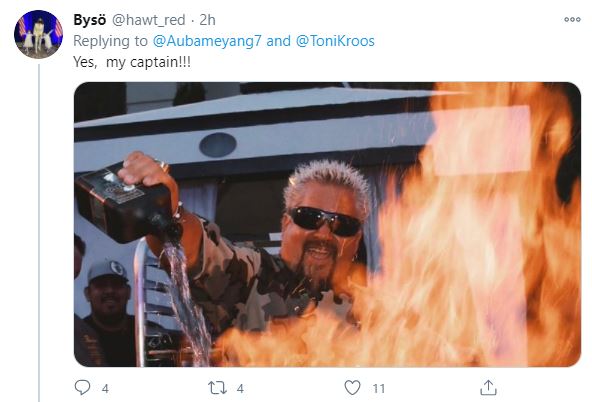 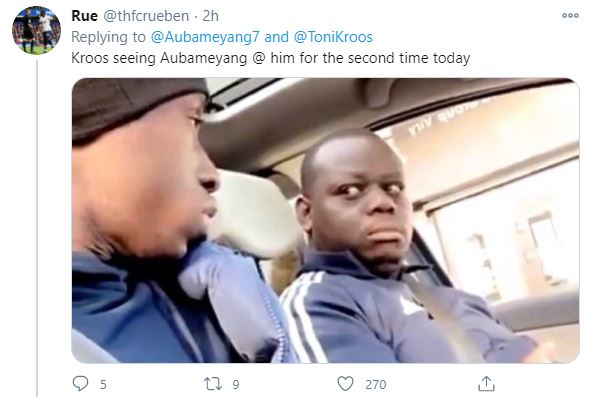 And Junaid explained: "Toni Kroos has his own foundation for less fortunate children. He's not mocking you nor the reason you did it, he simply gave his opinion."

Another Auba fan tweeted: "Auba going to knock Real Madrid out of the UCL next season and celebrate with a mask. INJECT IT IN MY VEINS."

While one Twitter user posted: "Auba is 100% spot on. Why does Kroos care so much? Auba does this for his kids and fans around the world. Being petty about it like Kroos is very weird for a grown man."