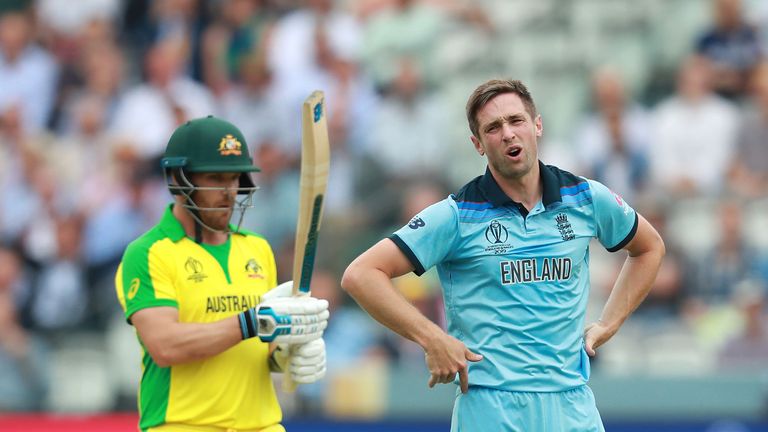 You can’t win a game in the first hour but you can lose it.

It’s an old cricketing adage and one England may have on their minds after slipping to their third defeat of the World Cup and seeing their hopes of reaching the semi-finals take a further dent.

England were guilty of bowling too short in seam-friendly conditions as Aaron Finch (100) and David Warner (53) made headway in an opening stand of 123, their third ton-plus partnership of the tournament.

Full balls in the first 4 overs:

Full balls in the fist 10 overs:

Australia were 44-0 after their first 10 overs as they dealt with the short stuff, England were reduced to 39-3 after their initial 10 as they floundered against the pitched-up deliveries.

CricViz noted around five overs into the reply that 46 per cent of Australia’s deliveries had been full compared to 27 per cent of England’s. Australia finding twice as much swing as a result – a stark difference.

Australia’s use of the short or back-of-a-length ball was far more shrewd.

Starc forced Eoin Morgan to top-edge a bumper down Pat Cummins’ throat at fine leg, before Behrendorff, into the side in place of Nathan Coulter-Nile, undid Jonny Bairstow with extra bounce and saw the batsman pull to Cummins on the deep midwicket fence.

Behrendorff shared the new ball with fellow left-armer Starc, giving Finch the luxury of saving Cummins until the eighth over, while Nathan Lyon was far more economical than the spinner he replaced, Adam Zampa. Suddenly Australia look to have the bowling attack nailed. 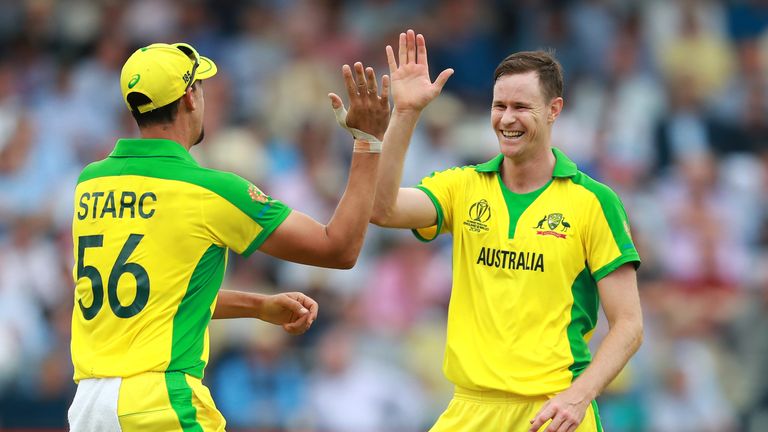 The opening duo is long settled – and functioning superbly.

Finch and Warner, who sit No 1 and No 2 in the run-scoring charts, have posted three fifty stands in addition to their trio of hundred partnerships in seven matches, with their only failure when they put on just 15 under a pace barrage from West Indies.

Their latest three-figure return was not without alarm – Finch edged over slip second ball, was then dropped on 15 by Vince as he skewed a drive to backward point and survived a tight lbw review on 18. Signs that perhaps England should have stuck with the full stuff. 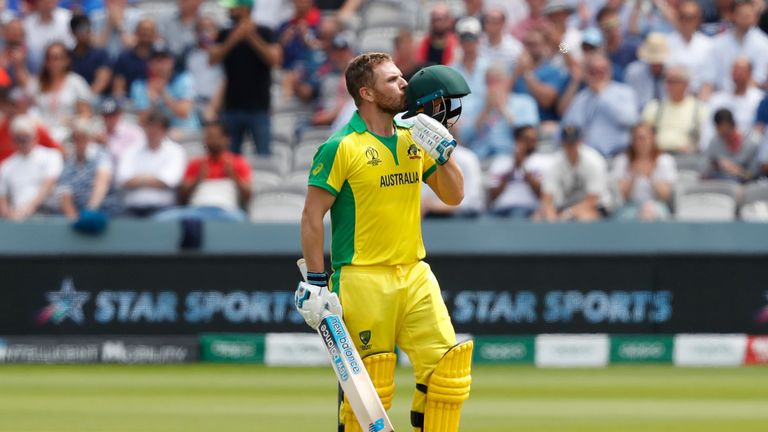 But Finch played beautifully in the main as he notched a 115-ball century, his second of the tournament, only to then see Australia’s innings falter dramatically when he pulled Jofra Archer to Chris Woakes on the fine-leg boundary one delivery later.

Australia mustered only 130 runs from their final 22 overs, with Steve Smith pretty much stifled and then perishing looking for the big shot, Glenn Maxwell (12 off 8) firing all too fleetingly and Marcus Stoinis run out by Smith before he could get into his stride.

Perhaps we should not be surprised, because finishing off an innings after batting first has not been Australia’s forte in this World Cup. The game against Bangladesh, when they pummelled 131 in the final 10, is the only occasion when the runs have flowed at an electric rate.

It was only 32 in the final five overs against Sri Lanka. There was a collapse from 189-1 to 307 all out against Pakistan. Really frustrating returns.

That will give Australia’s opponents hope in the semi-finals, which is where Finch’s men are heading. England still have eyes on the last four as well, but their passage has become a little trickier. 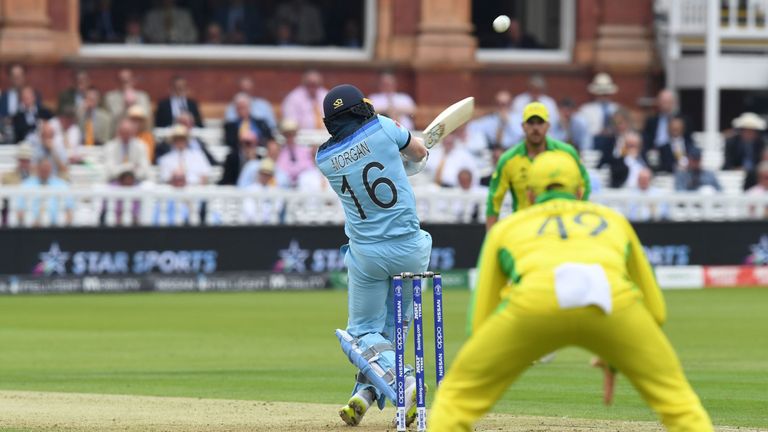 Morgan’s side will be hoping New Zealand defeat Pakistan at Edgbaston on Wednesday because if the result goes the other way, Pakistan will be one point behind England with two games to go.

Pakistan would also have the edge, on paper at least, in terms of fixtures.

Their final two games are against semi-final hopefuls Bangladesh and rock-bottom Afghanistan, while England face near semi-final certainties India and New Zealand. Sri Lanka are also in the top-four mix so make no mistake, England are sweating.