The Australian squad competing in this month’s ICC Deaf World Cup in India will include two translators to allow some players to communicate with their teammates.

Australian coach Jason Mathers, who grew up as the only member of his family with the ability to hear, provided an insight into the challenges he and the team must overcome by explaining why the translators were needed. 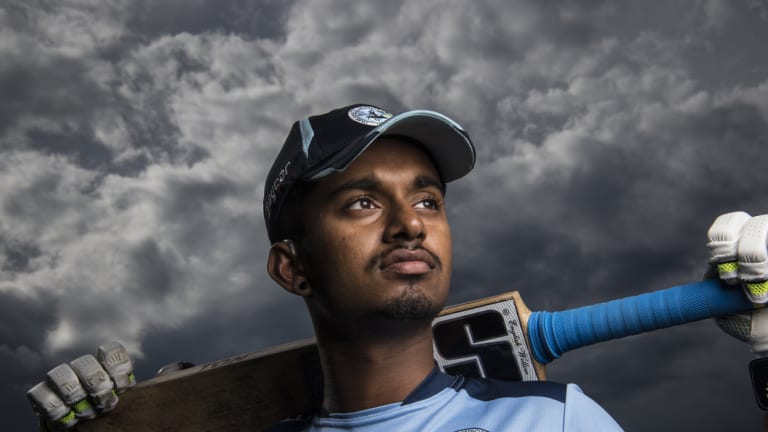 India-bound: Austin Philip is part of the Australia squad heading to the ICC Deaf World Cup in India.Credit:Wolter Peeters

“With the technology that exists these days a lot of the younger players have cochlear implants when they’re young and that allows for them to communicate verbally – and that’s fantastic” said Mathers. “However, we have members in the team who have had the implants but communicate via sign language .

“So, there’s different levels of communication within the team – and in society – and that’s the challenge.

“The two full-time interpreters are coming with us because, for instance, the simplest fielding drills need to be explained. You might have a demonstration, and you might then have a further demonstration for someone who doesn’t quite understand what we’re doing.

“So, it needs to be clear and concise, and that can sometimes mean using diagrams to explain things. There’s also a lot of writing on whiteboards, talking, and using sign language – but, we do get there.”

One challenge the Australian team must address stems from the selection of Perth’s Pakistan-born Shahrukh Syed.

“All that means is we have to explain things to him in a different way,” said Mathers.

While the squad represents all Australians, Mathers said their efforts in India will be of particular interest to the four million Aussies who suffer varying degrees of hearing loss.

“We’re trying to spread the word about deaf cricket to try and get some of those people involved in the game and to provide them with opportunities to play in World Cups, the National Inclusion Championships or, to just enjoy playing.”