Can we play some Test cricket now? Finally, the showpiece of this Australian summer is upon us and let's hope it will be entertaining. If India don’t win this series, they will never win in Australia. India are miles better than Australia in all formats   but do they have the belief, and will their fast bowlers last the distance?

Since 2014, India have had a poor touring record in England, South Africa and Australia. India have only played 12 Tests, winning just two, drawing two and losing eight. With India’s history, maybe this series will not be a fait accompli.

I do feel the result will go India’s way to the tune of a 2-0 or 3-0 result, as I just can’t see Australia winning a Test anywhere. Normally when Australia play at home they are very hard to beat. But now there is no Steve Smith and David Warner, who consistently make 40 per cent of Australia's runs. For Australia to win, who is going to fill those shoes? 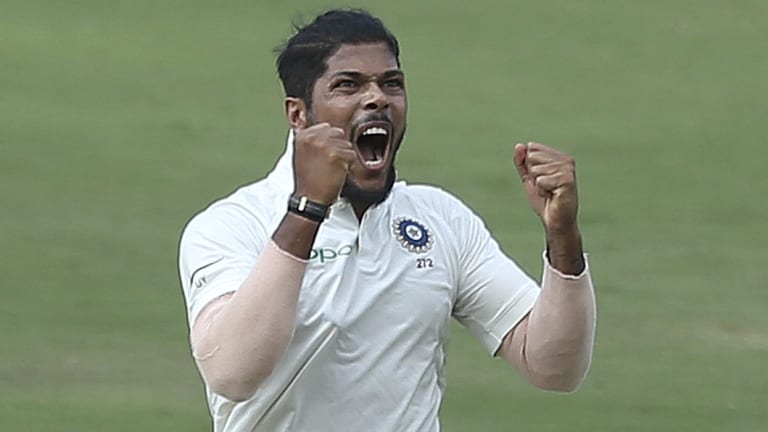 Umesh Yadav is part of an impressive Indian bowling line-up.Credit:AP

UMESH YADAV
Strengths: Bowls 140 km/h-plus and with good outswing. Very accurate with about 65 per cent of his wickets from leg before wicket, bowled and caught behind.

Weakness: Yadav has a tendency to bowl short and the boundaries he concedes in Test cricket tend to be hit square of the wicket. Yadav concedes a boundary every 12 balls and his economy rate in Australia is 4.6, which is high.

Game plan: Play him late. Plenty of singles short on the off-side. Look to punish him on short balls. Be very wary of driving him down the ground as his swing can get nicks.

Strengths: 140 km/h-plus. Bumrah is a very different bowler to the others in the Indian attack. Bumrah bangs the ball into the pitch, attacks the stumps and is very accurate, with 72 per cent of his wickets lbw, bowled or caught behind.

Game plan: Rotate the strike on him. He does have a tendency to be a little impatient. Right-handers will get one on the legs occasionally, but it's the left-handers who must face the majority of his deliveries.

Strengths: 140 km/h-plus. Kohli always goes to Sharma to get a wicket when under pressure. Sharma is the most senior bowler in the group, with this being his fourth tour to Australia.

Weakness: Sharma’s record in Australia is atrocious. He has taken 20 wickets in 17 innings because he has bowled too short. Interestingly, he also struggled to bowl to left-handers. He has also bowled too many full deliveries and been driven down the ground. He needs to change his length or he will get the same results as \past tours.

Game plan: He thrives on early success so do your utmost to keep him wicketless in his first spell.  Look for boundaries on his short ball. Ones are scored short on both sides of the wicket.

Strengths: 140 km\h-plus. Swings the ball away from the right-handers and is India’s best reverse-swing bowler. Shami will have good memories of his last tour to Australia. Also very accurate with 72 per cent of his wickets lbw, bowled, caught behind.

Weakness: Shami has a tendency to bowl either too full or too short.

Game plan: Play Shami late, but he comes onto you quicker than you think. So get your feet working early. Shami mainly gets hit for singles towards third man or worked behind square leg. When Shami tends to get hit for boundaries it is mainly square of the wicket as he does occasionally give you some width.

Strengths: Loves bowling to left-handers. He normally eats them for breakfast, lunch and dinner. Ashwin's strike rate to left-handers is one wicket per 45 balls compared to 58 balls for right-handers. Ashwin mainly gets his left-handers out lbw as they play outside the ball.

Weakness: In 10 innings in Australia, Ashwin has conceded more than 100 runs six times. In the last tour of Australia, he was hit down the ground and not square.

Game plan: Ashwin will not turn the ball that much in Australia. Use your feet and look for boundaries straight. 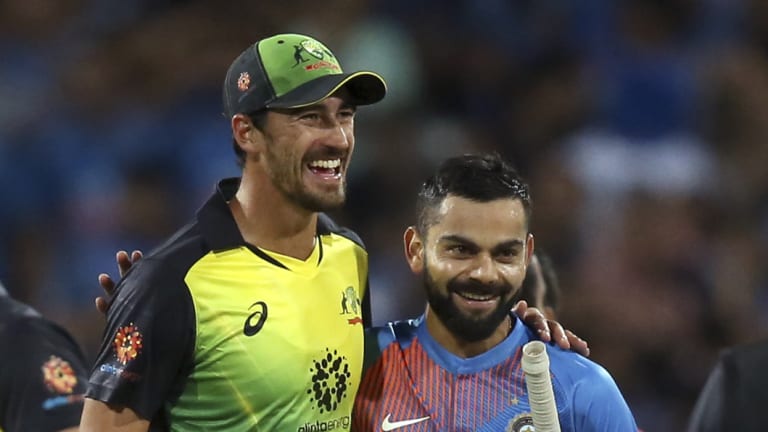 The Australians need to make Virat Kohli their best mate.Credit:AP

Strengths: On his last tour to Australia he was just awesome with four centuries in eight innings. He hits amazing cover drives and whips through mid-wicket with monotonous ease. Kohli hits a boundary every 13 balls off pace bowling in Australia. On the recent tour to South Africa, Kohli hit one out of three boundaries through the covers off the quicks. He also loves and thrives on confrontational situations.

Weakness: Trying to find a weakness in Kohli’s game is like trying to find something wrong with the Mona Lisa. Teams must stop his cover drive and bowl in different areas.

Game plan: At the start of Kohli’s innings, quicks need to bowl at a fourth-stump line and make him play on the back foot. Kohli doesn’t cut that much with the length being short or back of length. Do not give him width and length outside off-stump. Bowlers must try to set him up with short stuff first and then the odd wide ball on the drive to find the edge. Slips and gully stay on high alert.

Do not talk or provoke him. Make him your best mate.

So that’s it in a nutshell. I am not expecting miracles from the Australians. They will try hard, but I wonder who will be our next hero. Someone will pop up from this series. They always do.