It’s been a long time coming but round one of season two of Suncorp Super Netball is finally here.

A lot has happened in the 10 months since Sunshine Coast Lightning lifted the trophy as the first winners. In fact there has been a seismic shift in world netball. England, Jamaica and a handful of African nations upset the Australia/New Zealand applecart at the Commonwealth Games, with performances that announced in no uncertain terms that the era of netball being dominated by the two traditional powerhouses was well and truly over. 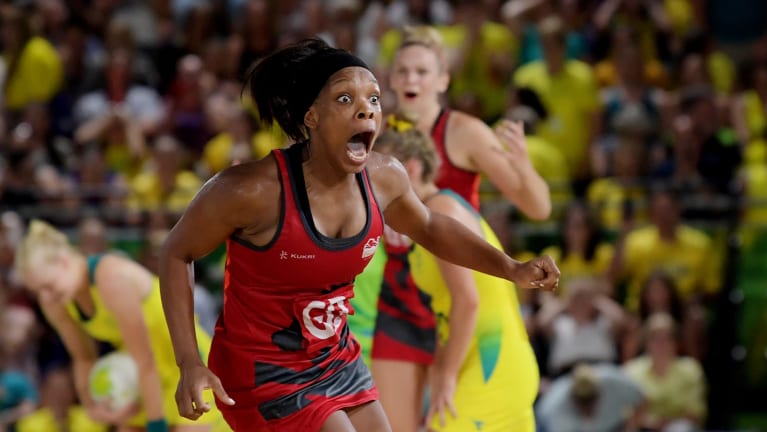 I am on the record as saying that as much as Australia’s loss to England in the Commonwealth Games gold-medal match hurt my green-and-gold heart, I reckon it is a terrific result, not only for international netball, but for Australia’s domestic league, which kicks off this weekend.

Each of the world’s top five netball nations will be struttin’ their stuff in a stadium and on a television screen near you for the next 17 weeks. In a crowded sporting landscape, where competition for eyeballs is fierce, a domestic competition that can rightly boast it is the best in the world, attracting the best athletes from all over the globe, is a pretty handy edge to have.

Having said that, there have been those, including Diamonds coach Lisa Alexander, who have questioned whether allowing unlimited international imports into the Australian domestic league is ultimately a good thing for the Australian team.

It’s a fair question, especially coming from a coach who just saw her team beaten by a goal by an English team boasting no less than five players plying their trade in Suncorp Super Netball. The gap at the top of world netball has closed, and allowing internationals into our domestic competition has played a large part in that.

In the olden days the Australian netball team would blow most of our opposition away by the sheer speed and intensity at which we played. I can recall being involved in a number of Test series against lower-ranked opponents where the first Test would be a blowout, but the margin would close with each successive Test as our opposition got the hang of how we played. By allowing international players to experience this week in, week out at club level, Australia have lost the element of surprise that our superior intensity gave us. The Diamonds are no longer mythical beings bringing an unmatched brand of fire and fury to netball courts around the globe. Rather they are now teammates, best friends and in some case mentors to the best of the rest of the world. And the rest of the world is benefiting.

This presents a pretty big challenge to the Diamonds and their brains trust. But it also presents an opportunity. It means that week in, week out, Australian players are coming up against the world's best. When they meet Malawi, or Jamaica, or England at next year’s World Cup, there will be no surprises.

This puts the Diamonds in a far better position than our traditional rivals, New Zealand, whose governing body has decreed that any New Zealander who plays in the Australian league is ineligible for the Silver Ferns. This policy has been widely criticised, and we saw the results at the Commonwealth Games, where the Ferns scraped into the finals but missed out on a medal. A full review is underway across the ditch, and don’t be surprised to see the powers that be try to find a way to have their best players involved both here and in the New Zealand league.

It’s something that I would love to see.

In the meantime, there is some fierce netball about to get underway. It's tough to pick who might hold up the trophy at the end of the year, but my early money is on a Giants versus Magpies grand final.