Serena Williams is a mum now. She made her match with Eugenie Bouchard look like a mums and daughters' game.

Canadian Bouchard is a player with credentials, ranked 79, unless you consider her credentials against the most decorated player in the women's game in which case she looks like a work experience kid. 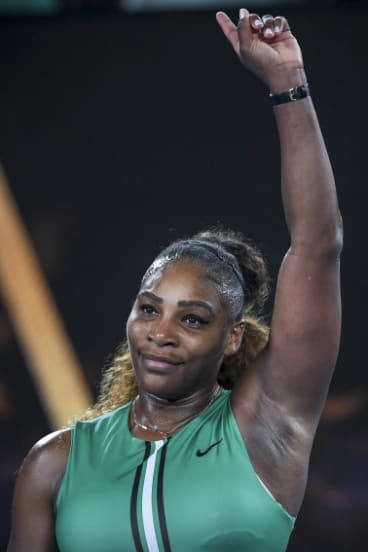 Serena Williams cruised through her second round match.Credit:Eddie Jim

Williams bullied Bouchard around the court to win in straight sets 6-2, 6-2 in a little more than an hour. She made a joke of the seeding that has Williams ranked the 16th best player here. The other 15 players before her will be wondering about the maths that came up with that.

The American superstar is looking to craft history at this tournament, not only to equal Margaret Court's 24 grand slam titles, but to repair an image tarnished by her tantrum in losing the final of the US Open.

On the evidence thus far on court in Melbourne her biggest challenge might not be to win but to correct the idea she can lose without melting down.

"Anything can happen, but I think last year, she was not in a good space in terms of tennis and competition," Williams' long-term coach Patrick Mouratoglou told ESPN. 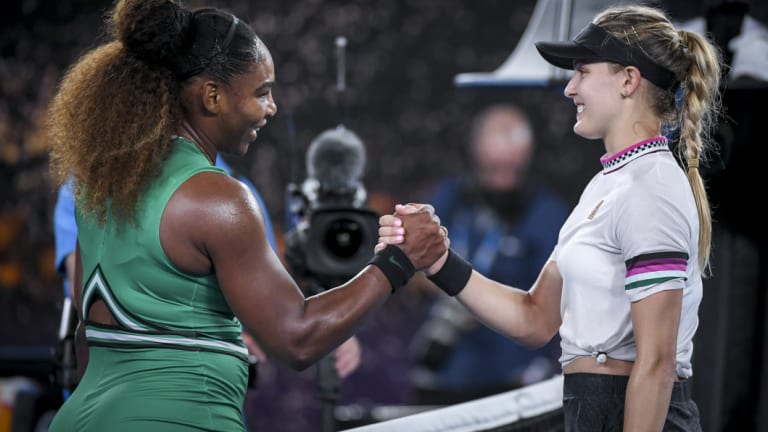 Williams match against Bouchard suggested the first challenge might be a more pressing concern than the second. On a steamy Melbourne night Bouchard could barely makes Williams draw a sweat as she rifled through the second round.

Williams played the game on her terms, she pushed Bouchard around the court and refused to be pushed herself.

Whether other players will allow her to play in this fashion is to be seen, for Williams made a contest that should have been challenging look utterly routine.