Back in the saddle: McDonald set to return after 18 months

James McDonald left racing behind. Banned from the saddle for 18 months, the suspended hoop decided to use the time wisely, experiencing what life had to offer away from the sport that had, until then, consumed his every waking hour.

“I don’t even know where my riding gear is,” said McDonald ahead of his return this week. “[Valet] Chris [Barrett] has got it and I must check if it is ready to go.” 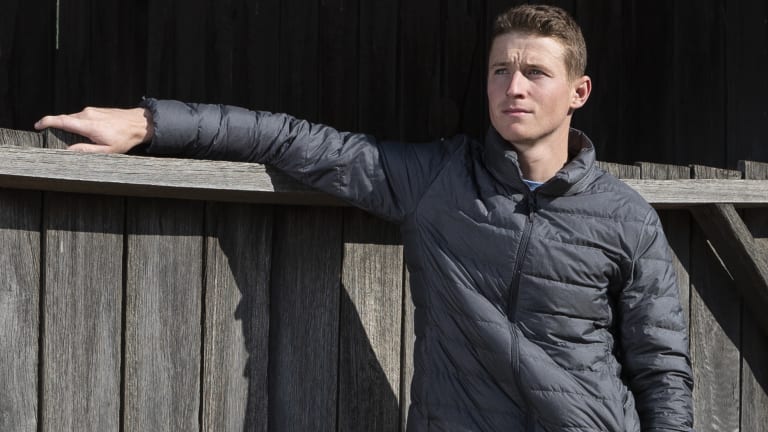 Back in the saddle: James McDonald will return from an 18 month ban on Saturday.

McDonald was the boy who never grew up, racing’s Peter Pan who seemed to have it all –  a massive riding contract with Godolphin, the pick of the best rides, winner after winner.

But he was about to be jolted out of his Never Never Land by a lengthy disqualification for betting, which will finish on Wednesday when he returns to the sport at Warwick Farm.

During that 18 months away, the 26-year-old was forced to grow-up, to work out how to live a life that is not defined solely by his career.

“It is weird what’s happened, it’s bizarre,” he said. “I just got a chance to be James McDonald, a person, for 18 months, not a jockey. But it makes you want to be back in the saddle because riding is what I do.

“I didn’t know what existed outside racing really. I didn’t know much other than racing to be fair. You know sports and when big games were on, but it was more about the next meeting, the next ride.

“I would only go to places if I was riding there the next day. It has opened my eyes to the real world. I was hopeless, probably still am in many ways, even though I got to see some incredible things while I was off.” 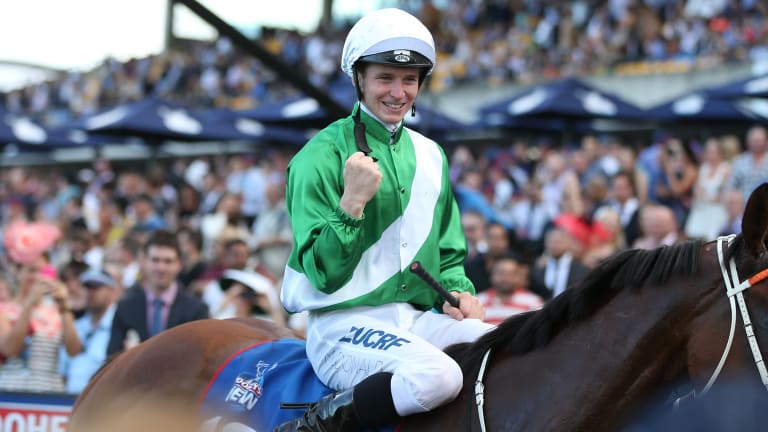 McDonald had been riding since he was a 14-year-old. A precocious talent, he was winning premierships and setting records from the very start from of his career in New Zealand. He moved to Australia and the success followed. There  were a couple of Sydney jockeys' premierships, a Golden Slipper triumph on Mossfun, and all the trappings that come with his rise to fame.

Then came the fateful bet on Astern in December 2015. McDonald knew jockeys should never bet. Nevertheless, he asked a punter friend, Anthony Gardiner, to place a $1000 bet for him on Astern on its debut in December 2015. McDonald won $3000 but the cost of that $3000 cannot be measured. In monetary terms, it would run into the millions but, in life terms, it could be worth lots more. 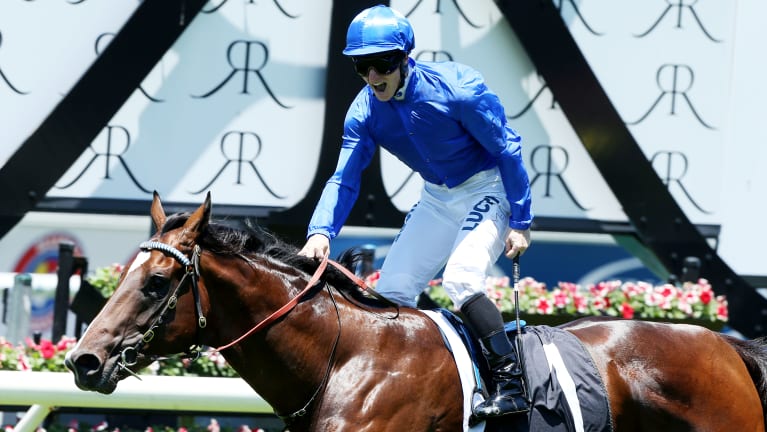 Big mistake: McDonald aboard Astern on the day he had a bet placed for him.

When he was taken in by stewards in November 2016, McDonald thought he knew what fate awaited him after he owned up to the charge of betting. He was wrong.

“It is pretty well documented how it went down,” McDonald said. “I thought I was going to get six months, but I suppose not knowing the rule shows where I was at.

“Once you have the bet, it’s all over red rover. I had to own it. I’m glad it happened.”

The hardest day was probably the day after he was questioned by the stewards before the ban. Telling people. People who had invested in his career and in him as a person.

“Telling mum and dad was tough. I had to ring Sir Peter Vela to tell him how stupid I was. He had helped me a lot and I felt I had let him down,” McDonald said. “John O’Shea and Godolphin, yeah, tough."

Then McDonald had to tell his girlfriend of three months at the time, Katelyn Mallyon, a group 1-winning jockey herself.

“She just said idiot. She was right. She has been very supportive and I don’t think it would have worked with her if I was riding.” McDonald continued. “There is a positive that comes out of everything. I’m pretty much grounded now.”

The couple have travelled the world since McDonald's ban, but he has also spent four months working on a dairy farm and did some wrangling wild cattle in Western Australia.

“We went to my uncle's farm straight after [the ban]. I could have found an easier job than milking cows,” McDonald said. “It makes you think.”

But the best thing for McDonald was he could focus on his relationship with Mallyon, which has developed in his time away from the track. Pictures of the pair often appear on social media showing them happy and relaxed.

“My lifestyle changed a lot with Katelyn. I’m not such a lad,” McDonald said. “I don’t sweat the small stuff like I used to. You get 18 months. What is the worst thing that can happen to you get taken off a horse?

“It’s made me grow up heaps. I got to see things I wouldn’t have seen. It might be the best thing that has ever happened to me. I got to be normal.

“It just wouldn’t have worked with Katelyn if I was riding. You have to be so focussed when you are riding especially here in Sydney because you have to have your finger on the pulse with all the good jockeys here. You need to be working hard.

“There wouldn’t have been the time for her. I got to spend heaps of time with Katelyn and the family. I got to have two Christmases with them. I have never been able to do that. I didn’t have to worry about my weight.”

A jockey’s biggest battle is with the scales and McDonald returns lighter than when he left as he prepares to get back to the top of the riding ranks.

McDonald was in the Hugh Bowman class before he was banned. He rode a winner from every five rides, including 30 group 1 wins. He won a Golden Slipper, and then had frustrating seconds in the Cox Plate, the Caulfield Cup and the Melbourne Cup on Fiorente in 2012.

“I’m hoping to go one better in those races, they are the ones you want to win,” McDonald said. “You would have thought one of them would have hit. Fiorente, I thought I was going to win the Melbourne Cup, and he won it the next year [with Damien Oliver in the saddle].”

Even with that body of work behind him, McDonald had doubts if there would be any support for his return. Betting is a part of racing, but jockeys who bet and get caught, carry a black mark with them. Still, McDonald has a fairly full book of rides for Wednesday.

“I was worried about getting rides. It was probably my biggest fear about coming back,” McDonald said. “You got into a shell a bit. You are worried how people are going to perceive  you. I didn’t stop anything. I still won the race. I owned up to my mistake.”

McDonald has grown impatient of riding trackwork since he returned six weeks ago and now raceday can’t come quick enough.

“I have been riding a lot and I haven’t cantered one yet. Every one I have ridden has been a gallop. The body getting used to that again has been interesting,” McDonald said. “I just want to get out there in a race..

“I can’t wait for the next 15 years. I feel pretty positive about everything. I have a good feeling that something big is just around the corner. There is plenty left to do. I need to find my Winx. It would be a dream to find one of them.”