Mark Baguley wanted to be offensive. So he made up the most outrageous thing he could and he said it to Jed Lamb.

He sledged Lamb about his family. He was being low brow and offensive in a crass,  schoolyard kind of way when he verbally targeted Lamb about his dad. He wanted to get a rise out of Lamb and unsettle him. He succeeded. 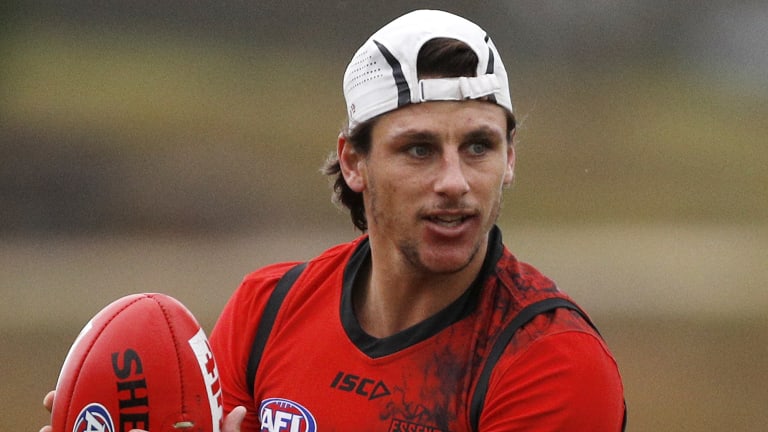 Baguley was many things on Saturday when he opened his mouth but we will limit it at this stage to ignorant.

He is not now.

Baguley knows now that Jed Lamb's dad was murdered with an axe when the player was young.

Not even Lamb thought Baguley knew this when he decided to sledge him on Saturday, but Lamb told him repeatedly on the field his dad had died and to shut up. Baguley didn't shut up.

Eventually Lamb reacted and fought with Baguley. A melee followed as other players tumbled in and in the wash-up Lamb was fined $1500 by the AFL for the fight. Baguley was not charged.

Whether Lamb's dad was alive or dead it should not matter, but it does. Baguley should not have brought up his father or any member of another player's family in any event. That he chose to do so, and use family members as verbal cannon fodder, the reality of Lamb's tragic family background only elevated the comments from pathetic to outrageously offensive.

After the sledging of Marc Murphy last year by St Kilda players it might have been thought that AFL players would know not to talk about players' families. AFL players often talk of living in a fishbowl, it was little appreciated that that is because some have the memories of goldfish.

Baguley chose to go there about another player's family so what happened next should fall on him. It should not fall on Lamb. Baguley should reach into his pocket and offer to pay Lamb's $1500 fine.

It should be the least of Baguley's punishment but as ever with these things (think again Marc Murphy last year) the person being sledged would prefer the matter just go away so they can shield their family from the stupidity of what was said on the field. It makes the sledge a double cuss.

There is no doubt Baguley was sincerely horrified when it was pointed out to him by other players after the melee near the end of the third quarter what had happened to Lamb's father. The Carlton player was not just trying to shut Baguley up when he told him his dad was dead.

Before that Baguley seemed to just think he had got a bite with his sledging. He should have known that banality rarely strikes such a nerve.