He's just about to close the book on his third straight season of 100-plus winners across the country, but Bjorn Baker might not revel in successes much more than if Show A Star can scale a steep first-up task at Rosehill on Saturday. 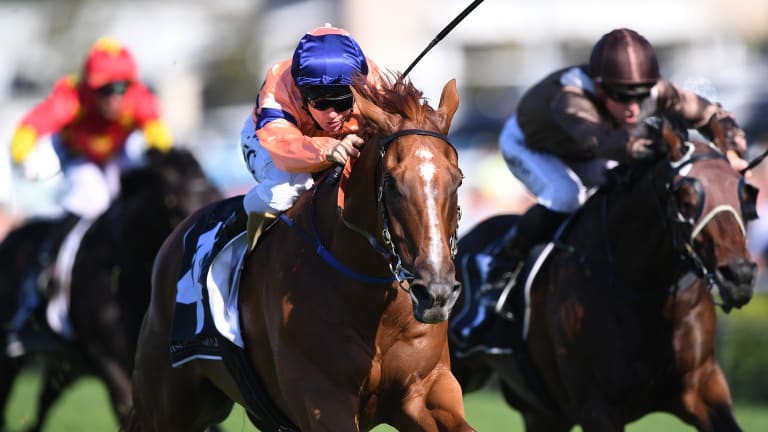 The Warwick Farm conditioner has cemented himself in the ultra-competitive Sydney training market, but doesn't set tasks for his horses much more ambitious than in the feature Winter Challenge.

Show A Star will resume at 1500 metres in the $150,000 listed race, which will be the start of just his second preparation with Baker in Sydney after winning both trials this time in.

"It's a big ask," Baker said. "It's a hard thing to do first-up. I tend to keep my horses to the short courses [early in their campaigns] and he's gone up a few grades. It's definitely going to get harder too.

"[But] last time was the first time I had him and he did a really good job throughout the preparation. He was very consistent and even his run in the Canberra Cup was good. His run before that behind Cellarman was good and the form worked out well.

"I couldn't be happier with how he's done. He's trialled well leading into this. He's in good order, he's a nice horse and I'm sure he'll run well."

But well enough to tame a classy Winter Challenge field, a quarter of which are Chris Waller runners?

Baker can't be certain, but the $13 on offer about Show A Star with Sportsbet on Thursday appealed to some considering the six-year-old's form also features a close-up effort behind Lanciato and Noire last summer.

"I reckon there is more to come from him … I'm hoping anyway," Baker said. "He'll be somewhat positive from the gate too."

Baker was a little bit more enthusiastic about the chances of Goodfella, the three-year-old which chased Pierata home on multiple occasions during Queensland's rich summer carnival.

The Snitzel colt is closing in on $1 million in prizemoney – inflated by his second in the Magic Millions Guineas earlier this year – and pleased his trainer with the way he's bounced out of his first-up run behind Albumin a fortnight ago.

"I thought Goodfella was really good the other day and often his first run back is pretty ordinary, but I think he's improved," Baker said. "In fact, I thought it was an excellent run.

"Drawn well we can afford to be a bit more positive and I think he will be pretty competitive. I give him a really good chance. He looks great, too, and I think it's the type of race he's definitely in with a chance."

Perhaps the horse which is most flying under the radar of Baker's team in the last Saturday metropolitan meeting of the season is Smart Amelia, a stable acquisition which surprised when she mowed down her rivals to win earlier this month.

It was her first start for her new trainer.

"It's hard to know what to expect," Baker said. "I didn't do a lot with her [before winning at Rosehill].

"She only had a soft trial so I was pleasantly surprised. She's a filly with talent. We know that from her race record."