The punishments slapped on Australian cricketers Steve Smith, David Warner and Cameron Bancroft for their roles in a ball-tampering scandal were extreme, former Australia international Shane Watson said on Tuesday.

Smith and Warner are serving year-long bans for their part in the Cape Town scandal in March, while Bancroft got a nine-month suspension. 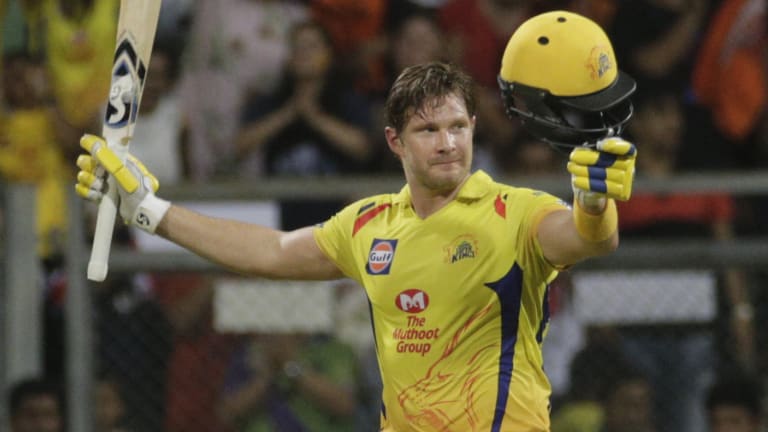 “It is an extreme penalty for what they did”: Shane Watson.

"They've paid a heavy price, there is no question, and when they come back they will be doing everything they can to try and repay people for the mistakes they made."

Former Australia international and spin-bowling great Shane Warne has said the punishments on the trio were overly harsh.

Watson said there was no question that the players "made a huge error of judgment" and backed new Australia coach Justin Langer as the "right-man" to rebuild the team.

"He is certainly going to make sure the Aussies are on the right track," said Watson, who retired from international cricket in 2016. The Australian team heads to England next month for a tour which includes five one-day internationals and a Twenty20 match.

Watson ruled out a return to international cricket and said that new players should be given the opportunity. He added that he was open to a mentoring role with the Australia team but was not interested in going on tour.

Cricket Australia this month appointed Watson to a panel tasked with drafting a charter of behaviour in the wake of the scandal in South Africa.

All-rounder Watson signed a contract on Tuesday to play for Karachians in a 10-over format league in the United Arab Emirates (UAE) later this year, days after hitting a Man-of-the-Match winning century for the Chennai Super Kings in the Indian Premier League (IPL) final.

Watson said he will play grade cricket in Australia with Sutherland later in September before returning to the UAE for the 10-over league and that he expected to play in the next Big Bash League which starts in December and the IPL next season.