This year’s theme for the foundation’s annual dinner, a black-tie affair at the Westin on Wednesday night, was classic deciders. The general public had 10 to choose from, from the 1955 Souths-Newtown grand final through to the extra-time Cowboys-Broncos epic in 2015.

It’s understood the latter was voted a close second to the 1989 encounter that saw the Raiders take out the premiership. 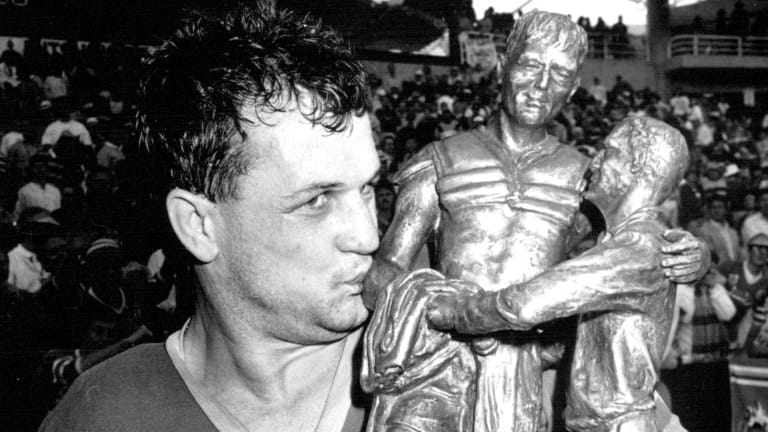 During the event, Men of League announced they had spent $500,000 on wellbeing support to the rugby league community in the first seven-and-a-half months of this calendar year alone. 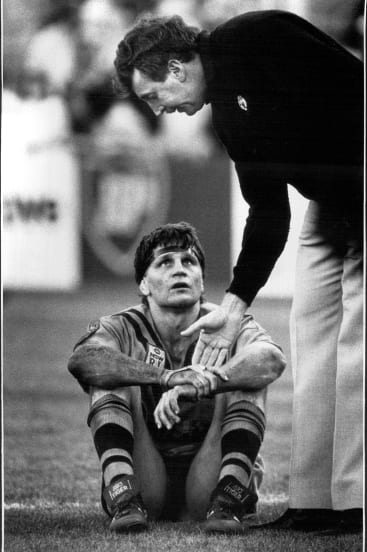 One that got away: Balmain coach Warren Ryan commiserates skipper Wayne Pearce.

“The annual gala dinner has once again proven why it is a signature event on the rugby league community’s social calendar,” said Men of League Foundation CEO Stephen Lowndes.

“The 1989 grand final between Canberra and Balmain took out the coveted greatest grand final, as guests were treated to exclusive insights from Balmain legend Steve ‘Blocker’ Roach.

“As well as the unveiling of the greatest grand final, the gala dinner highlighted the outstanding work which has been carried out by our incredible volunteers, as well as announcing the incredible achievement of $500,000 distributed to the men, women and children of the rugby league community in 2018.

“It has been a tremendous year thus far for the Men of League Foundation and we are excited by the opportunities that lay ahead for the rest of 2018 and beyond.”

More than 400 guests, including some of rugby league’s biggest names, attended the function. In recent years, the themes for the night have included the 15 greatest league moments during the foundation’s history, as well as ranking players in positions such as halfback.

MOL’s national wellbeing manager, Jessica Macartney, thanked everyone who made the $500,000 milestone possible. 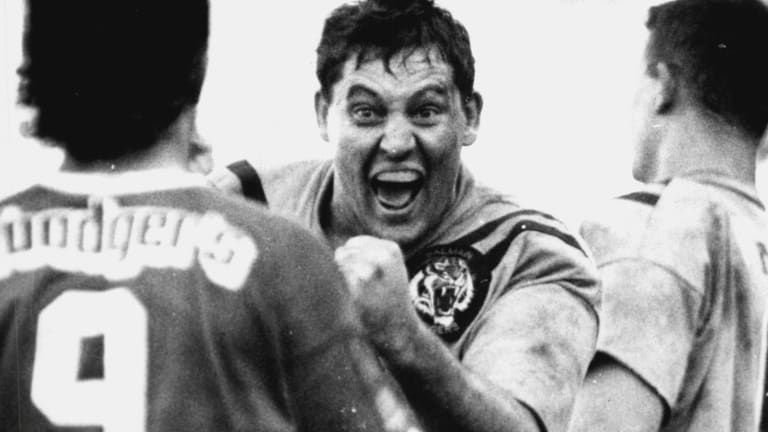 “That is half a million dollars’ worth of medical equipment, utility bills, car modifications, food and fuel for those within the rugby league community experiencing hardship,” she said.

“But more importantly the Men of League Foundation has provided hope and support to rugby league families in times of real distress and need.

“Although this is something to be tremendously proud of, we know that the job is not done yet. There are always more people to help and we can’t do it without the rugby league community’s support.”