JUVENTUS star Giorgio Chiellini has apologised to Mario Balotelli and says he “made a mistake” harshly criticising the striker.

The 35-year-old Italian international said the former Manchester City and Liverpool striker “deserved a slap” for his attitude at the 2013 Confederations Cup in his upcoming book. 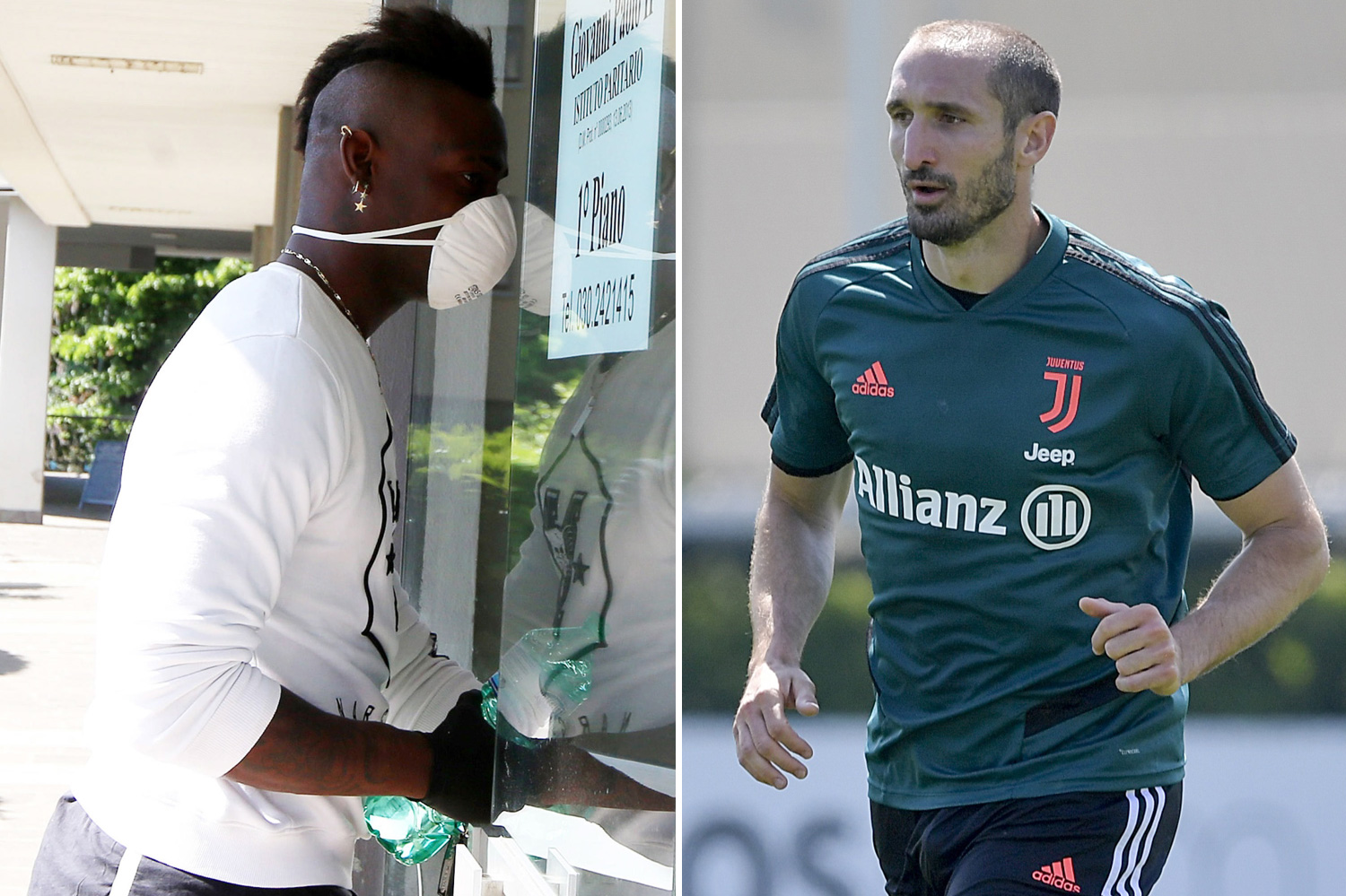 Defender Chiellini also said that “Balotelli is a negative person with no respect for the team.”

Balotelli hit back to hearing those remarks on Instagram, saying: “At least I have the sincerity and courage to say things face to face.

“You've had plenty of opportunities since 2013 to behave like a real man but you didn't.”

Fireworks were expected when both men appeared on Italian TV show Le Iene on yesterday – but it seems the pair have buried the hatchet.

Chiellini was presented by the show's crew with a signed jersey from Balotelli with a message on it saying: “Even if you unexpectedly stabbed me in the back, I still love you, man.”

They were then connected on video chat, with Balotelli, 29, in jovial spirits.

He said: “It’s the first time in my life that you messed up and I didn’t!”

Chiellini replied: “I envied you! Because in life you have to make mistakes to improve.”

Discussing the “negative person comment, Balotelli admitted his surprise. He said: “I didn't expect that from Giorgio. I'm not a negative person, I'm the one who always jokes.”

Chiellini then said he felt he had to put some criticism in his new book, but admitted he went far regarding his comments about Balotelli.

He said: “I was undecided whether to put [criticism] in, but not saying anything is bad, it seemed to me to be false and hypocritical. I take full responsibility.

“I made a mistake and I learned from it and will continue to learn from my mistakes every day.”

And when quizzed whether he would be happy if the two ended up as team-mates again for Italy at the Euros next year, he added: “It would be a pleasure! I have no problems.”