Ben Barba is back in the NRL after signing a one-year deal with North Queensland.

The former Dally M winner had also been linked with a return to Cronulla after an impressive season for St Helens in the Super League. 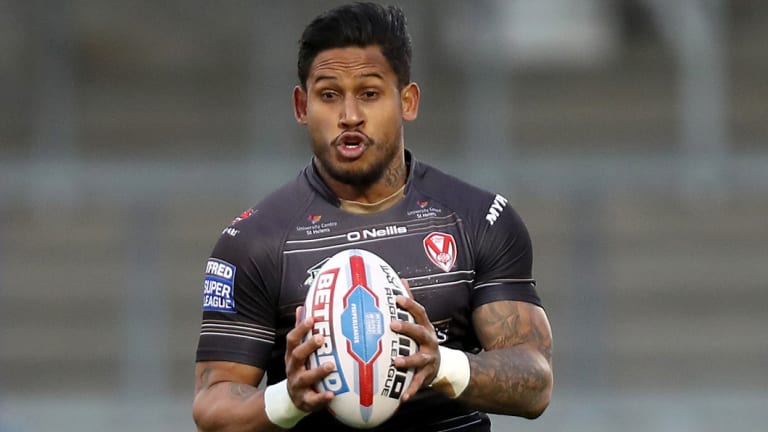 Giddy-up: Ben Barba has signed with the Cowboys for the 2019 season.

His Cowboys arrival has been hailed as a homecoming for the 29-year-old.

"Ben's form this year for St Helens has been of the highest standard. He's been the best fullback if not the best player in the English Super League," Cowboys Director of Football Peter Parr said.

"He is from Mackay and has always had a desire to play for the Cowboys, but for whatever reasons the stars never aligned until now.

"Ben has been looking to return to the NRL and with an opening at the fullback position at our club it presented the opportunity for him to do that."

Head coach Paul Green hailed Barba's talent and said he would be a "huge asset" for his side in 2019.

"He has been in fantastic form for St Helens and he still has a great deal to offer at NRL level," Green said. "Ben hails from North Queensland and he is excited to be able to return home and represent the region."