The Catalan giants' supporters were left devastated last weekend when they learned the news that the Argentine would be leaving against his will. 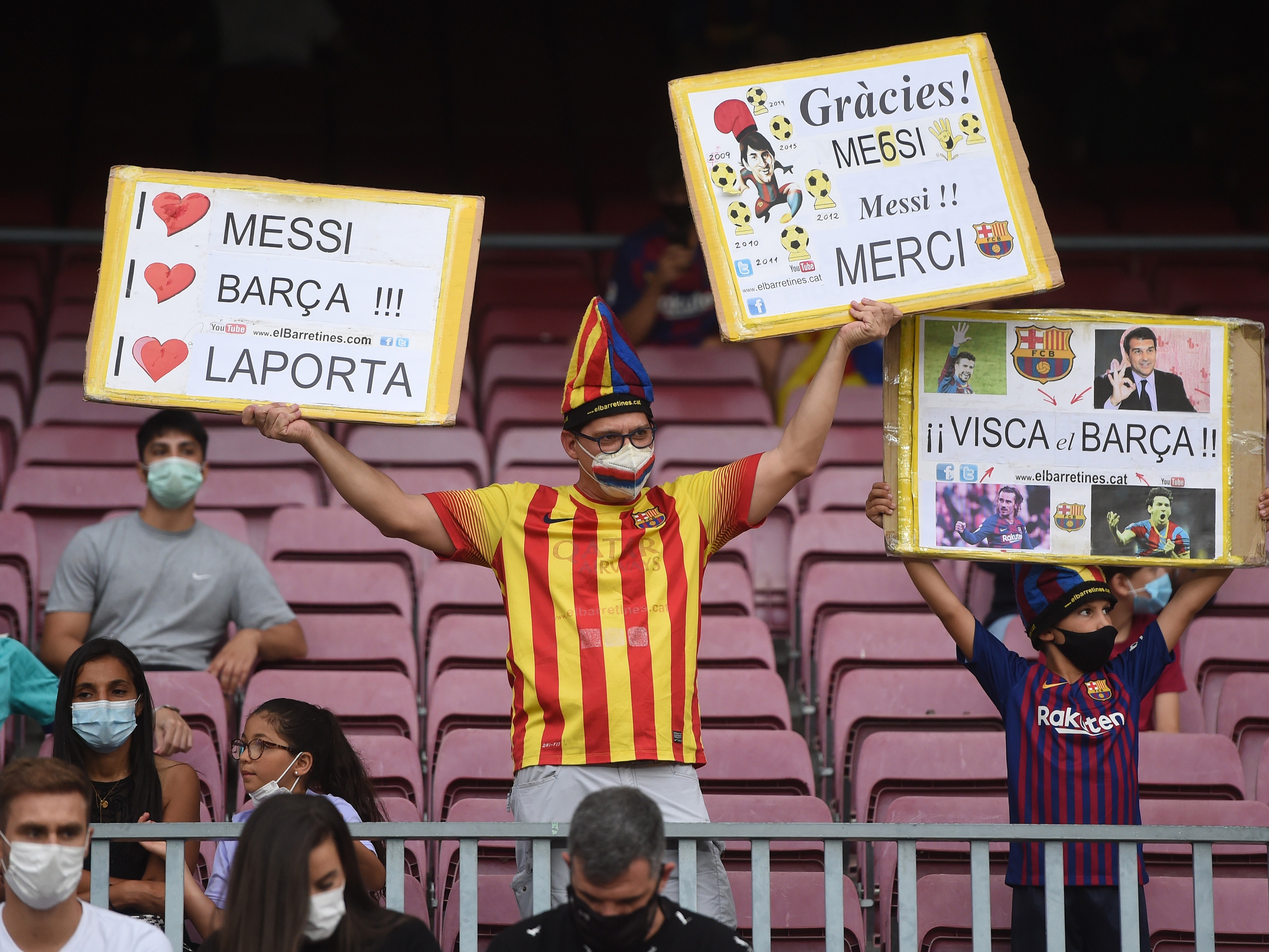 Messi, 34, has subsequently signed a two-year deal with Paris Saint-Germain.

But his name still rang around his former home on Sunday evening.

Numerous shirts adorning his name were also raised by fans, who will never forget their greatest ever player.

There is a far less positive attitude towards president Joan Laporta, however.

Prior to the match, fans draped banners around the stadium featuring a number of messages criticising the club's supremo.

While another said: "Barcelona is none of your business."

A third made an angry reference to Laporta's decision to take a holiday in the wake of their star man's exit, reading: "You’re in Ibiza and Messi in Paris."

In on field matters, Barca got off to a superb start, which will have calmed boss Ronald Koeman's nerves after a chaotic off-season.

Fittingly Gerard Pique, who took a pay cut in order to enable the club to register new signings Memphis Depay and Eric Garcia, gave Barca the lead in the 19th minute.

And Martin Braithwaite doubled their advantage on the stroke of half-time, putting them in a commanding position.

Messi, meanwhile, watched his new team-mates beat Strasbourg from the stands last night – having been unveiled to a rapturous reception at Parc des Princes ahead of the game. 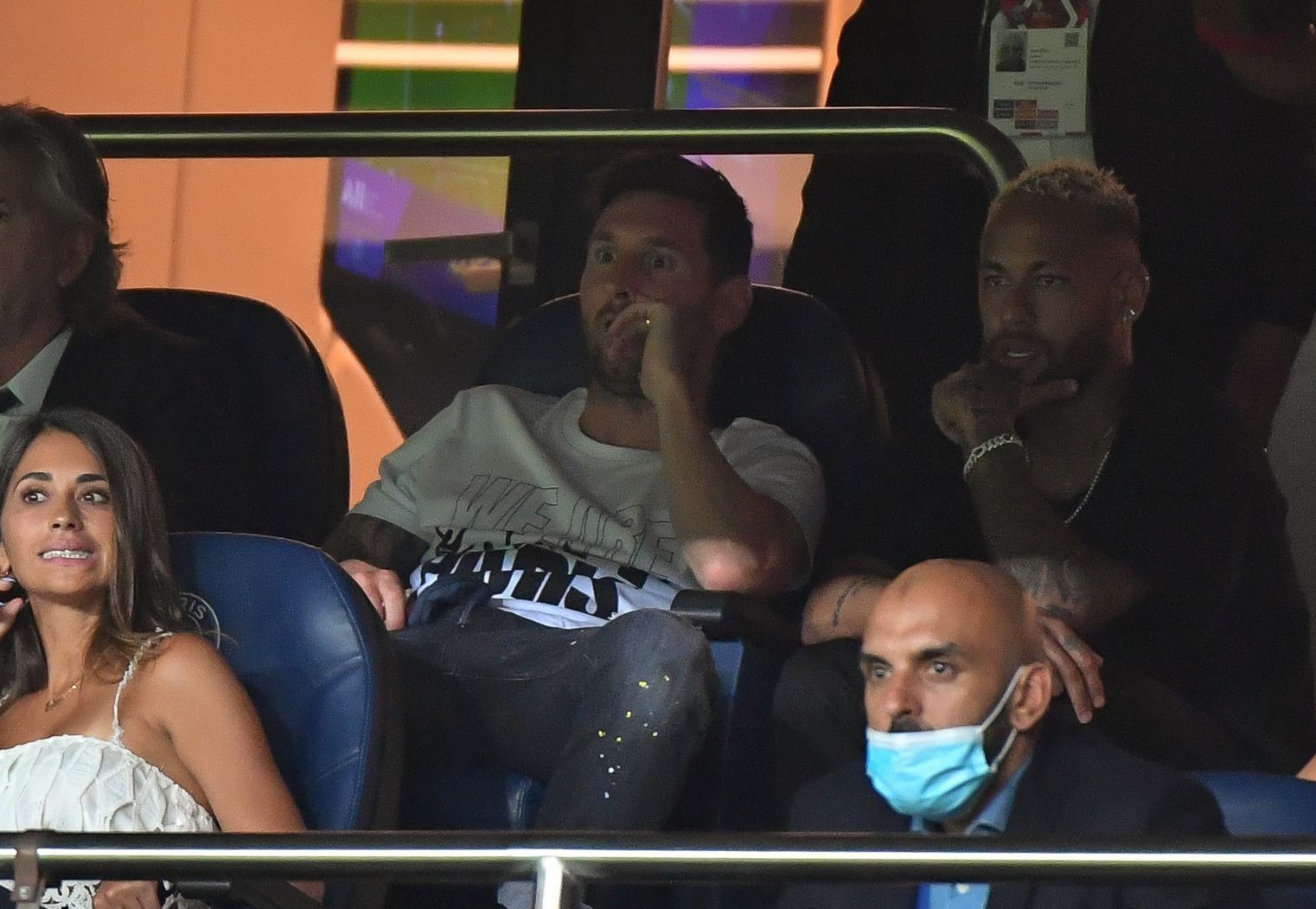