BARCELONA and Lionel Messi have become the butt of the jokes after their capitulation against Bayern Munich.

The Catalan giants, five-time Champions League winners, were humiliated in the first half after conceding four goals in the opening 31 minutes. 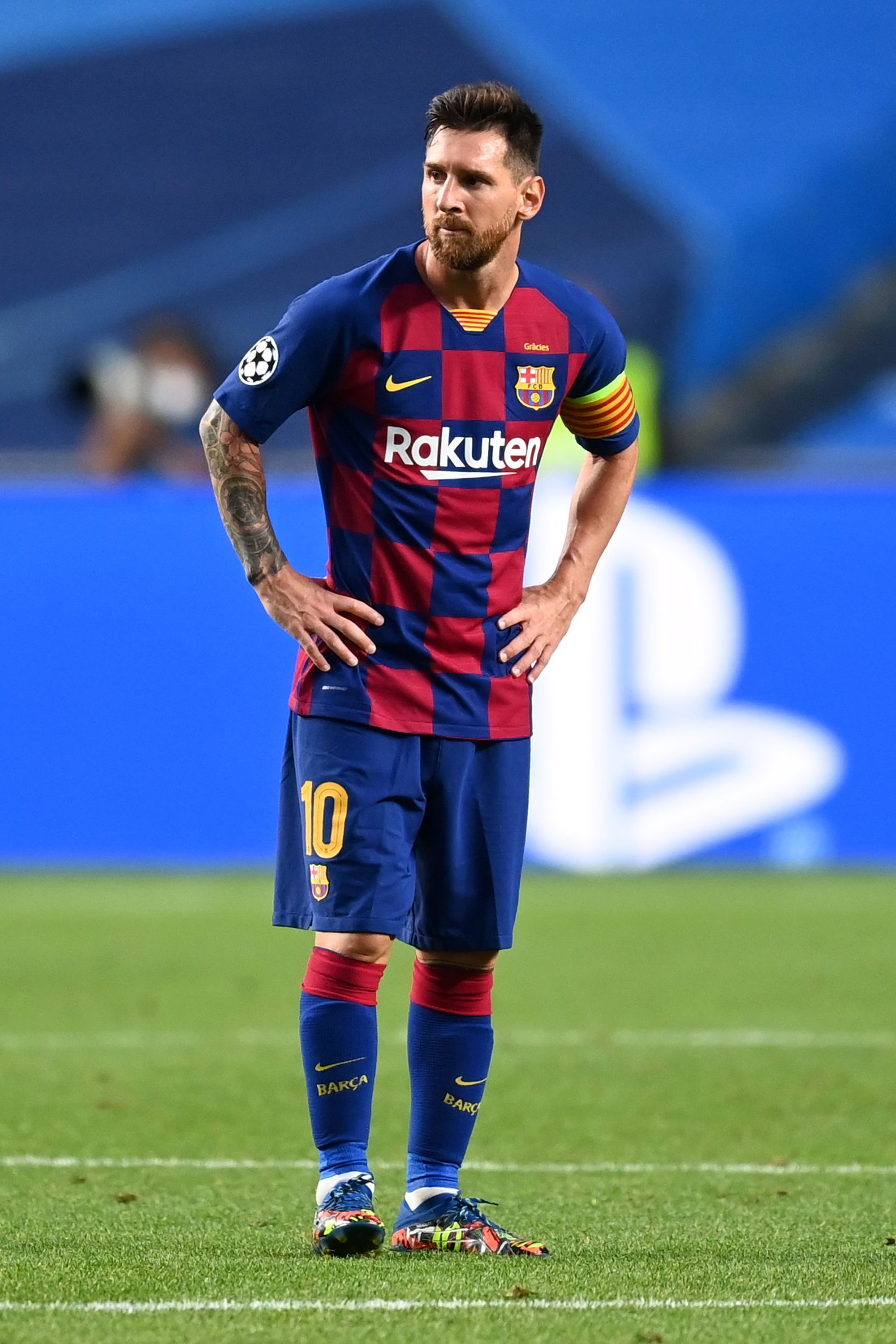 It could have been even more with the German champions ripping Barca to shreds.

Not even the world's greatest player Messi could inspire his side to mount any sort of a comeback as he looked defeated and dejected walking around the field.

But others watching from their sofas were revelling in Barcelona's demise and claimed the Argentine star will hand in a transfer request at the full-time whistle.

Taking to social media, one said: "Messi will spend his half-time penning his transfer request for a move to West Ham."

Another said: "Messi should just hand in his transfer request. He’ll be better off at Maritzburg United."

A third added: "Messi is absolutely going to throw his usual strop and throw in a transfer request at full time here."

And a fourth said: "Reckon Setien might actually get sacked at HT.

"Messi player-manager for the second half."

Thomas Muller opened the scoring after four minutes before David Alaba stuck it in his own net.

But it was total Bayern dominance after with Ivan Perisic, Serge Gnabry and Muller all finding the target to pile on the humiliation.

And the 33-year-old is being linked with a sensational move to Inter Milan as Antonio Conte's side attempt to mirror the effect of Cristiano Ronaldo's arrival at Juventus.

Six-time Ballon d'Or winner Messi's deal expires next summer and he is yet to put pen to paper on an extension.