BARCELONA have reportedly ramped up their interest in signing Lazio defender Luiz Felipe this summer.

The front page of Spanish newspaper Mundo Deportivo claims that the Catalans are desperate to land a talented young centre-back as a long-term successor to 33-year-old stalwart Gerard Pique. 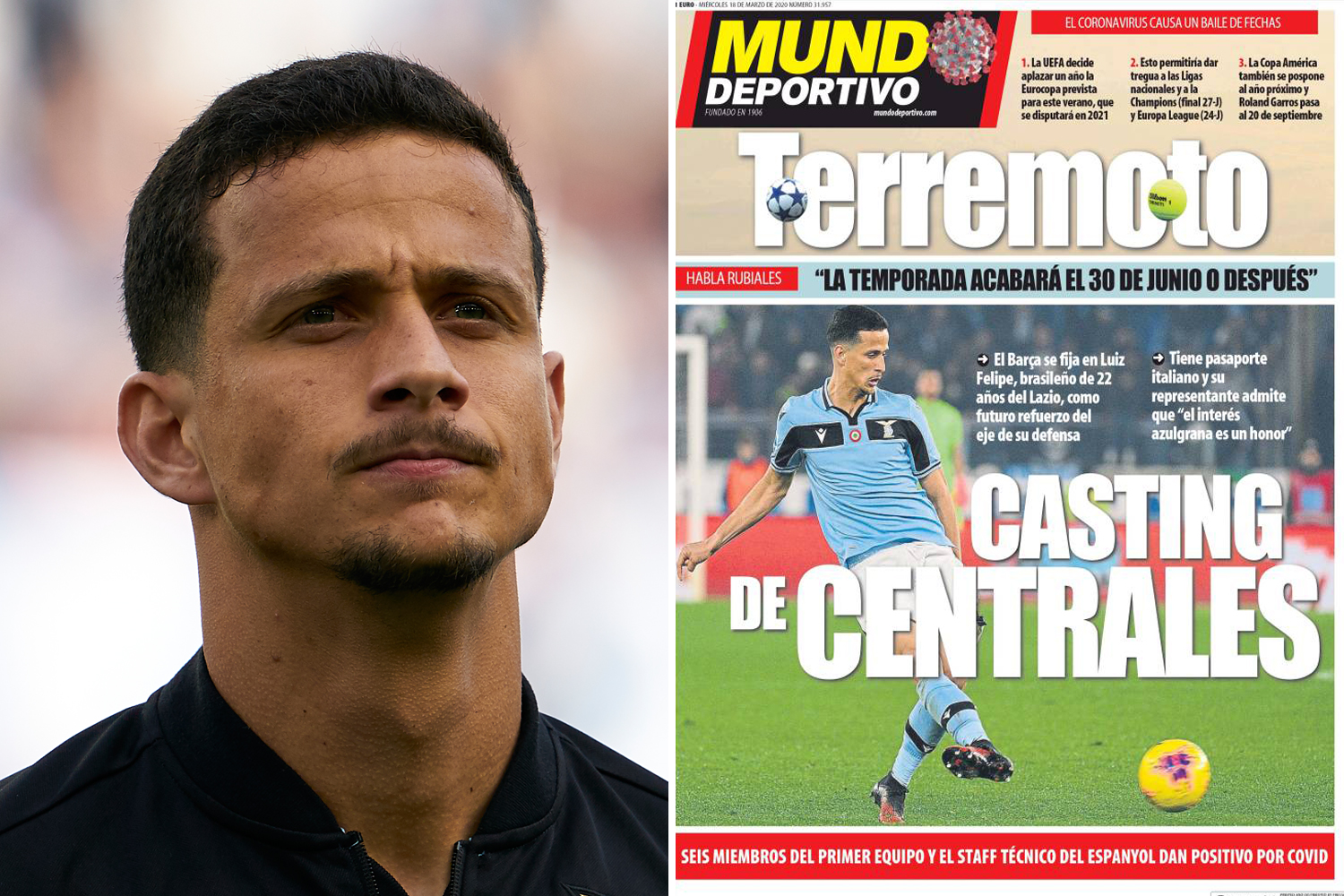 The LaLiga giants also have concerns over the future of Samuel Umtiti, who has been linked with moves to Arsenal and Manchester United.

Luiz meanwhile, who is just 22, has starred for Lazio this season, making 23 appearances in all competitions to help the Rome side to second in Serie A.

The Brazilian-born star, who carries an Italian passport, is also part of the best defence in Italy, conceding just 23 league goals during the campaign, one less than title rivals Juventus.

Luiz could be available for just £18million this summer with his contract with Lazio set to expire in 2022, although Mundo add that he is in talks over an extension.

If Barca follows you, it is an honour, his game is ideal for Spanish football

Despite this, his agent Stefano Castagna fuelled rumours of a move to the Nou Camp this summer by claiming his client's style is ideal for LaLiga football.

He told Mundo Deportivo:  “If Barca follows you, it is an honour, although the player now has his head in Lazio and trying to win the title.

“He is a very complete centre back, very technical, very fast, only 22 years old and has a community passport. His game is ideal for Spanish football.

“For now nobody spoke to me. What I can tell you is that thanks to the great campaign he is doing with Lazio, several clubs asked about him before the coronavirus outbreak, so it would not surprise me if he also sparked Barca’s interest.”

Barcelona are gearing up for a huge summer in the transfer market as they bid to resign Paris Saint-Germain superstar Neymar.

Inter Milan's Lautaro Martinez also remains an option, but the Argentine carries a £100m release clause that is valid from July 1st to 15th.

SunSport previously revealed that Arsenal captain Pierre-Emerick Aubameyang wants to sign for Barcelona amid claims they see him as the perfect bargain buy.