Australia's Ashleigh Barty has bowed out of the Canadian Open after suffering a straight-sets semi-final defeat to world No.1 Simona Halep.

The top-seeded Romanian cruised to her third career final in Canada with a 6-4 6-2 victory over the error-prone Australian in just one hour and 10 minutes in Montreal on Saturday. 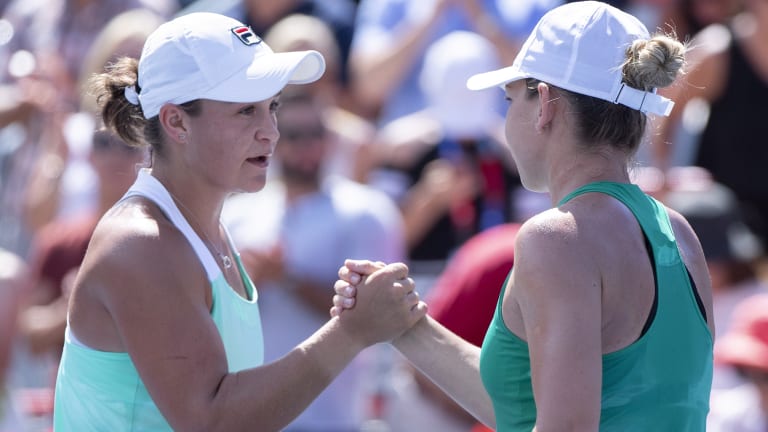 The timing of the match, in the afternoon, upset the French Open champion after her Friday evening quarter-final win.

"If you look at the schedule, I think I'm the only one person and player who has the worst schedule during the week," Halep told the Montreal Gazette.

"My opponent has already six hours at the hotel resting, and I just finished the match and I'm doing now these [interviews]," Halep said at 9pm local time.

Barty, who faced Halep for the first time in her career, won just one of seven break point chances she created and racked up 37 unforced errors.

The 2016 Rogers Cup champion won four of the match's first five games, and broke Barty twice before the 22-year-old Australian registered her first, and lone, break in the sixth game. She held serve for the remainder of the set. 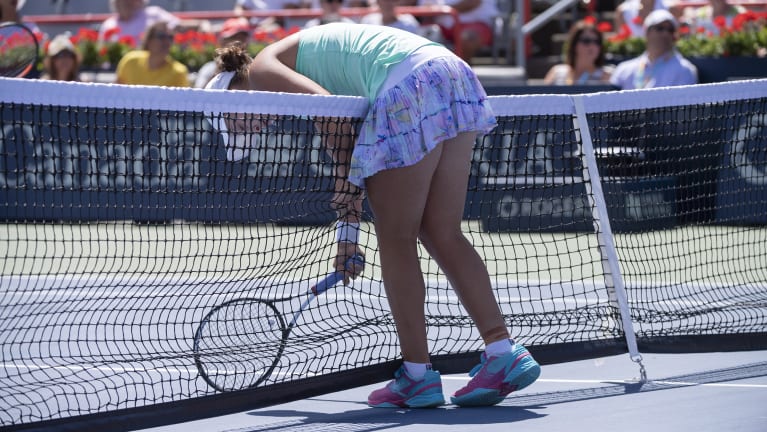 Hangover: Ashleigh Barty of Australia drapes herself over the net after missing a return.

The second set went much quicker with Halep winning seven of the last eight games.

Halep, will now meet the winner of the late semi-final between defending champion Elina Svitolina of Ukraine and US Open winner Sloane Stephens for the title on Sunday.

The defeat must have been tough for Barty, who only lost a single set over the previous four rounds.

The world No.16 eclipsed her previous best at the Canadian tournament, a place in the last 16 in 2017.

Meanwhile world No.1 Rafael Nadal got off to a slow start but rallied for a 2-6 6-4 6-4 victory over seventh-ranked Marin Cilic in the quarter-finals Canadian Open.

Cilic came out on fire at the start of Friday night's match, hitting 17 winners en route to capturing the opening set.

The Spaniard finally got his nose in front with a break early in the second set, but Cilic fought his way back on serve before Nadal forced the decider by breaking the Croatian's serve in the 10th game.

Little separated the two players in the decider until the final game, when Nadal clinched the victory by breaking Cilic's serve for the third time in the match.