The best catch ever? I’ll drink to that! Baseball fan who had her hands full with a beer and mobile phone takes ball in her cup – before celebrating moment by downing it

The Atlanta Braves thrashed the San Diego Padres, 14-1, at Petco Park on Wednesday night but the star of the show was in the stands.

Holding a mobile phone in one hand and a beer in the other, one Padres fan, identified as Gabby DiMarco by MLB.com, somehow managed to catch a high foul ball after the batter sliced a shot backwards from the plate.

The ball landed in the woman’s pint, which remarkably remained in her hand. 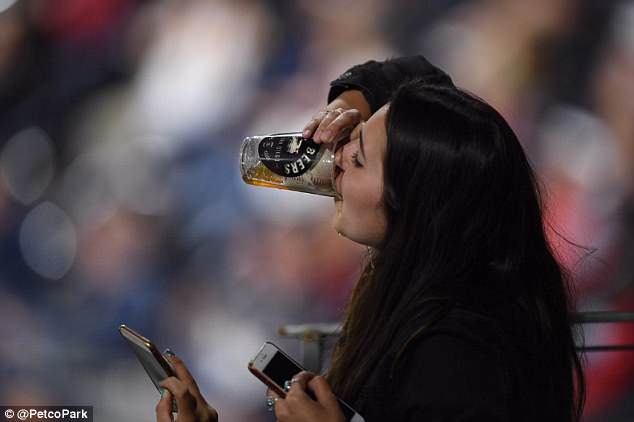 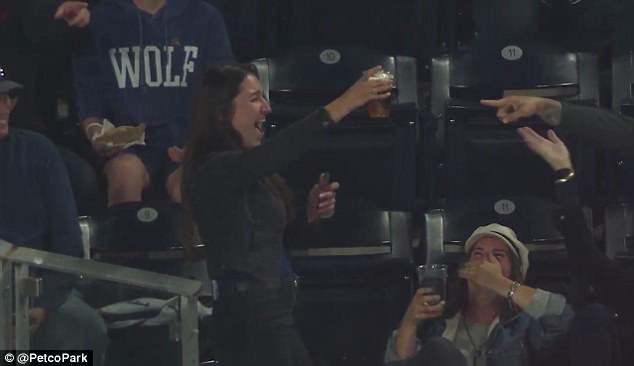 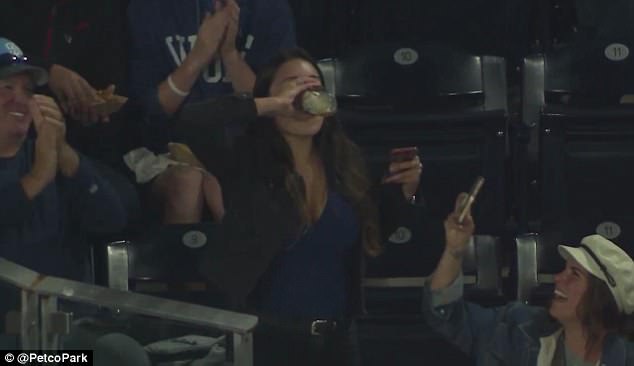 Undeterred by the presence of the ball in her plastic cup, she then proceeded to down the remains of the beverage while lapping up the applause of her fellow baseball fans.

She later told MLB.com: ‘It bounced from behind me, I was trying to catch it, and it landed in my cup.’

Something very similar happened at the Masters in Augusta earlier this year when a shot from Jason Day hit a tree before bouncing off a patron’s shoulder and into the cup of beer in his hand.

Instead of reaching into his pint, the man chugged the remains of the drink before handing the ball to Day.

Day was given a free drop as close to the incident as possible but went on to bogey the hole. 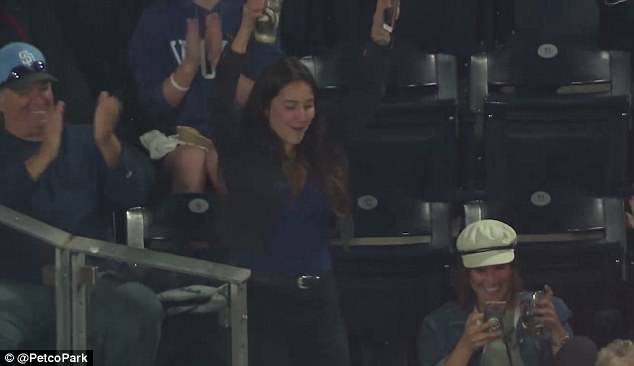 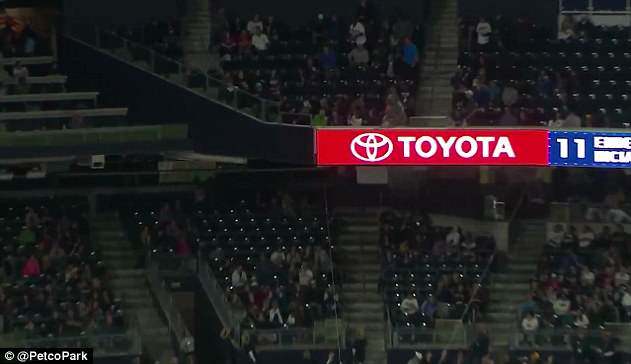 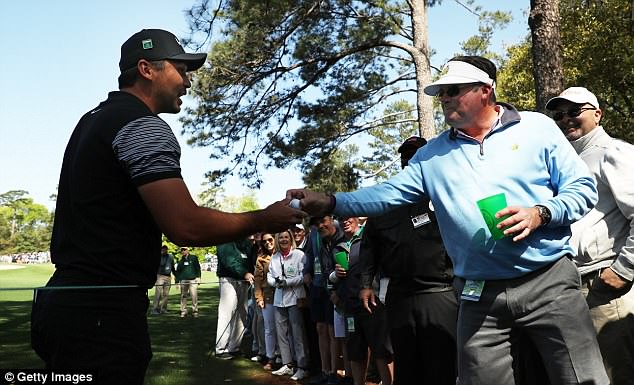 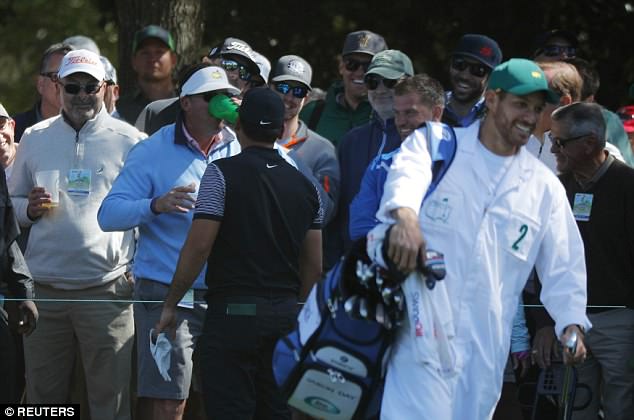