But the man who replaced him – Bernardo Silva – struck twice to inspire a super comeback for Manchester City. 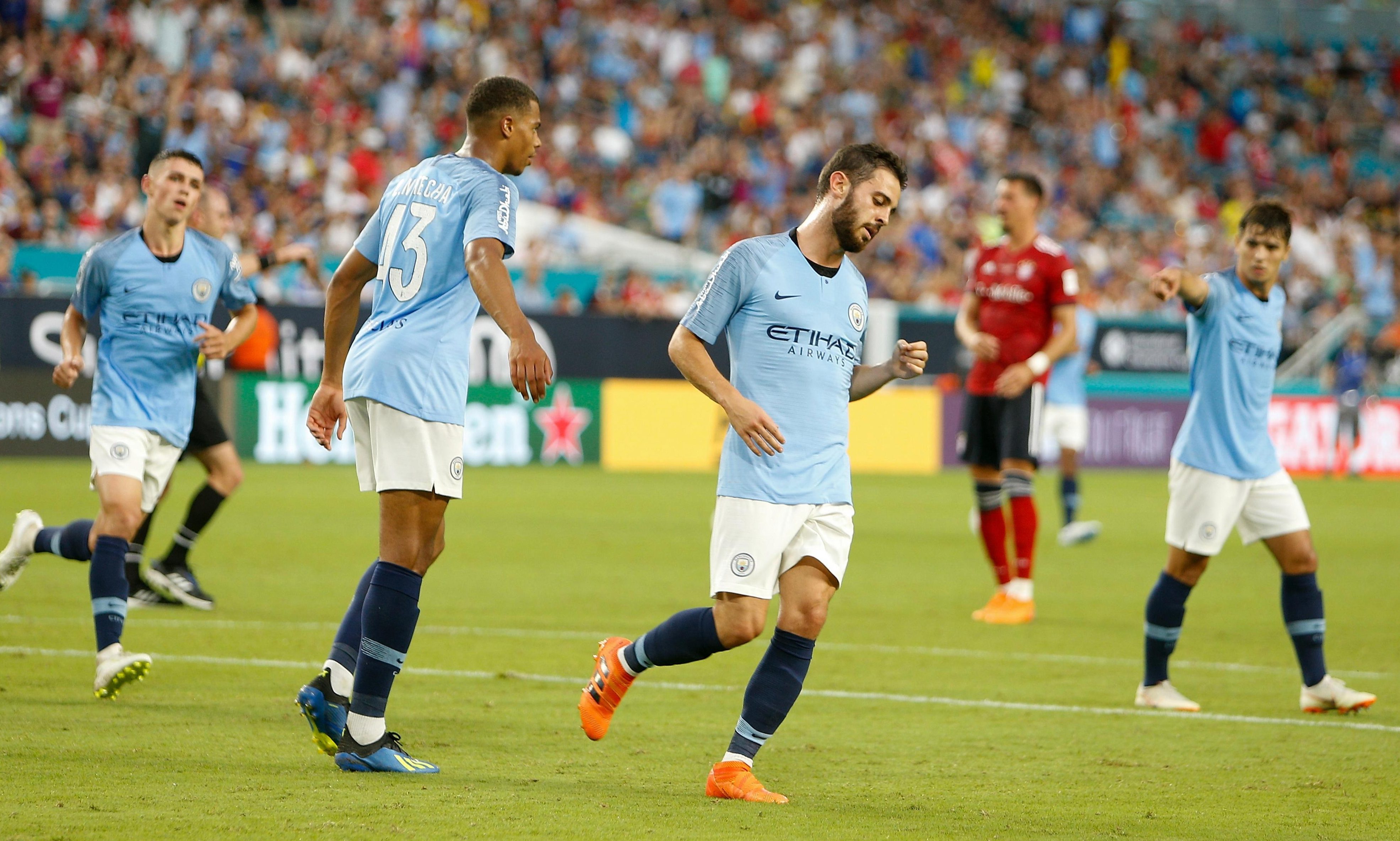 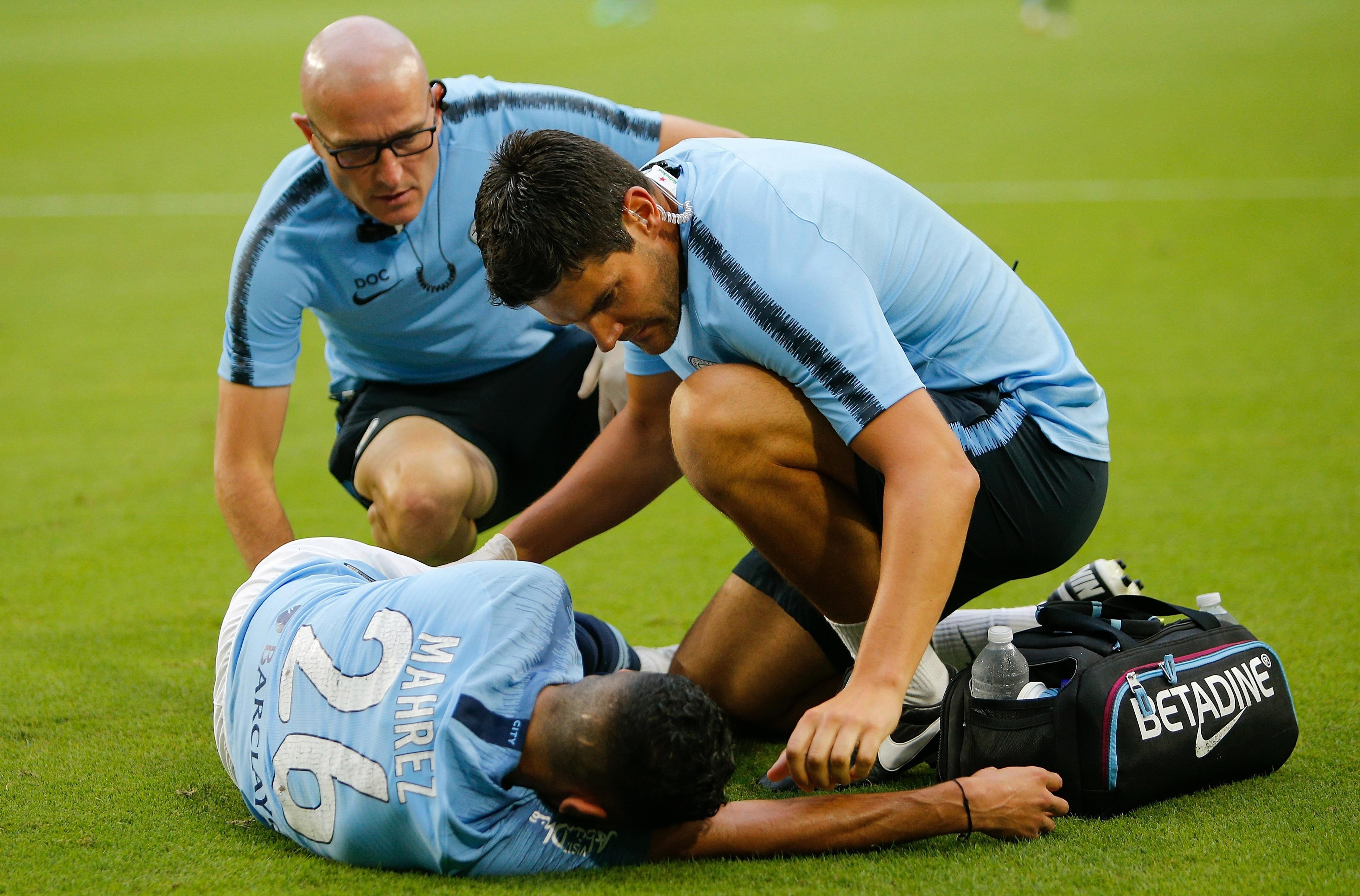 And it meant Pep and his young side headed home in the early hours of Sunday with a first win of the new campaign under their belt.

City completely dominated the opening exchanges with Mahrez once again catching the eye.

It was his pass that set Lucas Nmecha free but the young striker was unlucky to see his angled shot hit the post.

Completely against the run of play, the German champions took the lead as Rafinha's cross was nodded in by Shabani.

Midway through the first half, Bayern doubled their lead as Frank Ribery picked out Arjen Robben.

The two widemen have combined so many times over the years and the former Chelsea man lifted the ball over Claudio Bravo to score with ease. 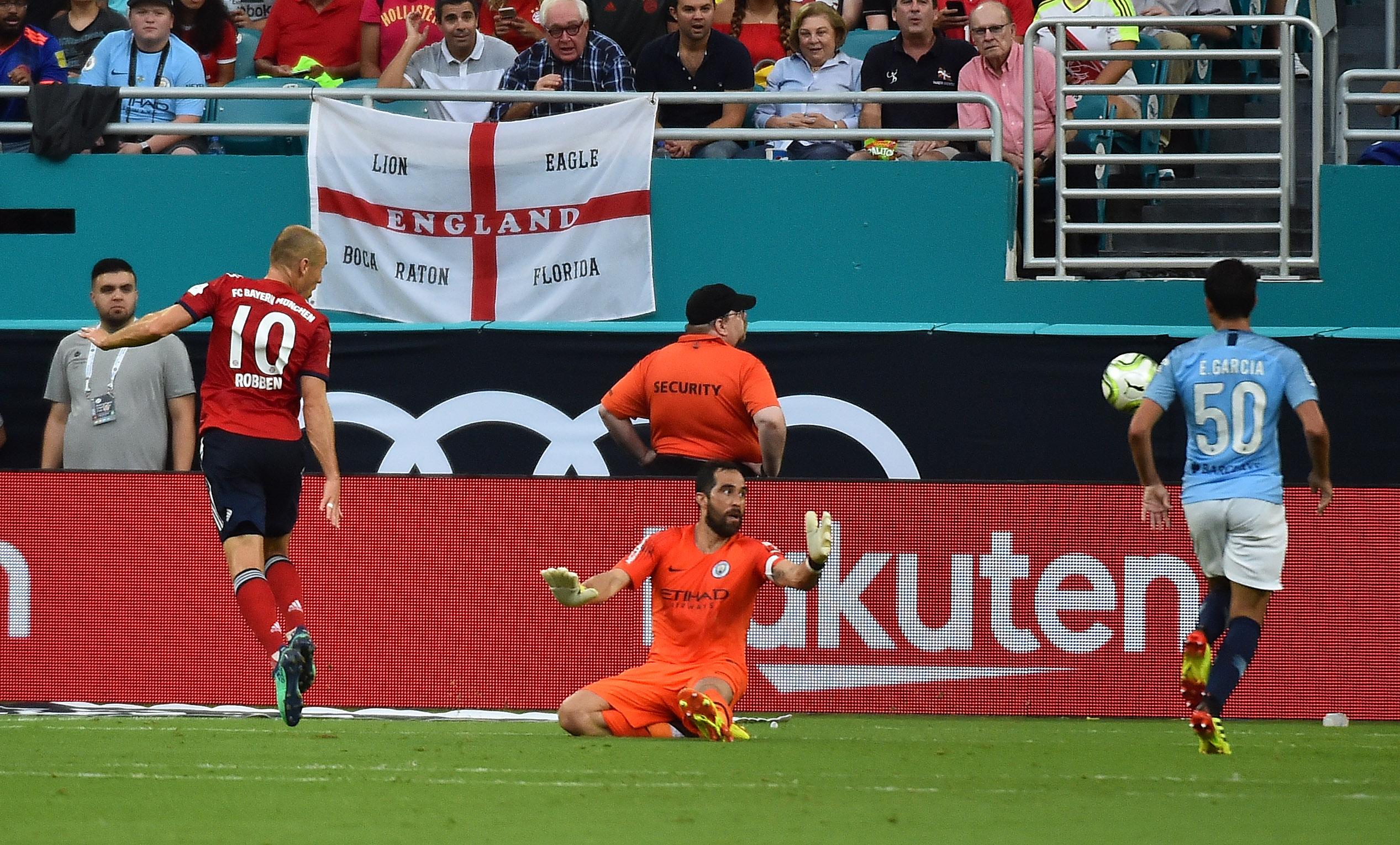 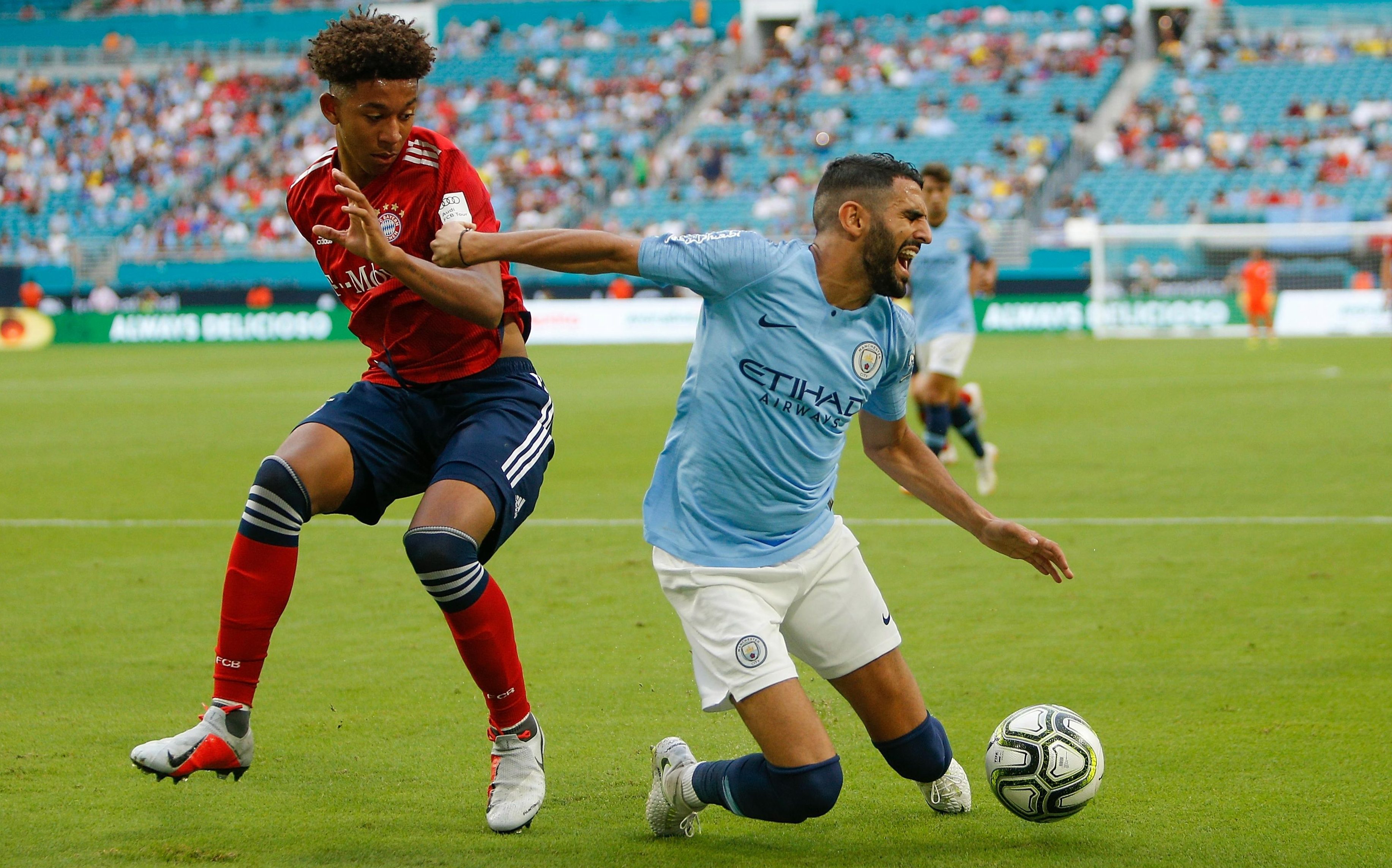 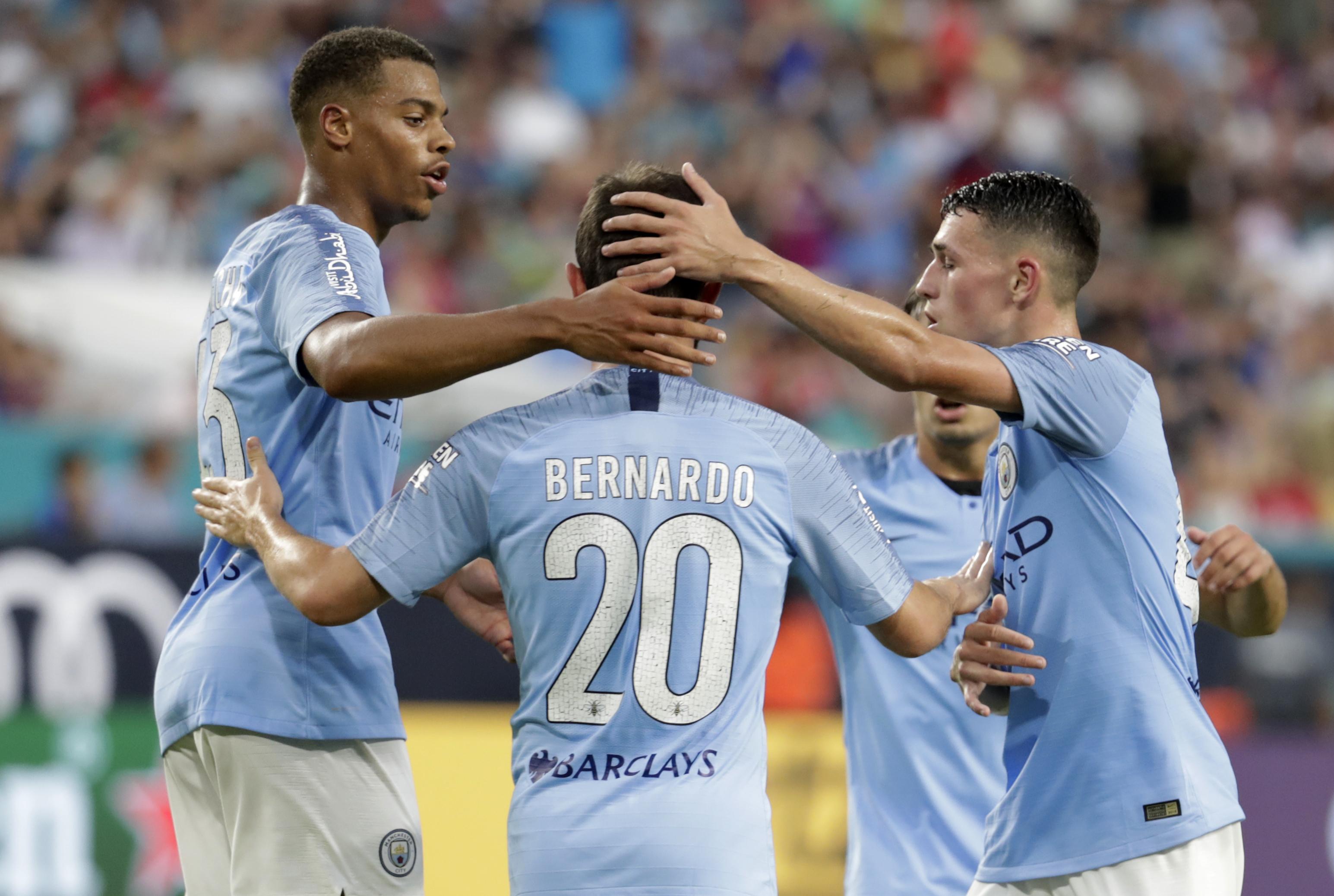 A more significant blow for Guardiola came soon afterwards as Mahrez was forced to hobble off with what looked like an ankle injury.

Bravo dived full length to deny Robben another goal as Bayern turned on the style.

But City got the goal their first half efforts merited just before the break as sub Bernardo Silva – who had replaced Mahrez – curled home from the edge of the box. 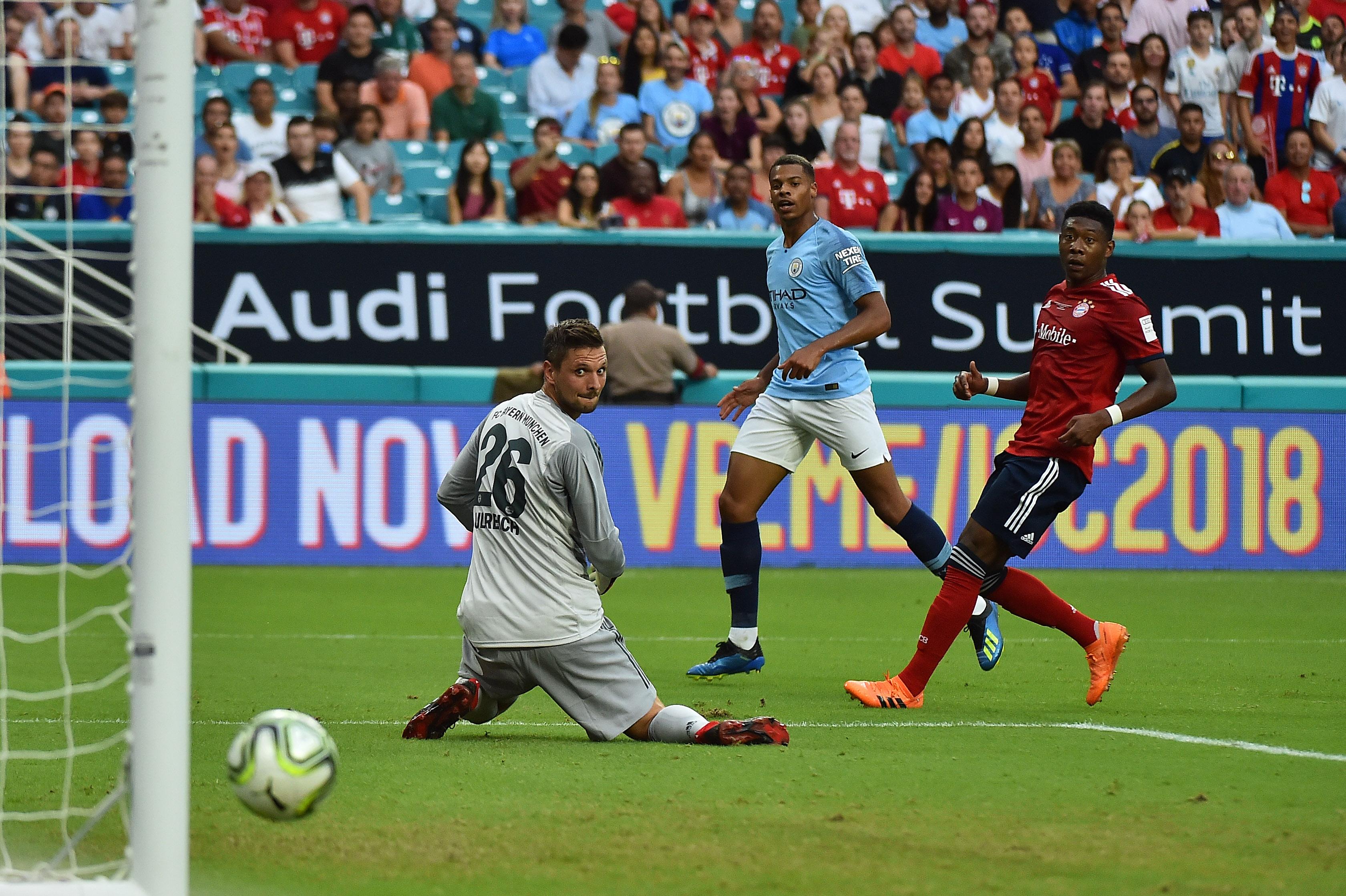 Soon after the restart City were level as Phil Foden – who had impressed in the first half – fired in a low shot.

It was only parried by the Bayern keeper and Nmecha was on hand to slot in the rebound.

And the comeback was complete midway through the second half thanks to some nice work from sub Adrian Bernabe.

The former Barcelona teen showed some nifty footwork to tee up Bernardo to score his second of the game with a crisp strike.