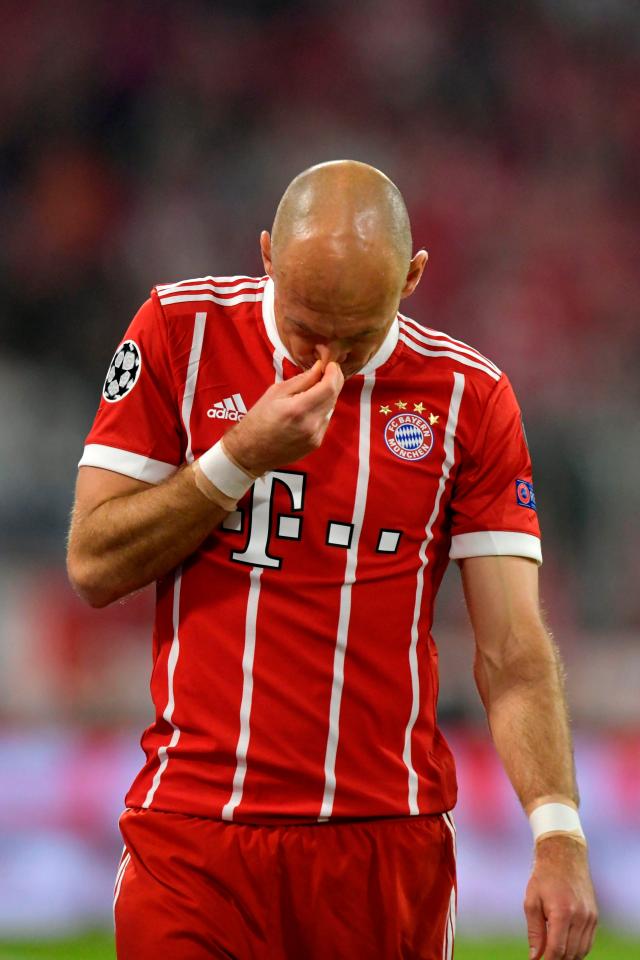 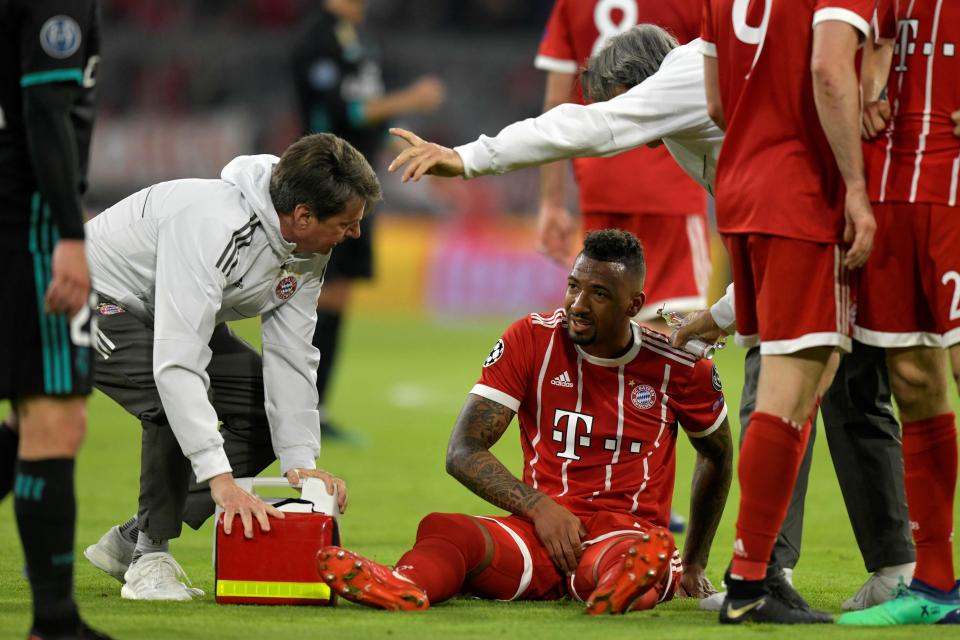 The winger, 34, sat down on the pitch suffering from what appeared to be a muscle problem.

It seemed the one-time Champions League winner could play on as he walked off the pitch without help.

But moments later his night was up as boss Jupp Heynckes replaced him with midfielder Thiago. 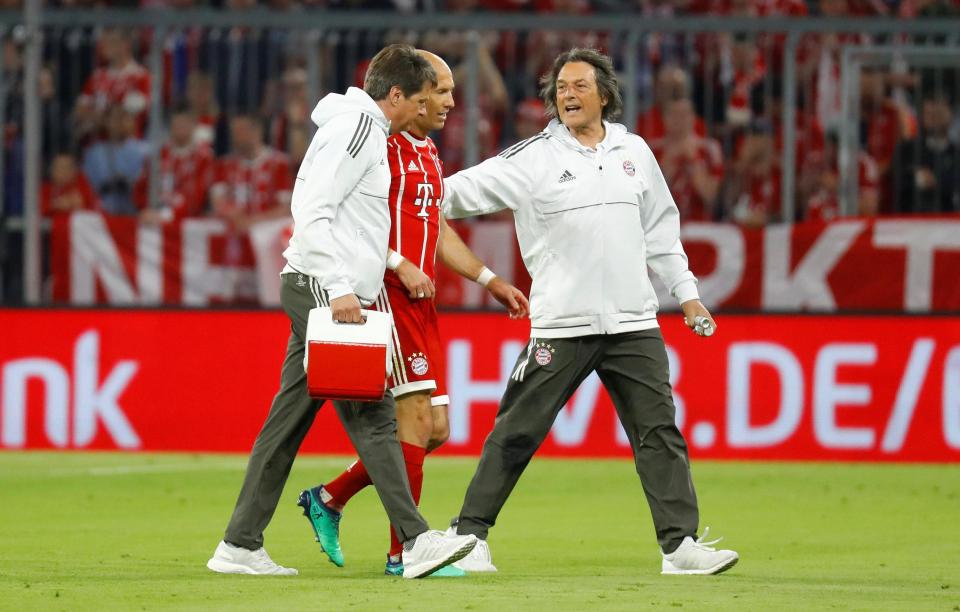 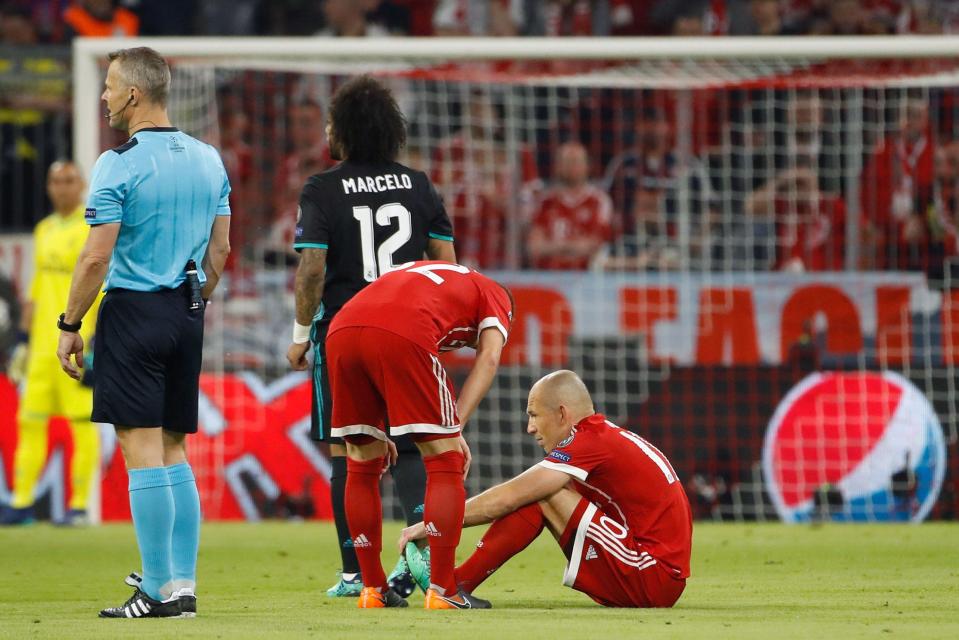 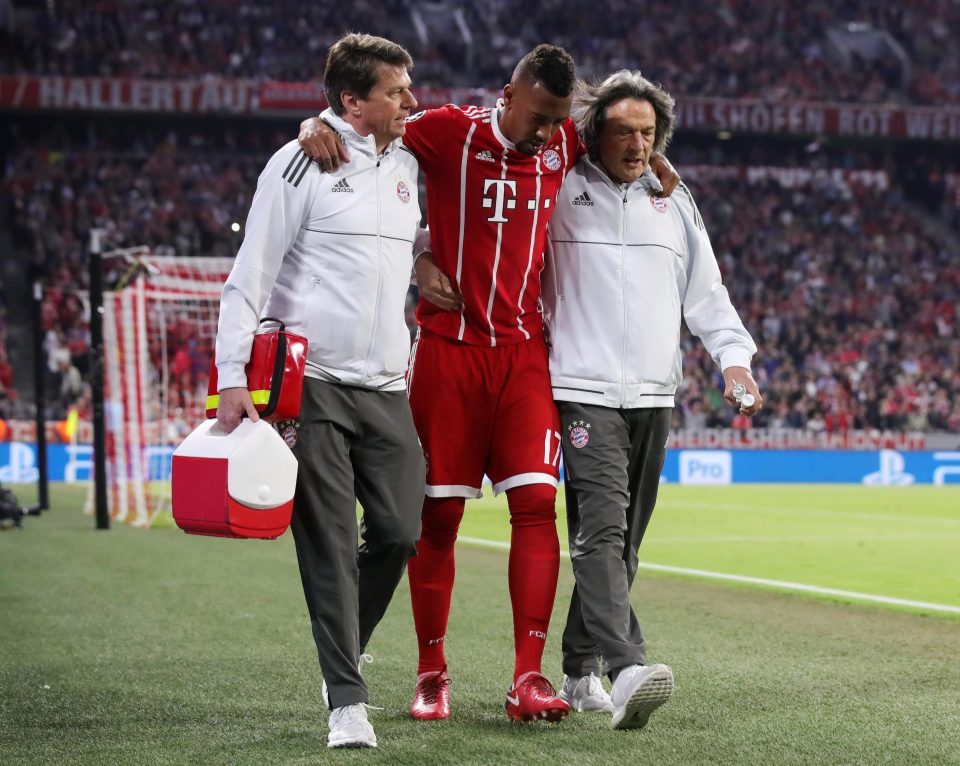 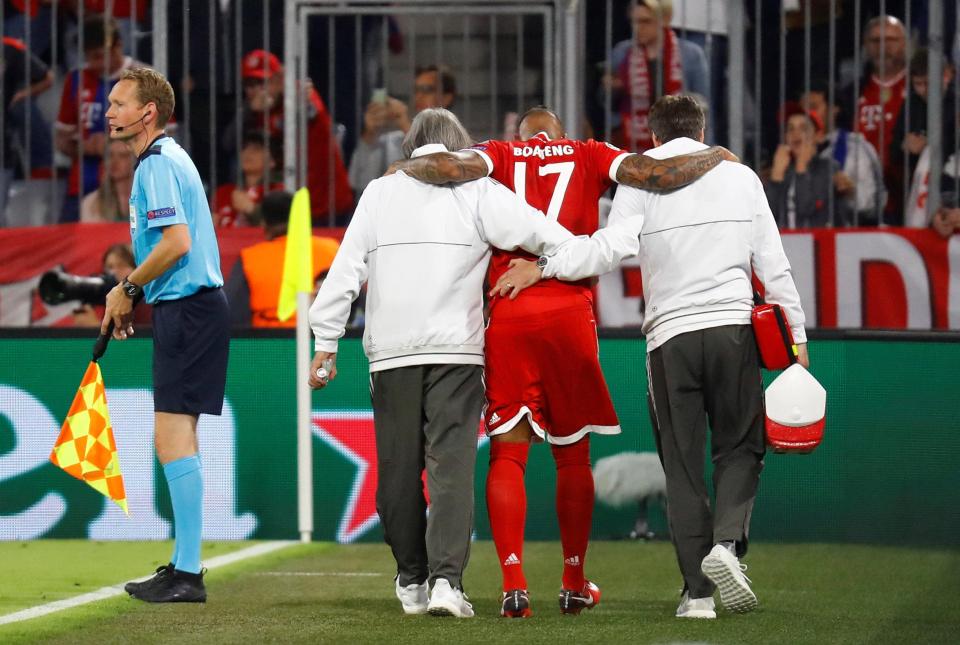 Boateng, 29, hit the deck after stretching for the ball while trying to dribble past Marcelo.

He immediately felt his hamstring and shook his head, before hobbling off the field with the help of two Bayern medics.

Tonight's match could be Robben's last for Bayern in the Champions League as he is out of contract in the summer.

SunSport columnist Lothar Matthaus explained how Robben could be the difference in the Champions League clash by exploiting the space left by Marcelo at left-back.

The German legend proved to be correct as right-back Joshua Kimmich stormed down the flank and caught out keeper Keylor Navas at his near post to open the scoring  after 28 minutes.

But Marcelo made up for his defensive error by smashing in a gorgeous half-volley from the outside of the box to level the scores before half time.

Real Madrid starlet Marco Asensio then scored a brilliant goal on the counter, dinking over Sven Ulreich early in the second half.